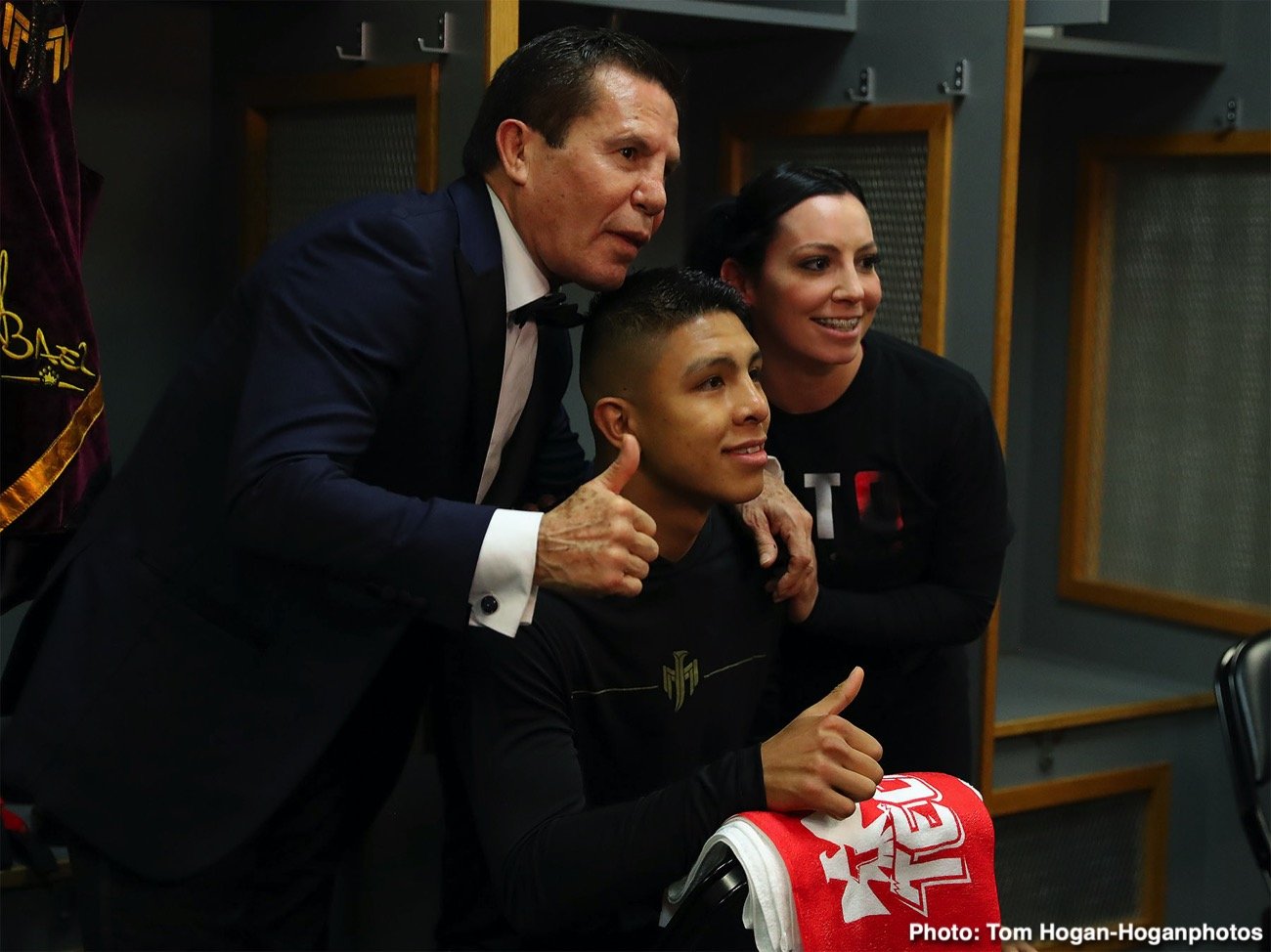 Imagine an action fighter being 44-0 and still a largely unknown quantity to the mainstream fans (outside of Mexico, that is). Imagine this fighter with 44 pro fights under his belt being just 22 years of age. This was the great Julio Cesar Chavez in the summer of 1985; but Chavez had yet to become great in the eyes of the fans.

Chavez had won the WBC super-featherweight title with an impressive stoppage win over Mario Martinez in 1984 and, in the summer of the following year, having caught the eye of Don King, the man who would go on to become recognized as the greatest Mexican fighter ever was matched with former 130 pound champ Roger Mayweather. On paper, “The Black Mamba” was Chavez’ toughest test yet. And, for a little over a round, Mayweather gave Chavez some problems and it looked as though a long, hard fight was to come.

Mayweather, who would of course go on to become a fine trainer; most notably guiding his nephew to many big wins/special performances, had been stopped in one shocking round by Rocky Lockridge, yet he was tough and durable. And Mayweather had good skills, he was fast and he could punch.

Mayweather got off to a bright start during the fight that was held at The Riviera in Las Vegas 35 years ago today, cracking an advancing Chavez with a sharp right to the head. Mayweather won the opening three minutes, boxing quite masterfully. Yet Chavez was patient, patient, patient. Constantly pressing forward, Chavez was seemingly unconcerned over what was coming back his way, launching his own right hands. Some were made to miss by quite a margin, so slick was Mayweather.

That made the ending of the fight, in the 2nd round, all the more unexpected. Suddenly, having been tagged by another Mayweather right hand upstairs (and barely flinching), Chavez crashed home with two big rights of his own. Mayweather’s thin legs buckled and down he went. Amazingly, Richard Steele ruled it a slip. Seconds later, Chavez drilled a dizzy Mayweather with three more hurtful rights to the head, the third blow snapping Mayweather’s head around. Down he went, this time receiving a count.

Hurt bad and on incredibly shaky legs now, Mayweather showed real heart in trying to fight the rampaging Mexican off. Downed again, more from a discombobulated stumble than anything, Mayweather was fighting on borrowed time. Chavez closed the show with a right followed by a left to the jaw and down went Mayweather again. This time, though the former champ made it back to his feet yet again, Steele had seen enough and waved the fight off.

Chavez was a star in the making and everyone knew it. The two would meet again, in 1989, with Chavez having a tougher time of things, eventually getting a 10th round corner retirement win; this time up at 140 pounds.

Chavez would eventually reach the incredible record of 89-0-1, before suffering his first loss in 1994.