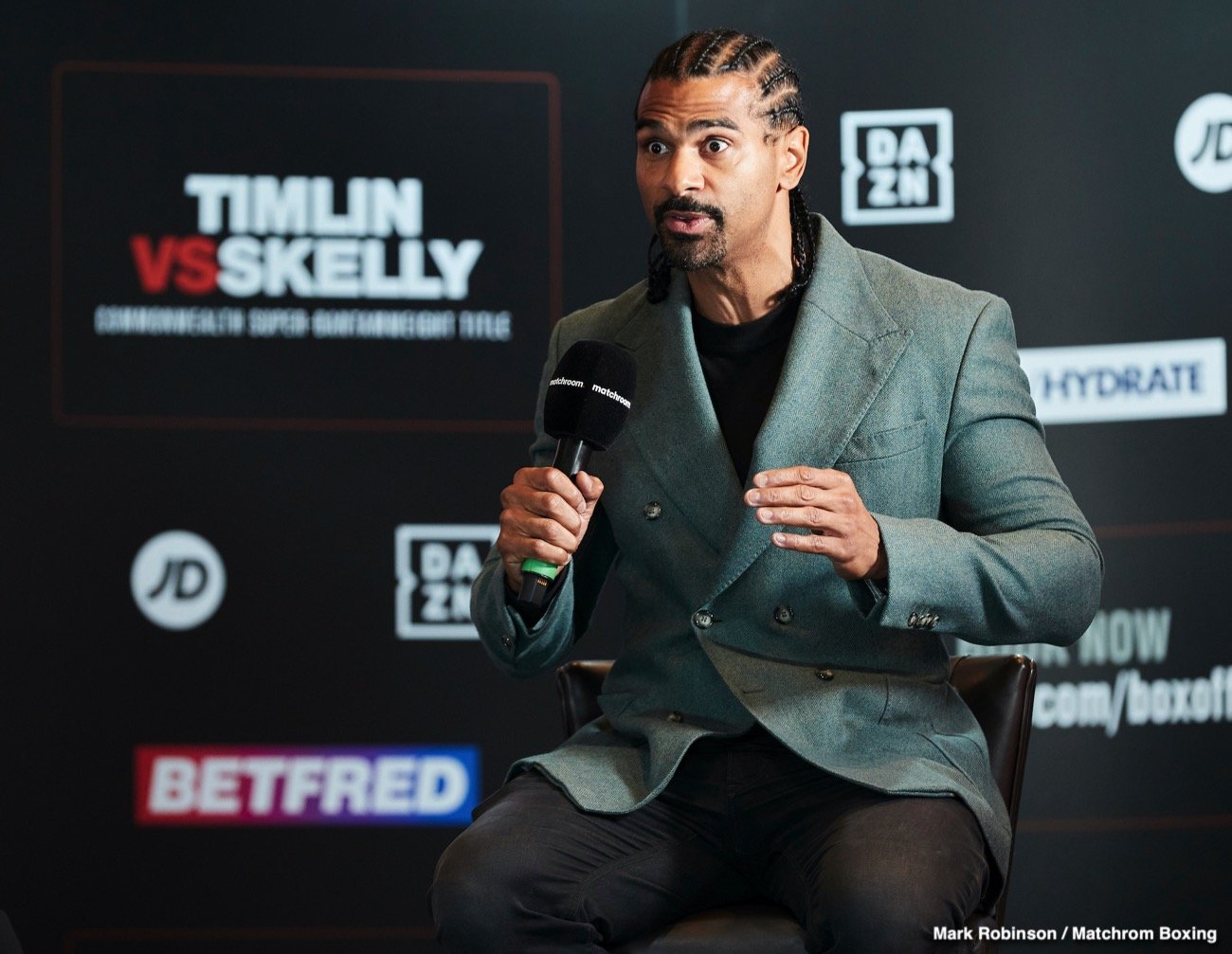 If ever a fight and its utterly disappointing outcome taught us how the extreme confidence and pre-fight promises a fighter can come out with prior to entering the ring can mean absolutely nothing, it is the fight/farce that took place exactly ten years ago today.

It was on this day back in 2010 when former friends now rival heavyweights David Haye and Audley Harrison met in a heavily hyped showdown dubbed “Best of Enemies.”

In the run-up to the fight that would see Haye defend his WBA portion of the heavyweight championship, fan interest grew. There was controversy, with Haye stating, in a quite unsavory manner, that the fight would be “as one-sided as a gang-rape.” There was anticipation, with Harrison vowing to give it his all; “A-Force’s” mantra being “Yes I Can.” The two really went at it in the build-up, with both men predicting a good fight. And we bought it.

But what we got was a fight so bad, so disappointing, so pathetic, that fight fans everywhere were demanding their money back.

Harrison had promised so much after winning Olympic gold in 2000. But after a run of unbeaten fights on BBC TV (Harrison allowed to pick his opponents), the tall, athletic southpaw was beaten by Danny Williams, then by Dominick Guinn, and then, after getting revenge over Williams, Harrison was knocked flat by Michael Sprott.

Another loss came, this one to Martin Rogan, but here at least, Harrison fought with gumption. Then, in a rematch with Sprott, Harrison showed real heart in overcoming a shoulder injury to sensationally KO Sprott in the final round.

It was felt Harrison would display this fighting heart in his next fight.

It was announced how Haye, who had beaten the huge Nikolay Valuev to take the WBA belt, in so doing become only the second man to have won world titles at both cruiserweight and heavyweight, would defend against Harrison. Haye and Harrison had sparred, and now, in Haye’s second defense of his heavyweight belt, they would fight for real. Only they wouldn’t. Harrison didn’t fight at all that night in Manchester.

Haye stalked a reluctant Harrison in the opening two rounds, with neither man doing much of anything. Then, in the third, Haye opened up. Battering Harrison around the ring, Haye then dropped his rival with an accumulation of shots. Harrison went down. He got back up but was then stopped as Haye resumed his attack. It was over. Harrison had landed one solitary punch through the entire duration of the fight, this being a jab.

The cries of outrage were deafening. “Disgrace.” “Joke.” “Embarrassment.” “Harrison should not be paid.”

After an investigation into the fight, Harrison was paid. However, not too long after this fight, and largely because of its unsatisfactory outcome, Sky Sports stopped putting out boxing on pay-per-view. It’s back now, as we all know. But Haye KO3 Harrison really was one of the lowest moments in modern-day British boxing. Later, more outrage emerged when it was claimed Haye had “carried” Harrison into the third-round because this was the round he had told his friends and family who would bet on the fight when he would end matters. Could Haye have taken Harrison out quicker if he’d tried to do so? It sure looked like it.

Harrison was a great talker, a great talker who could convince you he was set for a great victory. But after the Haye disaster, not too many people were willing to listen to Harrison ever again.

Today, Harrison’s legacy is that of paving the way for future British Olympians such as Anthony Joshua; Harrison’s 2000 triumph leading to improved funding. Haye, of course, went on from the win over Haye to suffer ridicule himself this due to his perceived non-effort against Wladimir Klitschko in the summer of 2011.