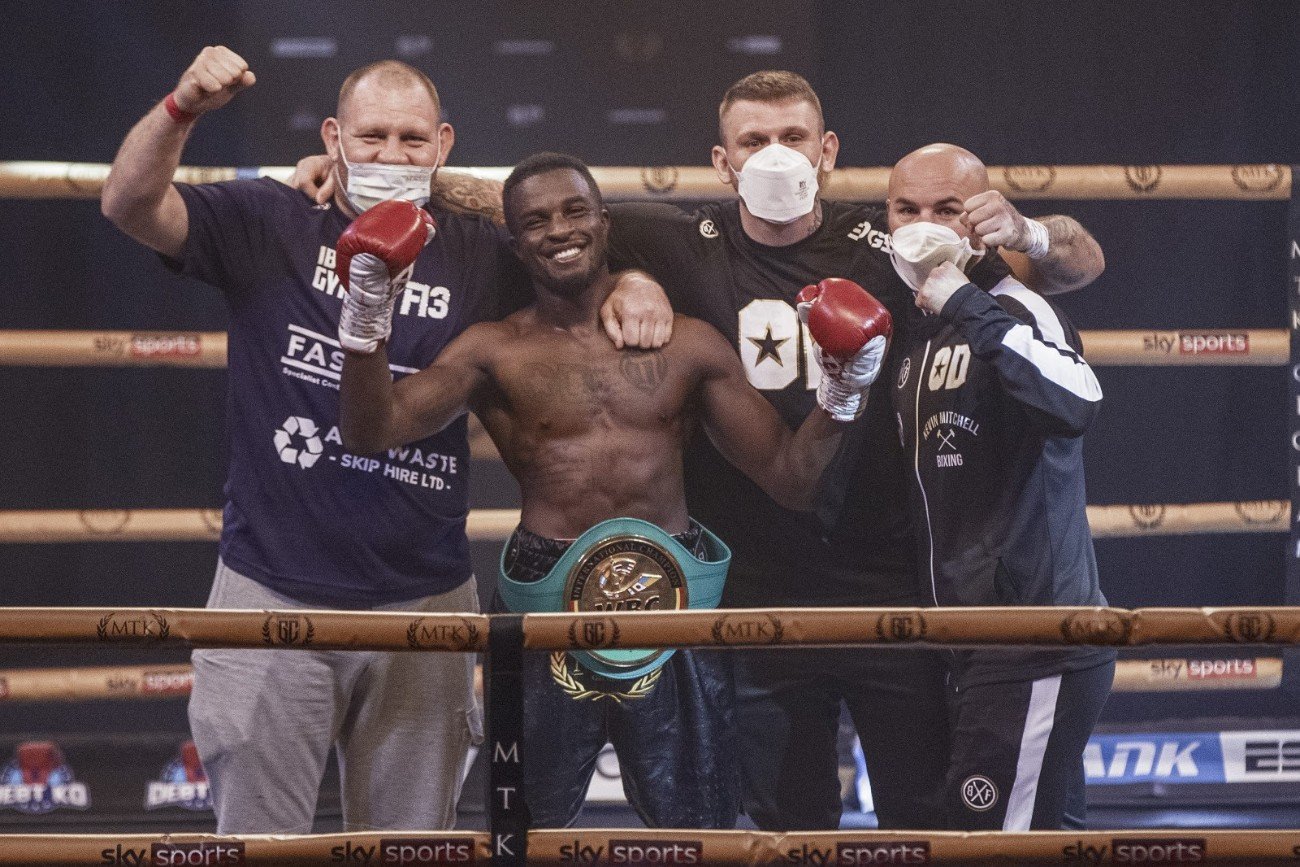 Ohara Davies won the final of #GoldenContract with a dramatic majority decision victory over Tyrone McKenna.

The two men had their bitter grudge match at Production Park Studios in Wakefield, with Davies coming out on top after a close battle to win the Golden Contract and claim the WBC International super-lightweight belt in the process.

Elsewhere on the card, Serge Michel moved into the #GoldenContract light-heavyweight final with a lethal fourth-round stoppage win over Liam Conroy.

On multiple occasions, Michel dropped Conroy, earning the win inside the distance and booking himself a final in the showdown with Ricards Bolotniks.

On the undercard, Steven Ward made a successful move into the cruiserweight division with a points win over Jone Volau, Ben Fail won his professional debut with an impressive points victory against Robbie Chapman, and rising star William Hamilton defeated Genadij Krajevskij.

Photos from the event are available HERE (please credit MTK Global), with quotes from each fight listed below:

“I’m the first-ever Golden Contract champion, and this is only the start. I’m going to kick on from here and continue to have success.”

Michel: “I am very happy. Round by round, I was feeling better. I landed with the right uppercut and cross; those are my best punches. I am here to win the tournament, and it will be a great final with Bolotniks.”

Ward: “He was a tough lad, but I felt really good in there. I wasn’t going in there to stop him. I’ve put 25 pounds on since my last fight, so it’s a big jump. I just went in there and did what Nigel and Jamie told me to do.

“I don’t know how I made light-heavyweight. It was just sheer dedication and good people around me. I’d love to fight for a British title before the end of the year. I have the ability.”

Fail: “I enjoyed it. Robbie was a tough man and threw some good shots. I believe in my team, and they know what they’re doing. They knew it would be a perfect opponent for me and a good learning fight.

“You get a bit more stuck in as a pro, and I enjoyed it. My brother Carl will be next to make his debut, and he’ll smash it. He’s just as good as me, if not better. We train together every day, and we both love it.”

Hamilton: “It felt good. Having that amount of time off meant I was a bit rusty, and I felt a bit sluggish in there. I don’t know if it’s the weight, as I was a bit lighter this time, but it’s good to be back and get the win.

“He’s a tricky fighter and a tough man. In the third round, he had a few tricks, but it’s all about learning. I’m hoping to be out in December in a six-rounder and pushing on.”