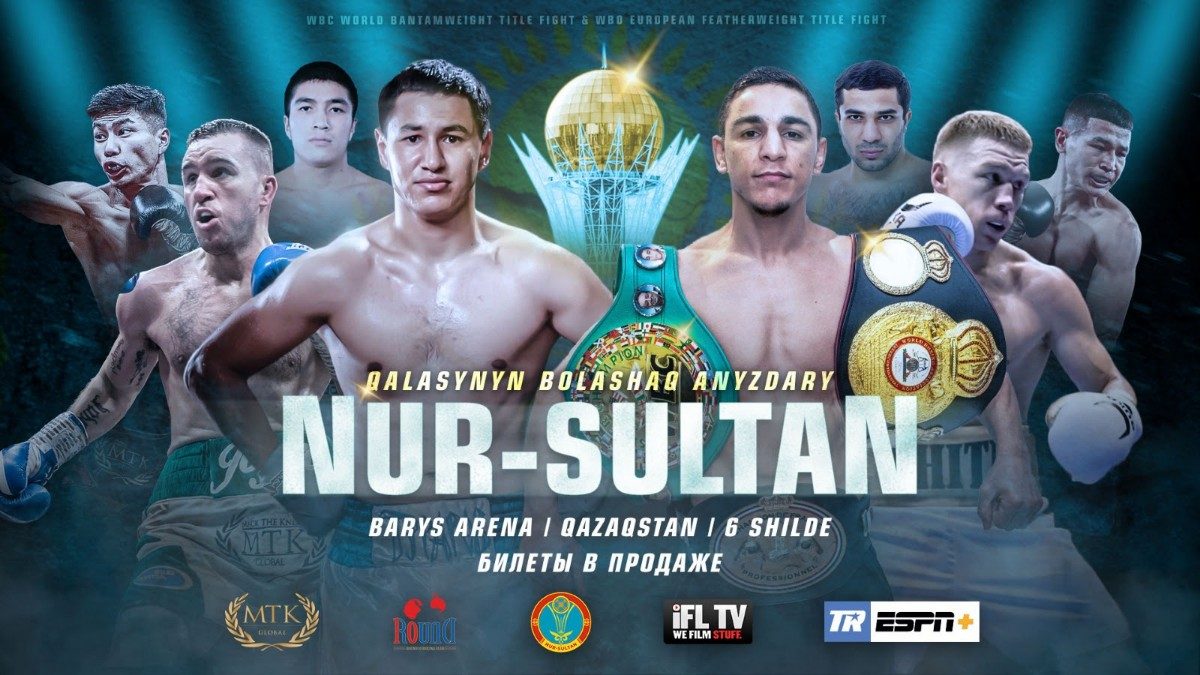 Oubaali-Villanueva and Turarov-Godoy will headline the latest edition of #MTKFightNight on ESPN+ — the industry-leading sports streaming service — beginning at 10 a.m. ET/7 a.m. PT.

Joyce jubilant ahead of Kazakhstan bill – Unbeaten star David Oliver Joyce is honoured to be fighting on Saturday’s historic #MTKFightNight in Kazakhstan – after describing the country as the best nation in the world for boxing.

Joyce (10-0, 8 KOs) takes on experienced Breilor Teran (27-17-1, 20 KOs) on the massive card at the Barys Arena in the Kazakh capital of Nur-Sultan, live on ESPN+ in association with Top Rank and also live on iFL TV.

The featherweight star is excited to showcase his skills to a new audience, and hopes a victory in Kazakhstan can move him one step closer towards a shot at a world title.

Joyce said: “I’m always ready for the challenge. I’m knocking on that door for a world title, and this fight in Kazakhstan gets me one step closer.

“I need to thank my team MTK Global for putting me on the right path and getting me the right fights that have lead me to this point so far in my career.

“Kazakhstan as a boxing nation is one of the best in the world if not the best nation. They have a lot of top class boxers as amateurs and professionals, so it is an honour to fight here this weekend.”

Nordine Oubaali is set to make the first defense of his WBC world bantamweight title against tough Filipino contender Arthur Villanueva Saturday at Barys Arena in Nur-Sultan, Kazakhstan, as part of the nation’s celebration of Capital City Day.

Oubaali-Villanueva will be the official co-feature, as a crowd of more than 10,000 fans is expected to watch unbeaten hometown hero Zhankosh Turarov fight Mauro Maximiliano Godoy in the 10-round main event for the vacant WBO Intercontinental junior welterweight title.

Oubaali (15-0, 11 KOs) won the vacant WBC world bantamweight title in January with a clear-cut unanimous decision over former world champion Rau’shee Warren. The bout, which took place in Las Vegas on the Manny Pacquiao-Adrien Broner undercard, was only Oubaali’s second pro bout outside of his native France. Villanueva (32-3-1, 18 KOs) will be making his third attempt at a world title and is unbeaten in two fights since a 2017 TKO loss to Luis Nery.

Turarov (23-0, 16 KOs) turned pro more than a decade ago in Kazakhstan and will be fighting for the second time in as many months since signing with MTK Global. He knocked out Richmond Djarbeng in two rounds last month in Cardiff, Wales, in a fight that streamed on ESPN+. Godoy (31-4-1, 16 KOs), from Argentina, is coming off a 10-round unanimous decision victory March 15 in his home nation. He is a former South American super lightweight champion who has gone 10 or more rounds seven times.

In other action scheduled for the ESPN+ stream:

Unbeaten Kazakh prospect Viktor Kotochigov (9-0, 4 KOs) will take on Jairo Lopez (24-10, 16 KOs) in a 10-rounder for the vacant WBC International lightweight title. The 26-year-old Kotochigov has fought in seven different countries in his young pro career and is on the fast track to a potential world title opportunity. Lopez, from Apodaca, Nuevo León, Mexico, has won two of his last three and will be fighting for only the second time away from his home country.

Arthur Villanueva is full of hope heading for his world title shot at WBC bantamweight king Nordine Oubaali on #MTKFightNight in Kazakhstan on Saturday.

Having challenged the likes of Zolani Tete and McJoe Arroyo for world honours in the past, Villanueva is desperate to record a life-changing victory over Oubaali.

Villanueva said: “I’m very excited for this fight and very grateful to all those who made it possible. It’s a big break for me.

“It’s always a great honour for me to fight abroad and represent my country – especially now I’m fighting with the opportunity of becoming world champion and making a name for myself.

“It’s a great honour but also a great responsibility. I grew up in a poor family and victory here is the only answer for changing my life with a good boxing career and the fulfilment of my dreams.

“I’m very excited to be boxing on this platform. I know Oubaali is an Olympian and I saw he’s a good boxer against Rau’shee Warren but this is my big chance to show my talent.” 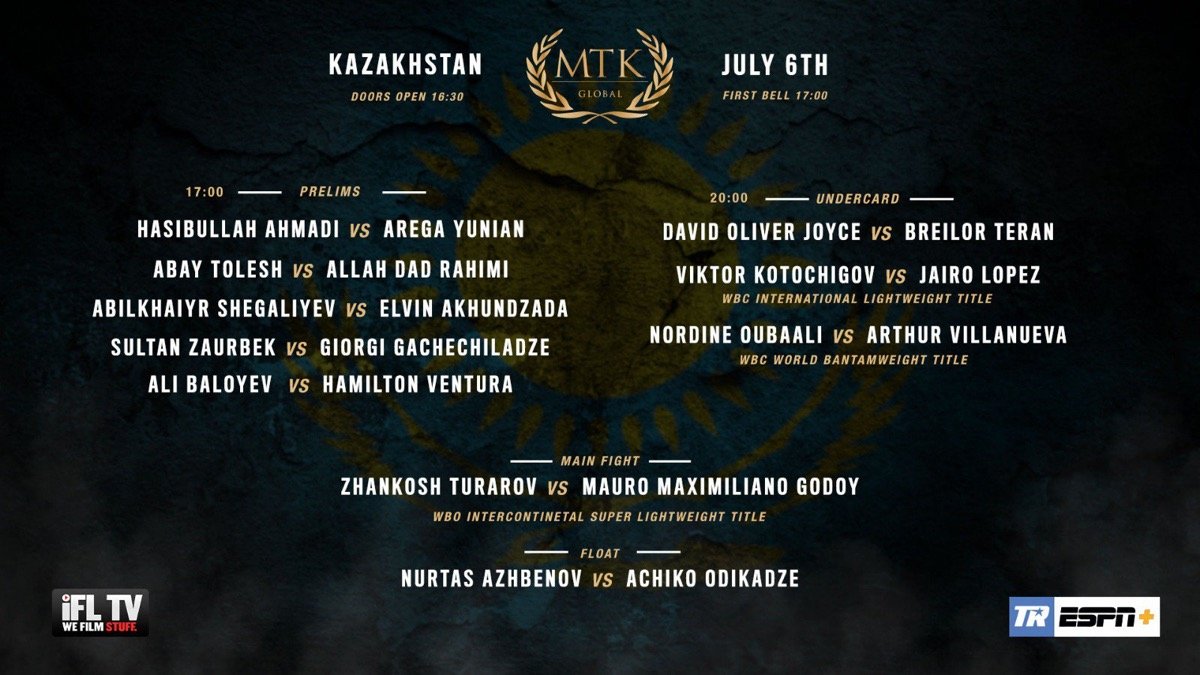 Read: Michael “Manitas De Piedra” Carbajal special VIP guest for Quigley vs. Johnson event
Read: Uriah Grant: Thomas Hearns Was Not Injured. If The Fight Had Gone On, I would Have Knocked Him Out!
Follow @boxingnews24