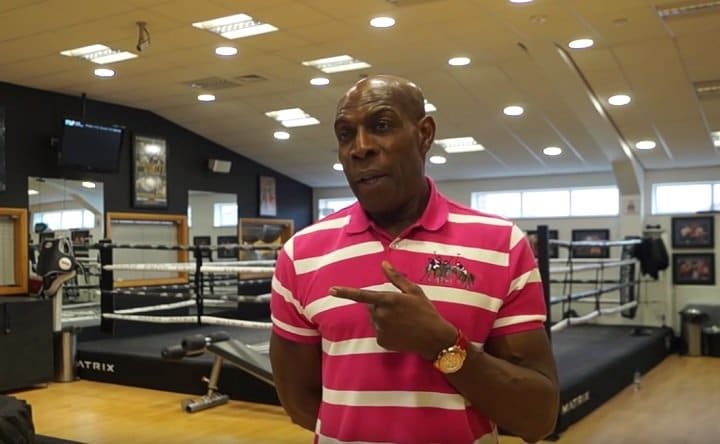 As fight fans may heave read, British superstar, indeed national treasure, Frank Bruno was hospitalized earlier this week with pneumonia. The former WBC heavyweight champ who, in his own words has “never felt so ill,” was hospitalized on Monday and many fans and some fellow fighters – including Tyson Fury – were moved to wish “Big Frank” a speedy recovery.

Thankfully, the 57 year old is said to be “on the mend” whilst still in hospital, and Bruno took to twitter to speak briefly to his many fans earlier today:

“Good morning. Thank you all for all the well wishes I’ve been reading them all – I feel like I’m finally starting to mend. I’ve certainly never felt so ill. Pneumonia…you’ve been a knockout!” Bruno wrote.

Arguably THE most popular British heavyweight boxer of all-time (with only the late Sir Henry Cooper coming close in terms of respect and adulation), Bruno really did capture the imagination of the entire nation when he was fighting. Millions upon millions of people, be they avid boxing fans or not, would tune in whenever Frank had a big fight. His four world heavyweight title challenges – the final one proving successful – were watched by enormous numbers, and even if Bruno lost, as he did to Tim Witherspoon in 1986, Mike Tyson in 1989 and, in an all-British affair, to Lennox Lewis in 1993, these same fans and observers would simply love Bruno all the more.

When he finally became WBC champ by beating Oliver McCall in September of 1995, it was a very special day in the UK. Bruno soon lost his belt, in a return fight with Tyson, but it didn’t matter. Frank had achieved his lifelong dream and he had done it largely due to the enormous support he got from his never-say-quit fans.

Bruno has of course had his troubles since retiring from the ring, most famously a battle with bipolar, but as he has shown again by beating pneumonia, Franklin Roy Bruno really is a born fighter.