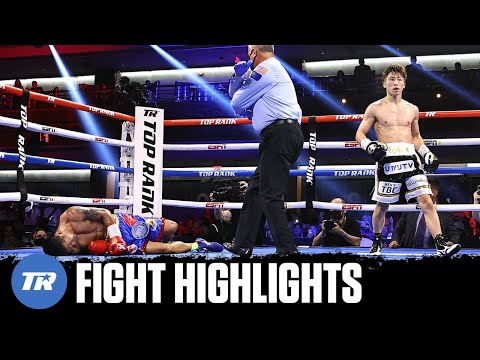 The fight was halted after Inoue dropped the 31-year-old Dasmarinas for the second time in the contest in the third. The time of the stoppage was at 2:45 of round three.

Dasmarinas really never got started in the fight, as he was in the survival mode 20 seconds into the first round after Inoue nailed him with a hard left hook to the head.

Once Dasmarinas got a taste for Inoue’s power, he was done for the night in terms of trying to win. He was running and not doing a good enough job to keep Inoue from catching him with whipping body shots.

Inoue will have to wait for the smoke to clear from WBC bantamweight champion Nonito Donaire’s unification fight against WBO champion John Riel Casimero on August 14th.

Inoue had previously hoped to fight Donaire next, but now he’ll need to wait to see who emerges as the winner in their fight. 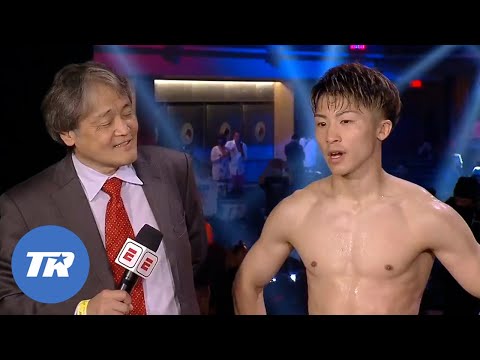 Dogboe gassed out entirely in the championship rounds, allowing Lopez to come storming back. The judges gave Lopez little credit for dominating most of the second half of the fight.

The punching power that Dogboe had when he was fighting in the 122 hasn’t carried up with him to the 126-lb division.

His stamina also wasn’t as good as it was when he was fighting at 122. Dogboe was considered small for the 122-lb division, so it’s difficult to understand why he chose to move up to 126.

After tonight’s performance, Dogboe needs to see the writing on the wall and move back down to 122 before it’s too late.

Unbeaten 2016 Olympian Lindolfo Delgado (12-0, 11 KOs) had a harder time than expected in defeating Salvador Briceno (17-7, 11 KOs) by an eight-round unanimous decision in a light welterweight contest.

Unbeaten lightweight prospect Eric Puente (6-0) defeated Jose Antonio Meza (7-6, 2 KOs) by a six round unanimous decision. The scores were 57-56, 58-55, 58-55. Surprisingly, Meza dropped Puente in the first round with a heavy shot.

Light welterweight Omar Rosario (4-0, 2 KOs) beat JJ Mariano (3-1, 2 KOs) by a fourth round knockout. Rosario dropped Mariano. The time of the stoppage was at :47 of the fourth.