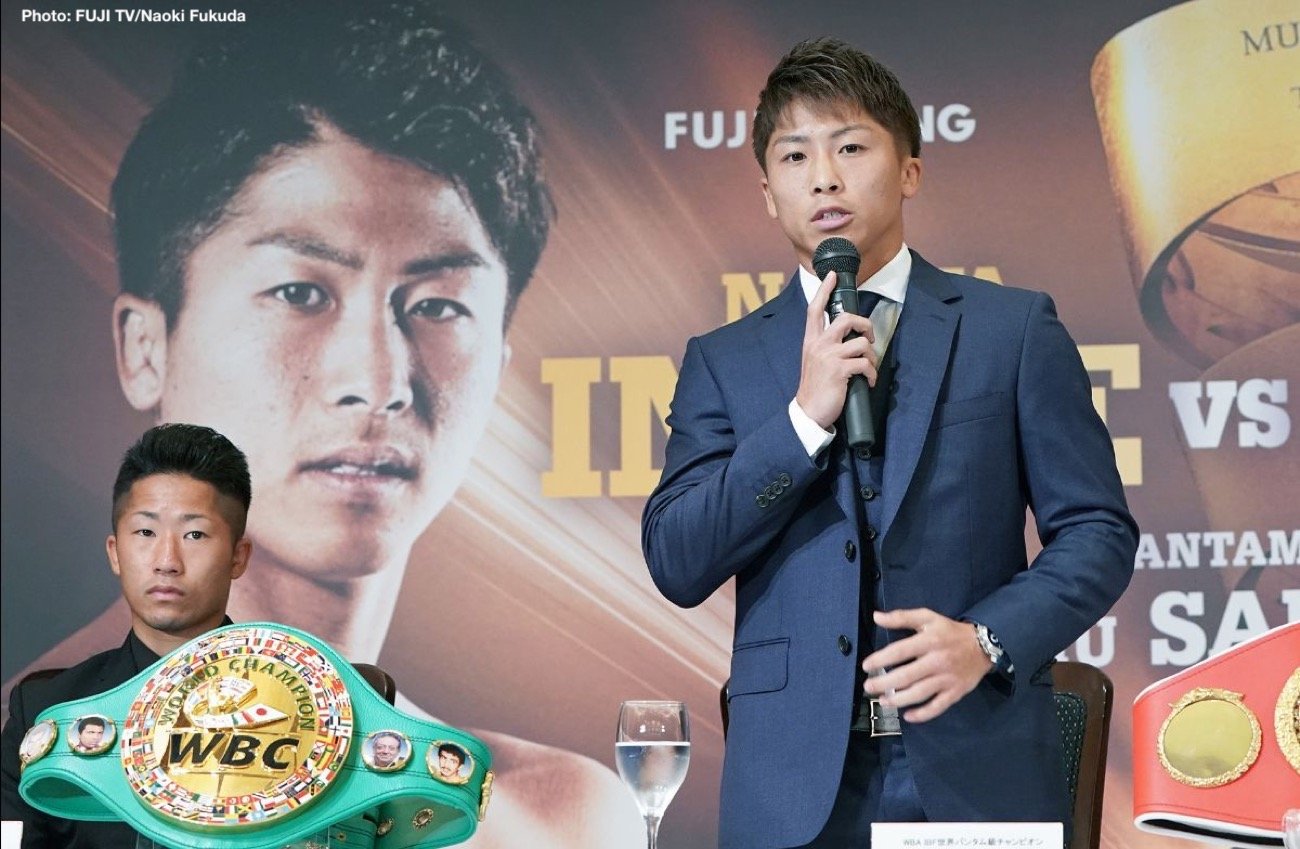 While fans of WBA/IBF bantamweight champ Naoya Inoue (and who doesn’t love watching this guy in action!) would prefer it if he was in a real fight this week, the fact that “The Monster” will be in action in an exhibition bout is still something to get at least a little excited about. Especially when we look at his dance partner. Inoue, 20-0(17) will face former WBC 112 pound champ Daigo Higa, 17-1-1(17) in Tokyo on Thursday.

There will be other exhibition bouts taking place, including:

All bouts will be scheduled for three rounds.

It is, though, the Inoue bout that carries with it the most interest. Simply put, “The Monster” is just that, a monster puncher, and it remains to be seen whether or not the 27-year-old pound-for-pound star will be able to pull his punches and/or take it easy on Higa when the bell rings. This is just not something that seems to be in Inoue’s nature. As for 25-year-old Higa, he is hungry for a shot at a world bantamweight title and it just might be that the former champ at flyweight will look to make an impression on Inoue. Higa is coming off a KO win, over Yuki Kobayashi, who he stopped on New Year’s Eve.

Simply put, these two bangers might, well, have the urge to bang the other guy out exhibition or no.

For the fans who are prepared to shell out $950 for a ringside seat, there had better be some tasty action on display. For his part, Inoue said at the press conference to hype Thursday’s show that he intends to give the fans something entertaining. This exhibition bout might prove to be far more lively than the recent 8X2 minute rounds Mike Tyson and Roy Jones engaged in back in November.

Again, we would prefer to see Inoue back in action in a real fight, but all the same, it will be good to see him in the ring in this stay-busy affair. Who knows, maybe Inoue and Higa will meet up again one day, this time in a fight that will go down on both of their pro records?