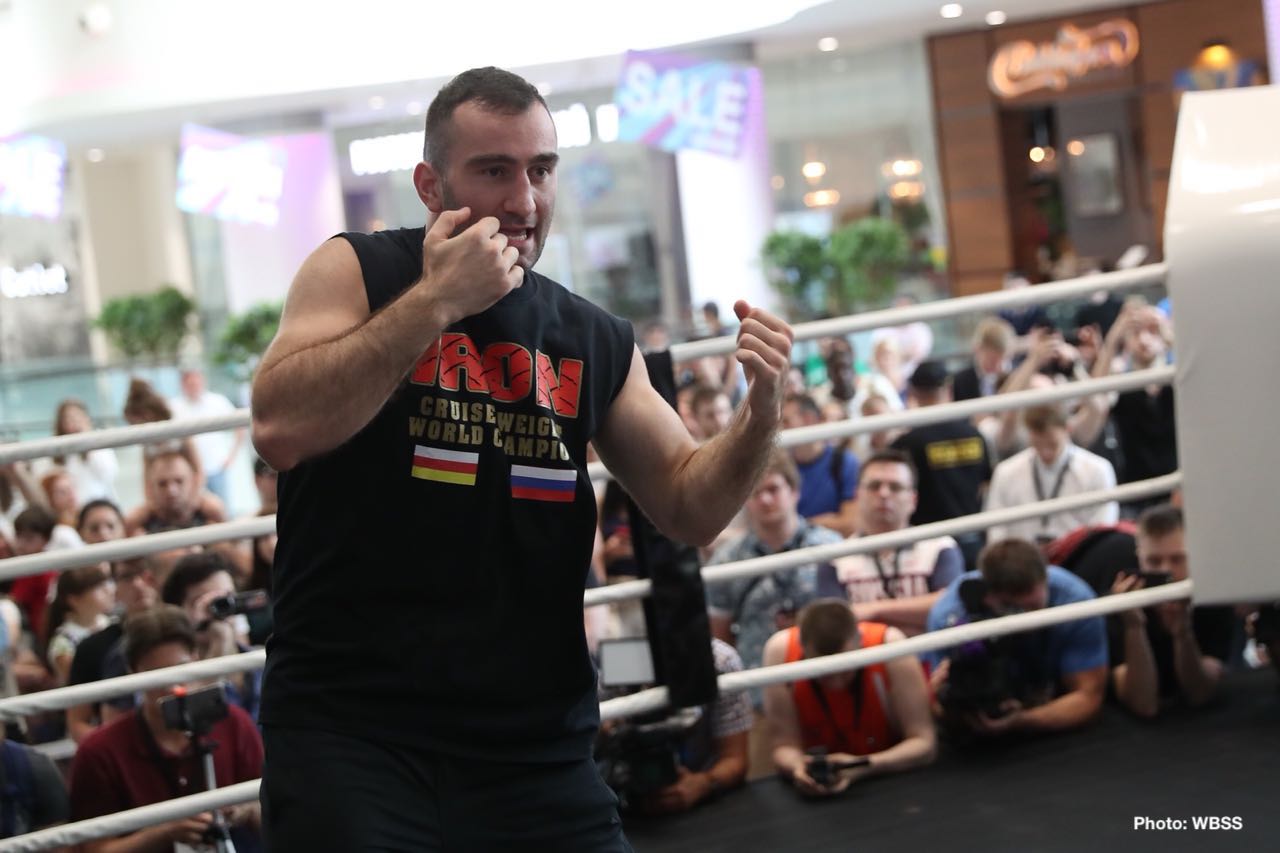 According to boxing writer Mike Coppinger, former cruiserweight champ Murat Gassiev is headed to DAZN having signed a deal with promoter Eddie Hearn. The former WBA and IBF cruiserweight champ is also heading to the heavyweight division – as was his plan before his last fight, his decision loss to eventual WBSS tournament winner Oleksandr Usyk (who is also working with Hearn, his own heavyweight debut imminent).

“Sources: Murat Gassiev is expected to join DAZN on a multi-fight deal. The former cruiserweight titleholder has not competed since he lost to Oleksandr Usyk in the WBSS finals in July. He’s talked about competing at heavyweight, and that’s where he makes sense for DAZN,” reads Coppinger’s tweet.

So we fans can now sit back and see which of the two, Gassiev and Usyk, makes the better heavyweight. Indeed, can either man make a success of it in the land of the giants? As special as both fighters are, there is a real chance one, or maybe even both of them, will indeed be able to follow the legendary Evander Holyfield and rule as a cruiserweight champ – an undisputed cruiser king in the case of Usyk – and then as an undisputed heavyweight king.

Which of the two men has the best shot at making it in the sport’s ultimate weight division?

Both Gassiev and Usyk stand at well over the 6’1″ mark – Gassiev being 6’4” and Usyk standing 6’2” – so on paper at least, both fighters are just about tall enough to have a realistic chance of doing it; while in terms of skill, toughness, desire and mental fortitude, no fan can possibly write off either warrior’s chances. For as long as the cruiserweight division has been in existence, fighters operating there have looked upwards, to the glory and the monetary rewards the heavyweight division can bring, and Usyk and Gassiev are no different.

Imagine if these two great (or near-great) fighters met again as heavyweights – who would win then? Can either man, or maybe both men, capture a title at a second weight? Usyk is expected to have his heavyweight debut in May, while we must wait and see when Gassiev boxes at the new weight. Gassiev did undergo shoulder surgery after the wide points loss to Usyk (the injury perhaps having a big impact on the result of that fight) and when fully healthy he can be a tremendous fighter.

It certainly will be interesting if Gassiev and Usyk do meet up again in a return fight at heavyweight.