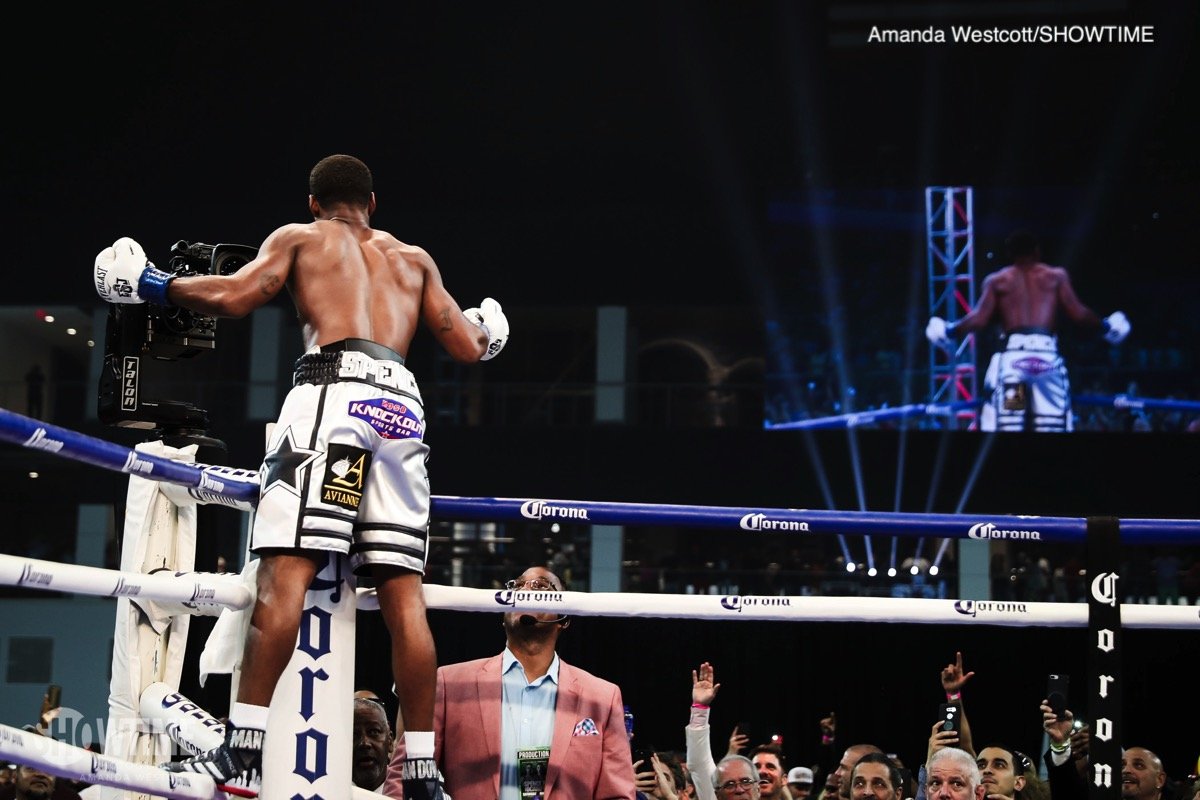 Here in today’s boxing world, a fighter, a world class one, has way, way, way more weight divisions to compete in compared to the old timers; who had just eight weight classes in which to compete: flyweight, bantamweight, featherweight, lightweight, welterweight, middleweight, light-heavyweight and heavyweight.

As such it is a whole lot easier for a quality world class fighter to win titles in two, three, four, even five weight divisions. But as much as it still requires talent and skill to go up through the weights and collect belts (even though there are far more to choose from today, which means a modern day fighter can cherry pick a whole lot more than a fighter from, say, the 1930s or 1950s ever could), is there too much emphasis on fighters doing this today?

Winning multiple belts (often against the perceived weakest of the current champions the fighter moving up could go for) against staying at your natural weight class and staying put as you dominate – which fighter would you rather be, and which achievement makes you a greater fighter?

Marvin Hagler, for example, who never moved a pound away from middleweight his entire career, is rightly recognised as a true great. But so is Sugar Ray Leonard, who moved through five weight divisions during his career. Again, which deserves more credit: the fighter who worked hard and maintained enough discipline not to gain weight and NEED to move up, or the man who packed on the pounds and captured more titles?

Today we are faced with some pretty stupid match-ups that are the result of fighters wishing to move up; arguably biting off more than they can chew in doing so. Mikey Garcia, a fine fighter who has already captured belts in four weight divisions (is this not enough?), and is probably a natural lightweight, is trying his best to secure a fight with welterweight Errol Spence. Surely Garcia would be better off securing his greatness by staying at, and dominating, the 135 pound division.

Now we have Oscar De La Hoya saying he wants to make a fight, he says a massive pay-per-view one, between Spence and Canelo Alvarez – Canelo of course being a middleweight. Is this getting out of hand? The superb Guillermo Rigondeaux, a natural bantamweight, was crushed by the much bigger Vasyl Lomachenko when he moved up to fight the Ukrainian sensation. Now excellent fighters like Garcia and Spence risk suffering the same fate.

What’s wrong with a fighter staying where he naturally belongs, kicking butt there as he takes on all comers and solidifying himself as a true champion, a long-reigning champion, instead of looking to move up way too far in a “brave” move to beat a bigger, stronger man?

Yes, sometimes it does become necessary for a fighter to move up, simply due to his getting too big and having outgrown his prior weight-class. But going up two, even three weight-classes in one go? This is surely foolhardy not to mention dangerous.

Bottom line: any fighter, no matter how great he either is or thinks he is, should listen to his body and only move up when he has no other choice. Agree or disagree?