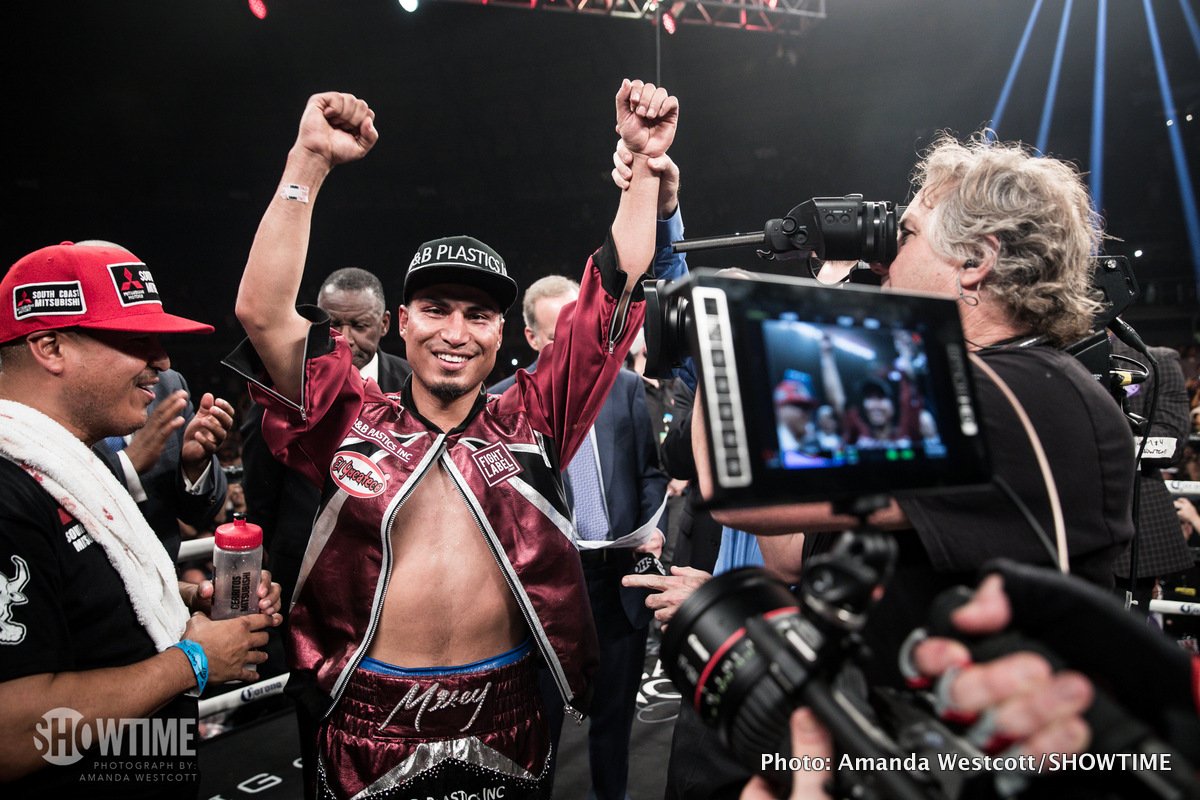 While IBF welterweight king Errol Spence awaits the big, defining fights at 147 – the big unification fights with stars Terence Crawford and Keith Thurman having to wait, probably until next year – the unbeaten southpaw might have another big fight to keep him occupied. And it’s a surprising possibility of a fight that could happen.

Mikey Garcia, who won his first world title down at 126 pounds, has informed RingTV.com that he is deadly serious about moving up from 140 to tackle Spence this December – providing Spence is available.

“I want to do that in December,” the unbeaten Garcia told the website of The Bible of Boxing. “If [Spence] is available, that’s what I would take. It’s not something maybe a lot of people think is going to happen, or like I should, but that’s probably the biggest reason I want to do it, because people keep saying ‘no.’”

Garcia, a four-division champion, next faces Robert Easter in a July lightweight unification clash, but already he is looking at bigger things. Much bigger things. So has Garcia seen something in Spence that makes him wholeheartedly believe he has the beating of him, or is Mikey attempting to go for the ultimate gamble in search of greatness? Is Garcia attempting to bite off a whole lot more than he can possibly chew?

If Garcia does a number on Easter and looks good in winning, fans would likely buy the Spence-Garcia fight. It’s an intriguing one, that’s for sure. Spence looks pretty much unbeatable right now, but the same could be said of Garcia. The big difference is of course the weight between the two pound-for-pound entrants.

The powerful Al Haymon advises both Spence and Garcia and “a source” tells RingTV.com that the fight could actually take place, this December on Showtime. Who knows, this fight could wind up being the surprise big hit of the year. Who wins? Spence, 24-0(21) or the currently 38-0(30) Garcia? The bigger, one would think stronger man has to be the pick, but Garcia, in attempting to give us a throwback of a fight, deserves immense credit for even taking this fight. If he in fact does so.