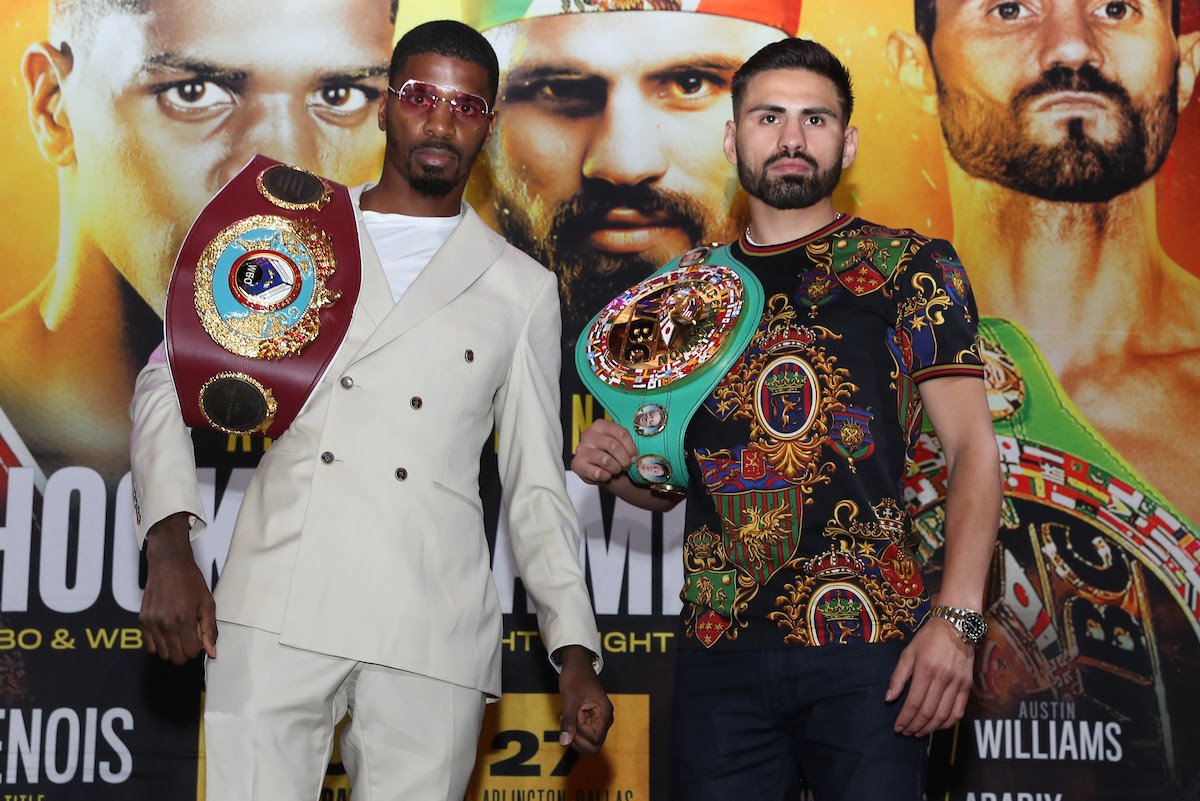 Jose Ramirez says Maurice Hooker is in for a rude awakening when they clash for the WBO and WBC World Super-Lightweight titles tomorrow night at College Park Center in Arlington, Texas, live on DAZN in the US and on Sky Sports in the UK.

Ramirez (24-0 16 KOs) defends his crown for the third time after two wins in his hometown fortress of Fresno, California and now hits the road for the biggest night of his pro career against Hooker (26-0-3 17 KOs).

The London 2012 Olympian has translated his amateur prowess into a seamless path to World title glory, and the inspirational 26 year old believes that pedigree has cultivated a skillset that will be too much for the rangy hometown star to handle in this 50-50 blockbuster.

“I want to overwhelm him as I think I have things that he’s never seen in another fighter,” said Ramirez. “That has to do with overall ring IQ, speed, power, rhythm and pace when I fight, a little bit of everything. My amateur experience allows me to be able to do that, as some fighters expect only one aspect of me, one good punch or my power, but then my speed shocks them, they believe I just come forward but then my angles surprise them. You must be able to adapt in a moment in these big fights and I know that I can do that to take control of this fight.

“He’s got reach, he keeps distance well and takes his time to put his punches together. He’s hungry and humble, he’s a family man and he’s pushing himself to do it for them. I have qualities that I know can work against a fighter like Maurice and we’re working on them hard.

“Boxing is a lonely sport. It’s very mentally demanding and we know the sacrifices that we’ve gone through to get here and we know what is coming, we’re both in for a tough fight, so the least we can do outside the ring is respect each other.

“I’m not the type of fighter to talk to get under someone’s skin or to get hype over the fight, I won’t be someone I am not and never will be, but when I go in the ring I don’t recognize myself, I become something else. He knows he’s in for a tough fight too and that’s why he’s showing me respect and that’s who he is outside the ring too. Watching him at the first press conference show up with his wife and kids, that showed me the type of guy he is and that’s my entourage too, my son and my family. We’re similar but once the bell rings it all goes away until the final bell.

“This is the perfect time for this fight, everything plays out for a reason. We’ve both defended our titles a few times so why not go now? I’m only 26 and feel that I have a long career ahead of me still no matter what happens, so this fight can only put me in a better position. If it’s a great fight we can do it again and I think we’ve both earned this.

“I’ve done very well in my career financially and this fight only helps me secure that even more for my family, and winning this fight brings history in my community, I don’t think anyone from where I’m from has been an Olympian, a World champion and unified, so it’s a massive accomplishment on the line and that only encourages me more to push for the things that I fight for, to motivate people to get up and work hard.

“Not too many people become Olympians, and not too many World champions become unified. I’ve already achieved one of those things as an amateur and now I want to achieve unification as a pro.”

Maurice Hooker believes he will claim a late round stoppage win over Jose Ramirez when they clash for the WBO and WBC World Super-Lightweight titles on Saturday night at College Park Center in Arlington, Texas, live on DAZN in the US and on Sky Sports in the UK.

Hooker (26-0-3 17 KOs) puts his WBO crown on the line for the third time in his first fight in his hometown as a World ruler after trips to Oklahoma and New York, and ‘Mighty Mo’ couldn’t have picked a bigger and more anticipated match-up to return to the spotlight in the Lone Star state.

Ramirez (24-0 16 KOs) puts his green and gold belt up for grabs for the third time since landing the vacant strap in March 2018 in New York, and in a reversal of Hooker’s route to this colossal clash, is back on the road after two home defenses in Fresno, California.

The respectful build-up continued at today’s press conference in downtown Dallas but both men were confident of walking out of the ring with a belt over each shoulder, and Hooker thinks their styles will lead to a late stoppage win.

“People are saying it’s going to be a tough fight and I hope it is,” said Hooker. “He’s going to come at me aggressive in the opening rounds with those big left hooks, but I’ll stay calm and relaxed because to me, in a championship fight, the fight really begins in the fourth or fifth round.

“I’ll use my jab in the opening rounds and compose myself and let him punch himself out and expose himself. As the fight goes on I will take it to him, push him back and I think I will come out of there with the late KO as he’s not a fighter that fights on the back foot, everyone he’s fought he’s come to them or they have been a smaller guy. I’m tall, rangy and I have power, so I will make him adjust to me and I will hurt him.

“He’s got a good left hand, to the head and the body, and I know that he’s coming to fight with pressure and he’ll be in my face the whole night, or at least try to be, and I’ve got to try to keep him off. But I’m ready, I’ll make him adjust to me and I’ll have fun in the later rounds.”

Hooker and Ramirez clash on a bumper night of action in Arlington, as Tevin Farmer defends his IBF World Super-Featherweight title against mandatory challenger Guillaume Frenois. Tramaine Williams takes on Yenifel Vicente for the vacant USBA Super-Bantamweight title and a trio of unbeaten talents look to continue their 100 per cent KO records in Nikita Ababiy, Arthur Biyarslanov and Houston’s Austin ‘Ammo’ Williams.