Vasiliy Lomachenko had three goals when entering last night’s comeback fight with Japanese warrior Masayoshi Nakatani – to get the win, to look better in getting it than Teofimo Lopez did when he won a decision over Nakatani, and to get the rematch with Lopez. Loma has now accomplished two of his goals and he looks set to get a shot at realising his third goal.

Lomachenko, 15-2(11) looked great in beating up and stopping the game but outclassed Nakatani, and he did look better than Lopez did when he decisioned Nakatani, 19-2(13) back in 2019. There were no issues with Loma’s shoulder, he looked fresh, fast and dazzling, and you could argue “Hi Tech” looked as great as ever. At age 33, after all those amateur fights, after that October 2020 defeat to Lopez, more than a few people were openly asking how much Lomachenko had left. Basing things on last night’s showing, the former pound-for-pound king has a whole lot left. 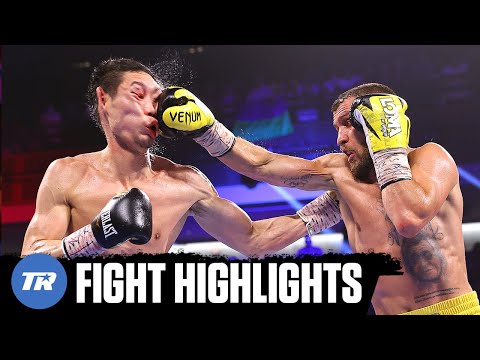 But does he avenge that Lopez loss if he gets the chance? Teofimo Lopez Snr spoke with ESPN last night, and he said that he and his son are open to the idea of a return with the man Teofimo outpointed to win the lightweight titles (previously, Lopez had said he had zero interest in a rematch). Lopez – who is still battling the coronavirus and tested positive yesterday – has to win his delayed (three times delayed) fight with George Kambosos Jr first, but Lopez Snr said it can be Lomachenko II after that. But, Lopez Snr said, it has to be the next fight after Kambosos, as his son will move up in weight after just two more fights at 135.

Lomachenko as we know started slowly in the Lopez fight, and he was in a hole in the middle rounds, needing to play catch-up. Lopez closed the show with a good final round and the belts were his. Lomachenko knows he must start quicker in a rematch. It’s a big fight, a very interesting fight, and Lomachenko wants it bad. Now it seems Lopez is agreeable and he will grant the former champ a shot at redemption.

“December, January, February, I am waiting,” Lomachenko said regarding the return with Lopez. George Kambosos Jr stands in the way right now, but assuming Lopez can win that fight (it’s not a guaranteed win by any means), it could be Lopez-Lomachenko II in 2022. 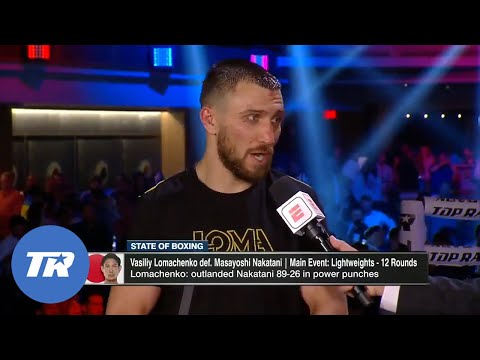