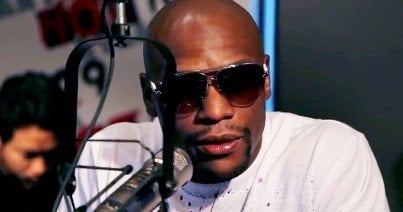 Leonard didn’t touch on the issues that have held the two fighters back from facing each other in the past. The fight likely would have taken place long ago if the two had agreed on the blood testing that Mayweather wanted in his attempt to get a fight against Pacquiao in 2010. After that missed attempt at putting the fight together, it was pretty much over in terms of putting a fight together.

“It’s more than just the money,” Leonard said to Fox 11 Los Angeles. “Because the money will be there. It’s the legacy.” “They should fight. Now they’re leaning more towards Mayweather. Because at first it was ‘We don’t know who’s going to win the fight’ — like Tommy Hearns and I, like Hagler and I, like Duran and I. But that fight would be huge.”

The circumstances are much different for Mayweather and Pacquiao compared to when Leonard fought. Mayweather is making huge money no matter who he faces. He honestly doesn’t need a fight against Pacquiao in order to make good money. With his Showtime contract, Mayweather makes over $30 million per fight. Why would he want to make only slightly more than that to fight Pacquiao?

Mayweather has said he doesn’t want to fight Pacquiao while he’s with Top Rank promoter Bob Arum, and Pacquiao recently signed a 2-year extension with the company that will keep him with them until the end of 2016. When Leonard fought, he needed big names like Tommy Hearns, Marvin Hagler and Roberto Duran to make the huge money. Mayweather doesn’t have to fight the big names to get big money. It’s a much different situation with Mayweather than it was for Leonard.