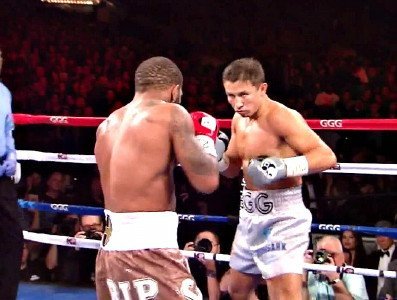 Sanchez believes that the hard hitting Rubio will be coming to slug it out with Golovkin, and that’s what he’s hoping for. Sanchez wants to see the two of them slugging it out in front of the boxing fans at the StubHub Center and the fans that tune in to watch the fight on HBO Championship Boxing.

Rubio, 35, has a style that is perfect for Golovkin to shine against. Golovkin likes his opponents to either come straight at him or strand perfectly still, and Rubio does both. Rubio doesn’t have the wheels to use a lot of movement in this fight, and he’s not young enough to move for any length of time against Golovkin even if he wanted to.

“We are certainly not going to take Rubio for granted. Rubio is an experienced guy, a lot of knockouts and decent power,” Sanchez said to Thaboxingvoice.com. “I see the fight being very explosive. I think Rubio is going to come to fight. I think his pride and the fact that [the event is named] “Mexican style” that the Mexican fans will be in attendance [as well as] the show is sold out already. I see it being a Mexican style war.”

Rubio recently weighed in at 174 pounds at the WBC’s 30-day weigh-in compared to Golovkin’s 165. This means that Rubio is going to need to drain down in weight to get to the 160 pound weight limit the day before the fight. Taking off 15 pounds of water weight obviously isn’t going to help Rubio any. It just means that he’s going to start to tire after 5 or 6 rounds, if he gets that far in the fight. With Golovkin, he’s right at the weight for the fight, and it’ll be effortless for him to make weight the day before the fight.