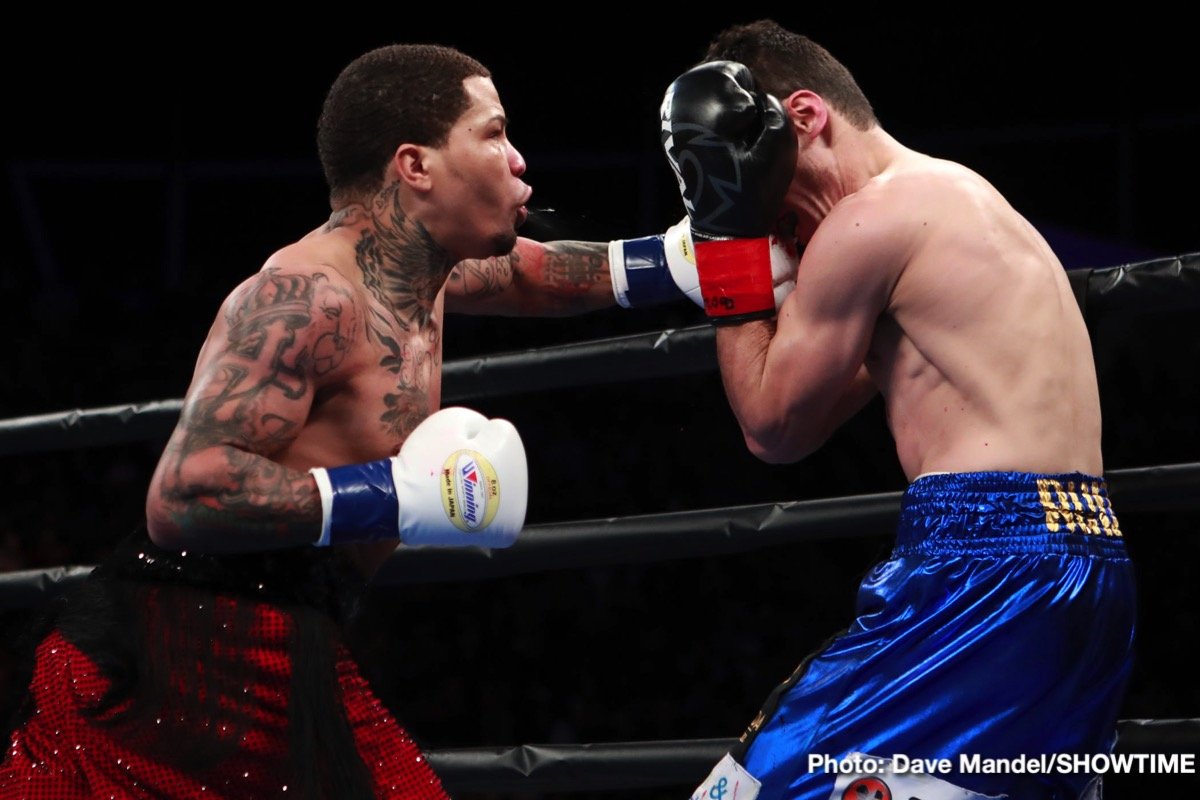 Mayweather Promotions CEO Leonard Ellerbe says Gervonta ‘Tank’ Davis is the best fighter at super featherweight and lightweight divisions. He also claims that Davis (22-0, 21 KOs) is the biggest payday for the fighters in those weight classes.

Former IBF/WBA super featherweight champion Davis has won two world titles during his 6-year pro career, but he’s not faced any of the elite level talents like Vasiliy Lomachenko, Miguel Berchelt or Devin Haney. The knock on the 24-year-old Gervonta is he’s beaten a lot of flawed guys that a lot of fighters at 130 are capable of beating. Moreover, he’s nowadays fighting older guys that aren’t a threat to beating him, and who the casual boxing fans aren’t familiar with.

While the boxing public wants to see Tank Davis step it up already, his promoters at Mayweather Promotions have shown no indication that they’re willing to put him in risky fights.

“He already is; what are you talking about?,” said Mayweather Promotions CEO Leonard Ellerbe to secondsout when asked who Geronta Davis has to fight to become a ‘calling card’ star. “Name one of the top guys out there who ain’t calling his name. No, there’s one common name at 126, 130 and 135 that everybody is calling. One name. No, no, no, no,” said Ellerbe when told that people want to see Ryan Garcia, Lomachenko and Devin Haney. “No disrespect to any of those fighters. Tank Davis is a ticket-seller. He’s a rising star in the sport. People know him outside of boxing.

“When Tank Davis fights, he sells these events out. All these other younger fighters, they don’t bring that to the table yet, because they’re young. They’ve got to get to that. Some of these young fighters they fight at venues that seat 3,000 people, and there’s 1,500 or 2,000 people in there. You know what I’m saying? It’s not fault to any of the fighters. It’s where they are in their careers. It’s a process. That’s why sometimes you can’t anoint these young fighters. He puts [backsides] in the seats regardless of who he’s fighting,” said Ellerbe.

Leonard says the top fighters at 126 to 135 are calling out Gervonta, and he’s right. The top guys in those weight classes are calling Davis out, but he’s not fighting them unfortunately. Lomachenko has wanted a fight against Davis for the last two years, and the fight still hasn’t been made. A lot of boxing fans believe that Mayweather Promotions are waiting until Lomachenko old, and no longer fighting at the same level that he once was before they finally let Gervonta fight him. In the meantime, Davis is fighting these types of fighters:

“You guys have criticized his opponents in the past, but guess what? He’ selling out everywhere he goes, because everyone wants to see him,” said Ellerbe about Gervonta. “That’s my opinion,” said Ellerbe in stating that he sees Gervonta as the best fighter in the 130 and 135-lb weight classes. “I’m not saying it’s not arguable, but I don’t give a f— what anyone else thinks. That’s my opinion. That comes in time. He can’t fight everyone at the same time,. This is what I’m saying,” said Ellerbe when asked ‘doesn’t Tank Davis have to beat the good fighters to prove he’s the best?

“He has proven already that he’s that guy out there. You name one guy that a fighter out there can make the most money with? Its name recognition and star power, that’s where he’s [Gervonta] is at. Tank is that guy. Whether you like it or not, you’ve got to come see him. Why do you think these young fighters are calling him out? Because Gervonta Davis represents the biggest payday out there for these younger fighters, and older fighters who are moving up from 126 to 130 and 130 [to 135],” said Ellerbe.

You can’t say that Tank Davis is the best fighter at 130 or 135, because he hasn’t beaten anyone yet. The guys that Gervonta did beat at super featherweight were old timers or flawed younger guys that were beatable. That’s the entire problem that Tank Davis has. He’s not matched tough by Mayweather Promotions for whatever reason, and because of that we have no way of knowing if he’s the real thing.

The boxing public wants to see Davis step it up in his new weight class at 135, and take on Lomachenko, Devin Haney, Luke Campbell and Teofimo Lopez, but there are a lot of doubts that he will. Gervonta is rumored to be fighting 37-year-old Yuriorkis Gamboa next. This would have been a good fight 10 to 12 years ago when Gamboa as still young, and at his best, but not now.

Gamboa is old now, nearing 40, and fighting two divisions above his best weight class of 126. Davis won’t prove anything by beating Gamboa other than the fact that he’s capable of beating another old timer.  This will be another old guy for Davis. Last year, Mayweather Promotions were trying to match Davis against Abner Mares, a fighter that was way past his best. The fight failed to happen due to Mares having an eye problem. Why Mayweather Promotions wanted to match Gervonta against Mares is anyone’s guess, but it shows you the kind of match-making they’re doing for him.

Gervonta Davis wants the smoke at 135

“I’m not a big fan of the pound-for-pound list,” said Ellerbe. “I’m a big fan of the pound-for-pound bank accounts, and again, the legacy part of being the best and beating the best out there, why not do booth? Gervonta Davis, he’s his toughest opponent. Because if Gervonta Davis continues to do what he needs to do, you’ll see. Again, we went to 135. We [Gervonta] wants the smoke. We didn’t go down a division. We’re going to the work. They say that’s where the work is, okay, that’s where we want to go,” said Ellerbe.

Ellerbe says Gervonta wants the top guys at lightweight, but only time will tell whether that’s true or not. Going by the way Davis was matched at 130, the chances are high that he WON’T be fighting the best at 135. What a waste.