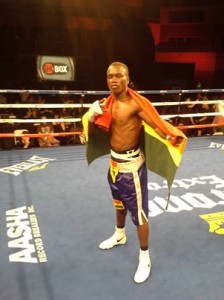 It meant that the Ghanaian nicknamed Unbelievable, maintained his unbeaten streak to 20 fights amid declaring his readiness to take on the big boys in a massively talented Lightweight division of world boxing.

“Thanks to all my fans who have supported me throughout my career. It was a hard fight against Sanchez and I’m glad I was able to come out victorious after second round knockdown. It’s all about hard work and dedication,” Neequaye wrote on his Facebook page Sunday morning.

He added: “I want to thank all Ghanaians for their prayers and support and promise to keep winning to make the nation proud.”