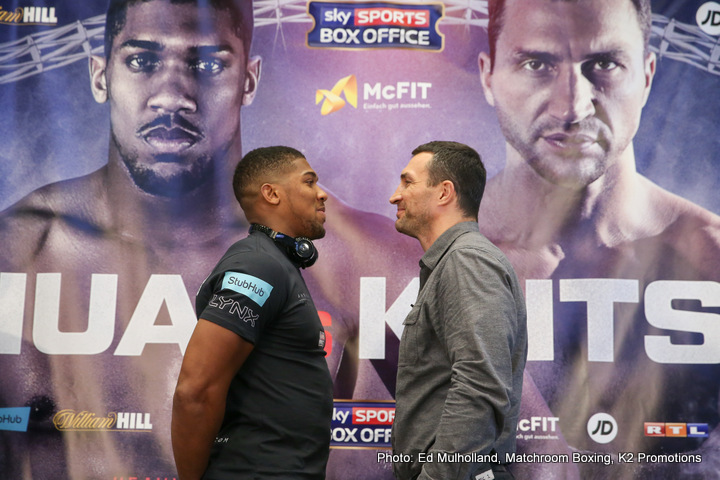 Everyone has an opinion on what will happen, who will win, when the biggest heavyweight title fight of the year – and the biggest ever in the UK – takes place on April 29. Will new star Anthony Joshua have too much strength, youth and power, or will former king Wladimir Klitschko have too much experience, knowledge and fire power of his own?

One man who is always worth listening to, is Harold “The Shadow” Knight, the former world super-featherweight title challenger and long time co-trainer of the great Lennox Lewis. Knight, who learnt so much from the late, great Emanuel Steward as the Kronk legend took over the reigns are coached Lewis to greatness, would arguably make a good trainer for Klitschko; this position of course belonging to Steward as he guided Wladimir back to the top after suffering a crushing loss to Lamon Brewster.

With all the tricks of the trade he has picked up, Knight would likely prove very helpful to Klitschko. Still, involved in the upcoming super-fight or not, Knight has plenty to say about what he thinks will happen at the end of the month.

“A very interesting fight. A very intriguing fight. I have to say my pick is Klitschko,” Knight said in kindly giving this writer some of his time at the weekend.

“The simple reason for my pick…….experience. Klitschko is 64-4, Joshua just 18-0. Wladimir has more world title fights than Joshua has fights. Movement: Klitschko has better movement. Power: they are the same. Chin: Joshua is untested here. It’s going to come down to if Joshua can hurt Klitschko and demand respect. Can Joshua take the power, speed and movement of an ageing fighter who is not ready to pass the torch? Anything can happen with two big punchers, let alone heavyweights. I just think, Joshua’s past opponents have not prepared him him for this big stage so early.

“Then again of course, Father Time waits for no man. It’s been 18 months or more since Klitschko fought [Tyson] Fury, and we will have to see if the rust plays a big part, because Joshua has been the active fighter. There are a few intangibles in this fight. But I do pick Klitschko.”