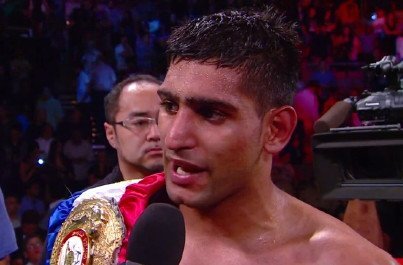 Boxing has become a careful “matching” event, where few fighters are protected from getting a loss or a beat down. This is because some promoters don’t want to lose the “zero defeat” status of their cash cows, or the fighters themselves are well aware of who they should not step into the ring with… coward, but a smart business move. Fighters often become a “shell” of themselves by getting into the wrong fights. We have witnessed this with Kelly Pavlik after facing Hopkins, Jeff Lacy after calling out Calzaghe and I believe we are seeing such symptoms in Danny Garcia after the Mathysse and Judah fights. My supporting argument for this claim can be seen in the fight against Mauricio Herrera. It was supposed to be a tune up fight, instead he struggled and many believe he actually lost that match.

There are others who have became a shell of themselves after giving the fans many great fights without worrying about their zero status or by not cherry picking. Some of those greats to be named are Evander Holyfield, Arturo Gatti, Mike Tyson and the list goes on. Recently that list has been made short because of fighters carefully choosing their opponents because the main focus is to make money and avoid unnecessary risks. This is happening because of the orchestration of promoters and a few fighters who are smart enough to balance out the risks Vs. the rewards.

The chin issue that plaques Khan is well known. It is true that Khan has good speed, range and combinations but all it takes is that one punch that has the ability to drop him. Many in his division posses that very punch even if they are not in his skill level. Some of those fighters include Mathysse, Maidana and Thurman. So the risks are far greater than the rewards for him against these fighters. Also they do not have the name popularity in the U.S. and the U.K. put together as Khan. On the other hand, Mayweather is number one in popularity, very skillful, aging and hasn’t had a legitimate knockout in years. Win or lose Khan is guaranteed the pay of his lifetime. Considering his speed, combinations, range and especially his jabs, Mayweather will indeed have a difficult time with Khan; but his experience and boxing IQ will eventually prevail, earning him a UD win. So as per Khan, why not go for that jackpot and avoid becoming a shell by getting himself into the wrong fight or say a risky situation. I bet you every fighter right now is willing to fight Mayweather, meanwhile they are constantly avoiding other fighters. This is because Mayweather is a low risk high reward fighter because of his popularity and KO percentage. Many fighters have found this short cut to make their money and keep boasting to build their egos. So we are missing out on great fights because fighters and promoters are too cautious/smart/scared, all three words have the same meaning when it comes to the current state of boxing. So Khan believes his boxing assets are enough to beat Mayweather, and along with his trainer and promoters’ assurance, his beliefs only give him more confidence.