Kell Brook got the massive win last night in defeating the single most bitter rival of his entire career in Amir Khan, yet the boxing world moves fast and, already people are asking Brook, ‘what next?’ Or who next? Brook will be on top of the world right now, at peace, as his said himself, for having beaten the one man he absolutely HAD to beat. But Brook, who said he has got his “mojo back,” may fight again.

And Chris Eubank Jr is already calling for the fight. In fact, Eubank, who was a studio guest for Sky Sports last night, said Brook has “nowhere else to go” other than into a big fight with him. Eubank added how he has “never forgiven Brook for taking my fight with Gennady Golovkin from me.” As fans may recall, Eubank Jr was set to fight GGG in 2016, yet he failed to sign the contract in time and Brook bravely (or foolishly) agreed to step in and step up in weight to face the feared middleweight champ. 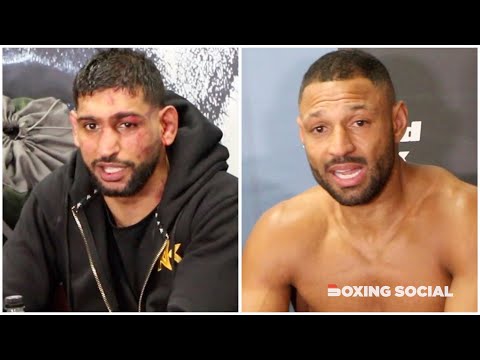 Brook did mention Eubank’s name last night, saying he doesn’t like him. Could this one prove to be the next bitter British grudge-match? Plenty of people, Carl Froch included, feel Brook should walk away now, content at having won the big, must-win war with Khan. Others want to see Brook fight on and fight Eubank. A suitable and agreeable weight would have to be worked out, but this fight would be a huge attraction in the UK if it happened.

Brook would be the good guy, Eubank Jr would be happy to be the bad guy. But would Brook be pushing his luck by fighting on, against anyone, let alone a middleweight who has fought as a super-middleweight? Khan fought on too long in his career and he paid the price. It would be a shame if Brook did the same. Maybe Eubank should be focusing on middleweights and super-middleweights; not on a welterweight who has just gone through such an emotionally draining fight/episode in his life and career.

Right now, Brook has to be enjoying himself and he’s more than entitled to be doing so. Let’s all hope Khan doesn’t have too bad and too lonely a Sunday. Khan was classy enough to grant Sky Sports a post-fight interview last night but he looked utterly devastated as he did so.

Both Brook and Khan should be allowed sufficient time to decide what they want to do next.