Some things will never change in boxing. Sugar Ray Robinson will always be referred to as the greatest fighter ever, pound-for-pound. Mike Tyson’s record as the youngest-ever heavyweight champ will likely never be broken. Joe Louis’ record for most consecutive world heavyweight titles defences (25) will almost certainly never be broken. Marvin Hagler-Thomas Hearns round one will never be topped in terms of sheer world class ferocity. And so on.

Here’s something else in the sport of boxing that will almost certainly never change – Julio Cesar Chavez will never be knocked off the top of the pile in terms of greatest ever Mexican fighters. “El Gran Campeon,” who tomorrow turns 60, has been called the greatest Mexican fighter ever for some years now, and with good, or great, reason. 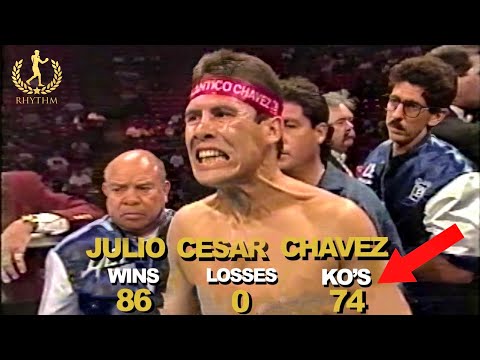 Chavez, who won world titles at super-feather, lightweight and light-welterweight, was once a staggering 89-0-1. Just think about the talent needed, the work needed, the sheer consistency needed, for a fighter to achieve such numbers. And look at the fighters Chavez was beating as he almost got to 90 pro wins on the spin: Mario Martinez, Ruben Castillo, Roger Mayweather (twice), Rocky Lockridge, Juan Laporte, Edwin Rosario, Rafael “Bazooka” Limon, Jose Luis Ramirez, Hector Camacho, Greg Haugen, and, in perhaps his finest win, coming in perhaps the greatest 140 pound title fight in history, Meldrick Taylor.

Chavez was the perfect fighter. In his prime, Chavez was a vicious body puncher, he had a rock for a chin, he was blessed with awesome stamina, a good ring IQ, and Chavez simply loved fighting. And how the Mexican people loved, celebrated and supported Chavez. During his prime years, Chavez rewarded his passionate fans with epic wins over the likes of Rosario, Camacho and Taylor.

The Taylor fight, one helluva battle that saw two of the best in the world putting it all on the line for $1milion each, along with the WBC and IBF world titles being at stake, is the stuff of legend. Chavez was being outscored yet he was landing the damaging blows, as Taylor’s battered face could attest. And then, with just two clicks left on the clock in the final round that Saint Patrick’s Day in Las Vegas, Chavez pulled out the win. It was stunning, it was hugely controversial – it was an ending to a fight that, if it was portrayed in a movie, it would have been laughed at for being far too far-fetched. 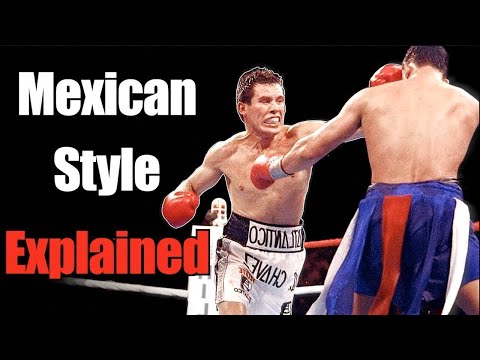 Yet it happened and Chavez had scored his defining win. Unstoppable, never losing desire or belief, always lethally dangerous; this was the prime J.C Chavez. Taylor, a near-great, was never the same fighter again. Chavez improved to 69-0 with the win in 1990. Imagine if he’d retired right there; untouchable, undefeated, having defined his greatness. But Chavez was far from done, with the living legend who had set himself the lofty goal of getting to 100-0 having a further 48 fights, many of them world title fights. It was only the silky, tricky skills of Pernell Whitaker that put a blot on Chavez’ record, the two boxing to a draw. And then, in early 1994, the unthinkable happened: Chavez lost a fight. Frankie Randall fought his heart out in winning a decision over the 31 year old Chavez.

So Chavez fell short of his 100 fights no losses goal, yet he carried on, even when past his best. Finally, after past-his-prime losses at the hands of Oscar De La Hoya and Kostya Tszyu, Chavez was closing in on retirement. Those final numbers read an amazing 107-6-2(86). Even now, as he turns 60, Chavez is capable of entertaining the fans by way of exhibition bouts.

Chavez is for many people one of the top-10 greatest fighters who ever lived. Chavez is ranked as THE greatest Mexican fighter ever. And he always will be.