Bob Arum thinks Anthony Joshua is wasting his time hunting for a new trainer in the United States because he’s “never” going to improve enough to avenge his loss to Oleksandr Usyk. It’s not going to happen.

The Top Rank promoter Arum states that IBF/WBA/WBO heavyweight champion Joshua (24-2, 22 KOs) can’t learn enough in the next six months for him to defeat Usyk in their rematch next March.

Joshua is seemingly obsessed with getting revenge against the talented Usyk (19-0, 13 KOs), who made him look silly in winning an easy 12 round unanimous decision last September in front of 60,000 of AJ’s fans at the Tottenham Hotspurs Stadium in London, England.

What compounds the problem that Joshua has is he’s looked like a shell of the fighter he once was since his loss to Andy Ruiz Jr. in June 2019.

“Listen, whatever new trainer he gets, he isn’t going to beat Oleksandr Usyk. Not now, not next year, never. Usyk is too smart for him,” said Bob Arum to FightHub TV.

“Joshua is not going to learn in six months what he never learned – how to fight a southpaw,” said Arum.

Adding a new coach from the U.S isn’t going to take away the image that has burned into Joshua’s mind from that defeat. Joshua is totally haunted by the loss to Ruiz, and it’s doubtful that he’ll ever be able to forget what happened to him.

Yeah, Joshua beat Ruiz in the rematch in December 2019, but only because Andy ballooned up to a portly 283 lbs, and was too fat to throw combinations and cut off the ring on AJ.

It’s fair to say that if Ruiz had come into the rematch with Joshua in shape in the 260s, he would have done the same thing to him as he did in their first fight.

Joshua looks like a wrecked man since that loss to Ruiz. A  new trainer from the States isn’t going to change what happened to Joshua. He into a war zone and it did something to him that can’t be reversed.

Joshua’s promoter Eddie Hearn can save him from himself by bringing him back slowly from his loss, putting him in with lower-level opposition to try to rebuild his shattered confidence.

If wants to change his style to a more aggressive form as he had earlier in his career, Hearn put him in with domestic level fighters like Alen Babic, David Allen, Tom Little, Nick Webb, and Dorian Darch. Those would be good practice fighters for Joshua to try and find his way back. 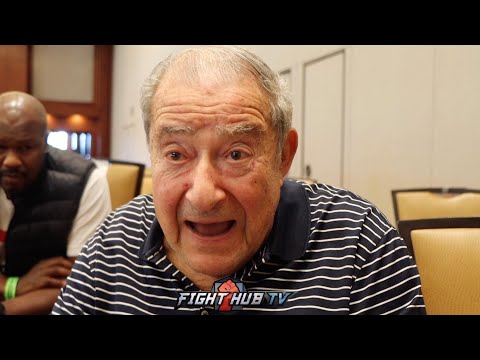