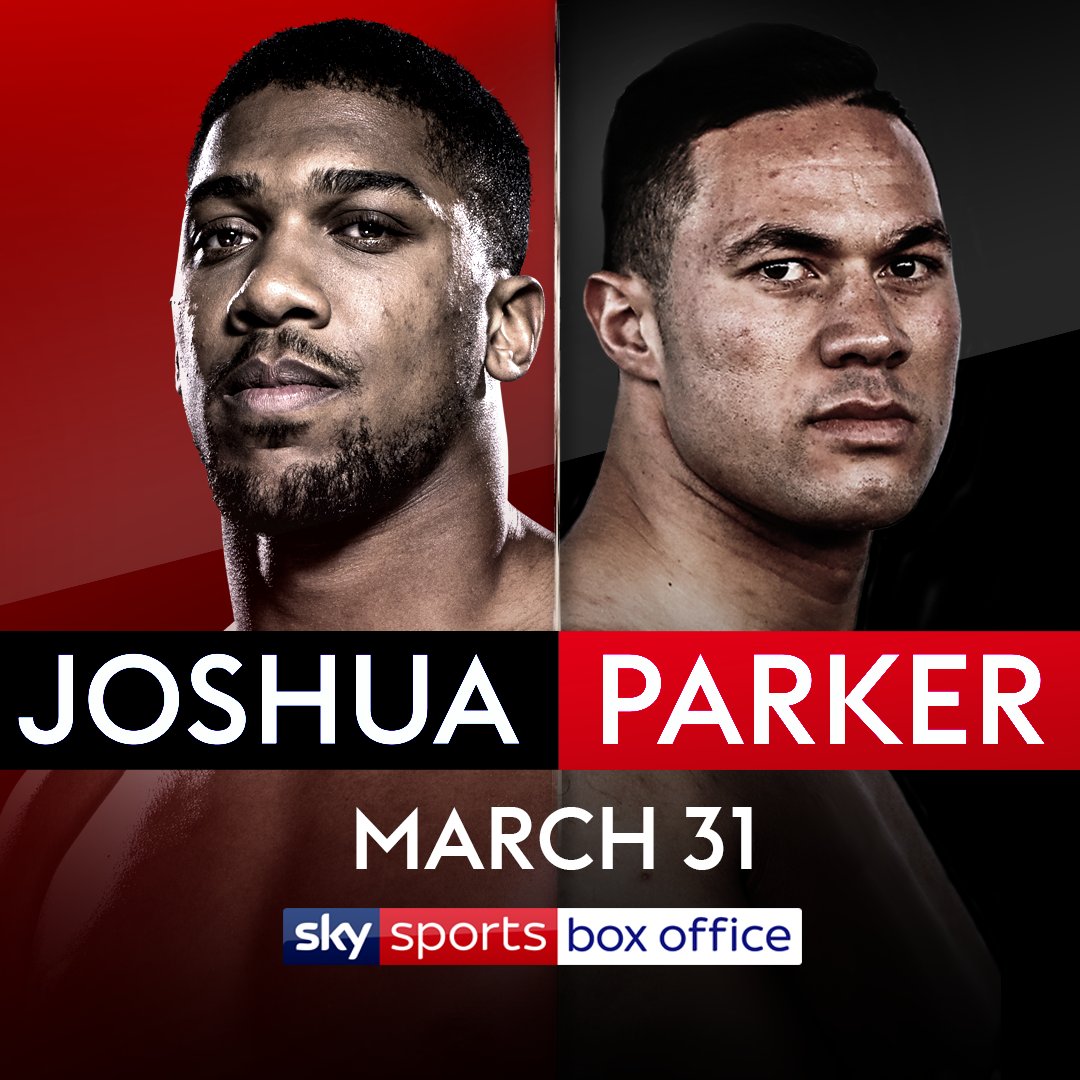 Two weeks today, in Cardiff, Wales, before yet another massive crowd the kind of which British heavyweight superstar Anthony Joshua is now routinely pulling in, fans will witness a three-belt heavyweight unification showdown. Joseph Parker, the reigning and undefeated WBO champ, touched down in London earlier today, and he was absolutely brimming with confidence when Sky Sports caught up with him for a short interview.

Parker, acknowledging he did not look great in his 2017 ring performances (two fights, two wins, but both via decision – over Razvan Cojanu and Hughie Fury) is promising the “fight of our lives” on March 31. Joshua, boxing at home and defending his unbeaten record along with his WBA and IBF world titles, is a firm favourite to win, yet no-one is saying it will in any way be an easy fight – for either man.

And Bob Arum, a man who has been around the sport as long as just about anyone else barring fellow promoter Don King, is picking Parker big-time. Arum (who, quite surprisingly, at least to those fight fans old enough to remember the feud the Top Rank boss had with King back in the 1970s, ’80s and ’90s, is now friendly with the shock-haired one) has been quite high on the New Zealand warrior for some time; telling people how Parker has an “iron chin” and that he has good all-round boxing skills.

In speaking to the media ahead of tonight’s fight card headlined by Jose Ramirez-Amir Imam (and filmed by iFLTV) Arum became very animated when asked for his prediction on the Joshua-Parker fight:

Arum is one of those people who feel Joshua has a less than sturdy chin; certainly not as iron-like as the chin belonging to Parker. It will be a big boxing upset if Parker does win two weeks from today, at least from a British perspective. Fans here – both hardcore and casual – are pretty sold on AJ, feeling as they do he is here to stay. A loss to Parker would not be the end of the world (and Joshua has that rematch clause in the contract) but it would be a pretty big bump in the road all the same.

Let’s see if Arum is right on this one. Parker by late stoppage, anyone?