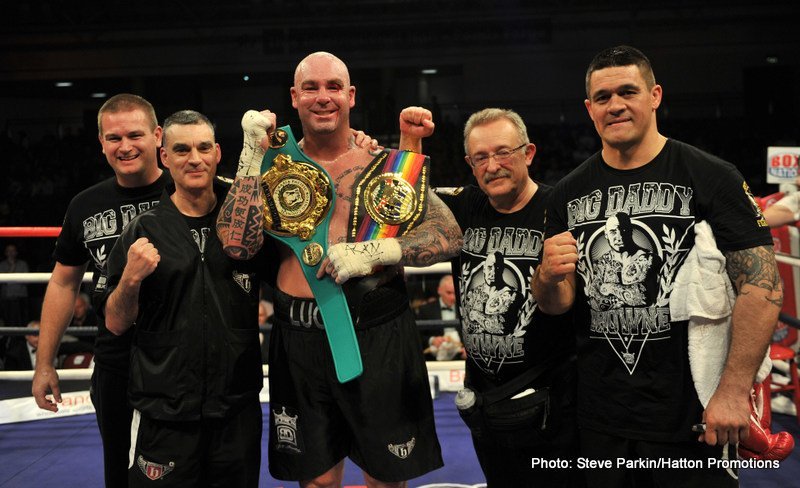 Joseph Parker, like just about every other active heavyweight on the planet, wants a big fight with Anthony Joshua, but the reigning WBO champion is looking at other options in case a deal cannot be made for a unification clash.

And according to Australia’s Lucas “Big Daddy” Browne, Parker cold face him next, in March, in what would be a big deal over in that part of the world. Browne, who has suffered the ignominy of being labelled a drugs cheat not once but twice, has boxed once since returning from suspension, and he is now happy with the offer Parker has presented him with for the fight that would see Browne engage in his second world title fight.

“I’ve heard that his trainer, his promoter, his matchmaker, have all said ‘yes, no problem,’ it’s actually Parker himself that’s holding it up,” Browne, 25-0(22) told AAP today. “They’ve offered us a deal, we’ve agreed, we’re ready to go.”

There is one small problem: Browne is not currently ranked in the WBO Top-15. His promoter, Matt Clark, says this is actually no real problem though:

“If needs be and he has to go and fight for some sort of WBO regional title we’ll look at doing that,” Clark said, adding how Browne would welcome a fight that would “get the cobwebs out again.”

Browne, at age 38, has no real time to waste and he is understandably keen to get the fight with Parker – a champion Browne says is “the weakest” of the current heavyweight rulers.

“I think Parker is probably the weakest out of the three and I’d love to capitalise on that,” he said.

With regards to his two failed drugs tests, Browne has not budged on claiming his complete innocence.

“I now unfortunately look like a two-times drug cheat without really doing much at all,” Browne stated. “The first time with Chechnya (and Browne’s exciting June 2016 fight with Ruslan Chagaev for a version of the WBA title; Browne failing a post-fight test) that wasn’t me, the second time was my own doing, I went into a shop and walked out with it and I didn’t check it properly.”

Will the fans buy a Parker-Brown fight? Do fans buy Browne’s explanation for his two failed tests? If it does happen, who knows, Parker-Brown could result in a good action fight.

Browne says he is ready to “punch holes through him.” Parker has a similar mindset.