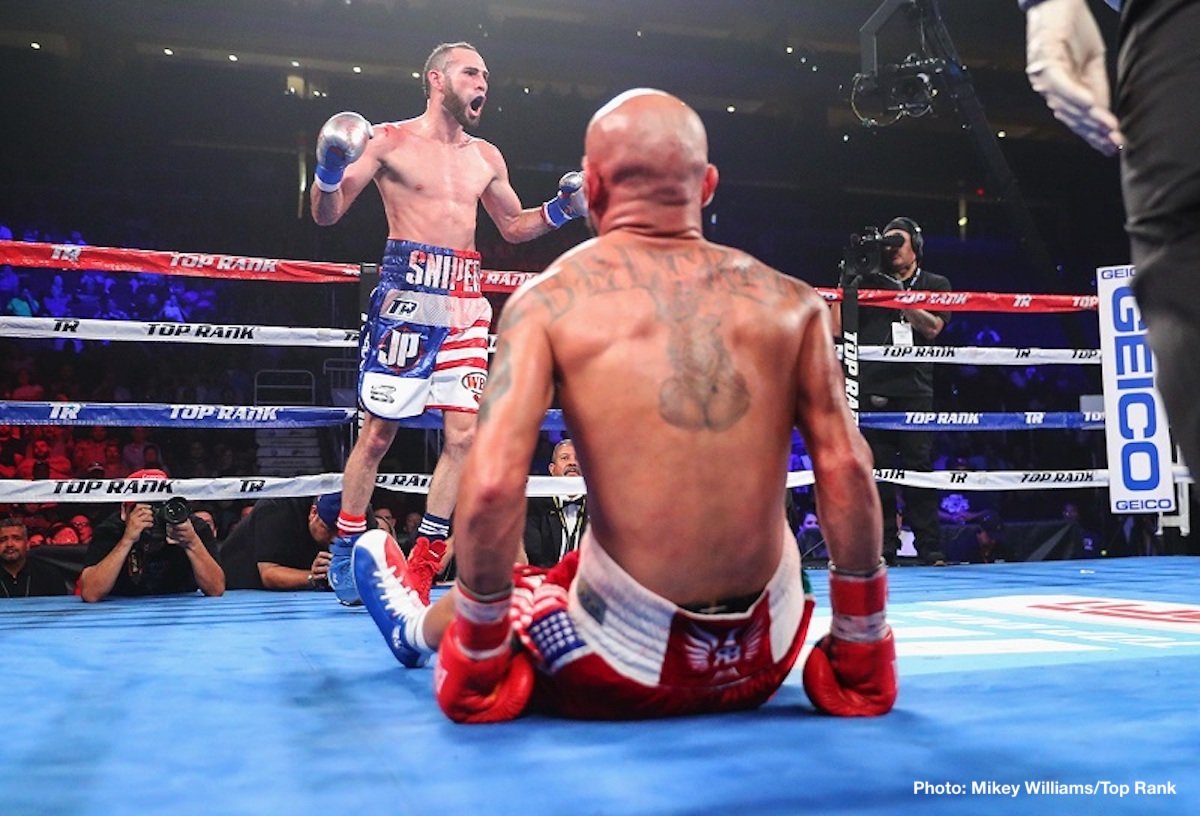 Pedraza will now enter the biggest fight of his career on December 1st. Can he possibly beat the returning (from a bad shoulder injury/major op) Lomachenko? Pedraza, speaking after last night’s win, said he has “the perfect style to beat him,” and “bring him on!” But in reality, does ANYONE have the style to beat the multi-talented southpaw from Ukraine? It might prove interesting seeing how Loma’s shoulder holds up – who knows, maybe Pedraza will get lucky, with the WBA and Ring Magazine champ hurting himself again – but that aside it’s tough to make a case for the new WBO champ winning the unification clash.

Gervonta Davis stopped Pedraza, taking his 130 pound belt via seventh-round TKO back in January of 2017, and Lomachenko will be widely expected to halt Pedraza himself. The fights could get tougher for Loma up at 135 pounds, simply because he is no big lightweight, and he was pushed hard by Jorge Linares last time out. But again, it’s tough to see Pedraza derailing Lomachenko in just over three months’ time.

As for the long-serving Beltran, last night’s loss was a tough break for him and it’s hard to see where he goes next. The tough and proud veteran has enjoyed a brief reign as a world champion, and after such a long and hard career he may decide he has done all he can at top level.