Maybe it was too good a heavyweight match-up to lose. According to the always reliable and in-the-know Mike Coppinger, Joseph Parker and Joe Joyce have reached another deal, this time to fight in September, in the UK, the fight to go out live on BT Sport Box Office.

As fans know, Joyce and Parker met face-to-face at the Tyson Fury-Dillian Whyte fight at Wembley back in April, and their fight was pretty much announced as a done deal; as a big stadium fight. Then Parker, the former WBO heavyweight champ, signed a deal with BOXXER and the fight looked to be dead in the water. Both fighters expressed their disappointment and we fans seemed to have missed out on what could have been a great fight. 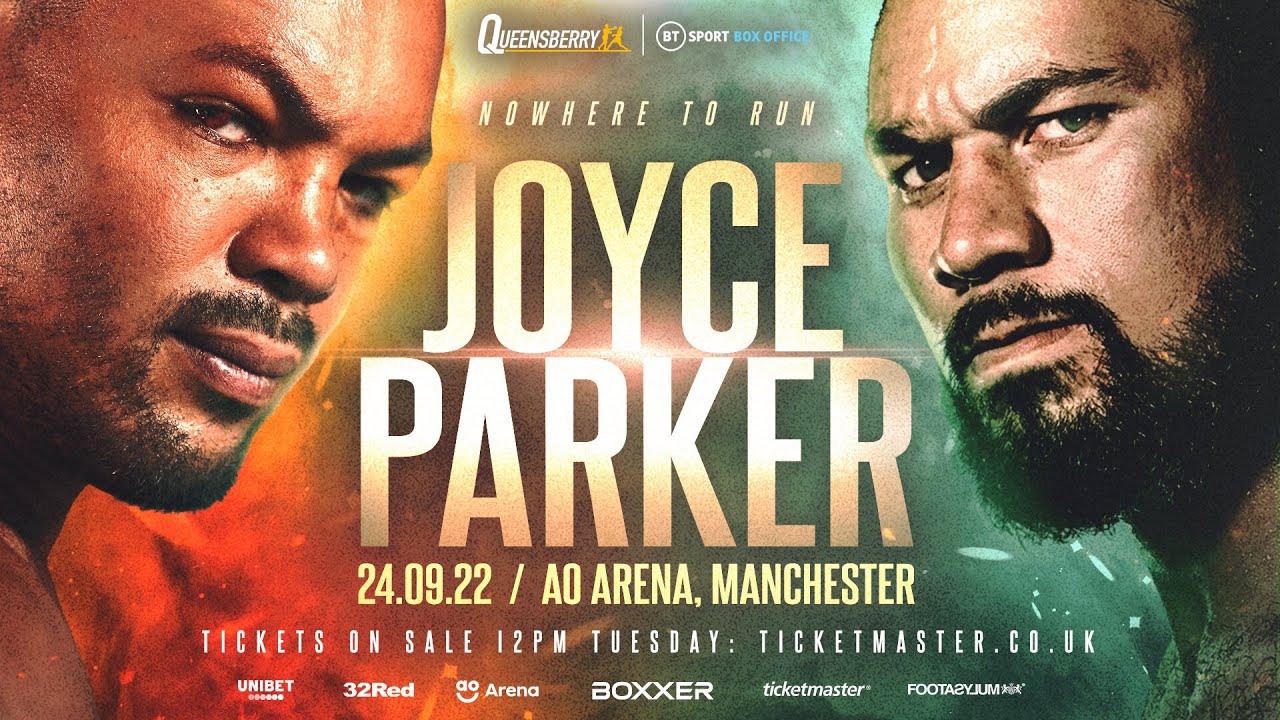 But now, according to Coppinger, the fight is back on:

“Former titleholder Joseph Parker and Joe Joyce have struck a deal for a heavy’ bout that will land in the UK, possibly on September 24, sources tell ESPN. Parker recently signed with BOXXER, which has an exclusive with Sky, but BT Sports Box Office will televise. Story coming,” reads Coppinger’s tweet.

So, good news for the fighters and good news for the fans. Let’s hope the fight does indeed go ahead without a hitch this time. Joyce in an unbeaten powerhouse with an iron jaw, Parker is a fast and mobile fighter who throws lots of punches and has fought the best. It all adds up to a great action fight. As it did when it was initially announced over three months ago.

World rankings will be very much on the line when Parker, 30-2(21) and Joyce, 14-0(13) collide. Joyce is currently ranked at #1 with the WBO, while Parker is rated at #2. The winner will be looking for a massive fight with the winner of the fast approaching Oleksandr Usyk-Anthony Joshua rematch.

Parker is the more experienced fighter of the two, yet at age 30 he is six years younger than Joyce. As we asked back in April – who wins this one?