Calzaghe is picking Canelo (56-1-2, 38 KOs) to win by a mid-round stoppage over Plant (21-0, 12 KOs), who he feels lacks the experience and the punching power needed for him to get the victory.

Years ago, the former super middleweight champion Calzaghe came close to becoming the first 168-lb championship, but he failed to fight Robert Stieglitz and missed out.

As good as Calzaghe was, if he’d wanted to become the undisputed champion, he easily would have.

Canelo has been able to take advantage of his popularity to set up fights with the 168-lb champions Rocky Fielding, Callum Smith, and Billy Joe Saunders to win his three belts.

If Canelo wasn’t a massive star, it’s obvious that he would have never gotten the opportunity to fight any of those champions.

Canelo’s road to becoming the first 168-lb undisputed champion has arguably been paved by his popularity, which is a prerequisite to being allowed to fight for all those belts.

“My fight with Kessler was supposed to be undisputed, but they decided I had to fight a mandatory. I think it was a guy named Robert Stieglitz,” said Joe Calzaghe to iFL TV.

“It’s tough [to become undisputed] because you’ve got all the governing bodies and the politics of boxing. So to get all those belts and the Ring Magazine, it’s tough.

“So, we’re finally going to get a chance to see an undisputed champion at super middleweight. It’s going to be a good fight. Caleb Plant is undefeated, but he’s taking a big, big step up in fighting a fighter like Canelo Alvarez.

“He’s a boxer, and he’s had 12 KOs in 21 fights. He’s not going to have the punching power to upset Canelo, but he needs Canelo to respect his punching power if he can’t hurt him.

“It’s going to be a big ask [for Plant]. You’re talking about ‘what if’s here. He’s going to have to be sharp from the start because you know Canelo can be a lazy starter sometimes and give a few rounds away,” said Calzaghe.

It would have been good if Plant had a little more experience under his belt before taking on a fighter of Canelo’s ability, but that’s on Caleb’s management’s part.

They obviously could have matched Plant against better opposition during his seven-year career, but they chose not to.

Plant is now 21-0 and will get a massive $10 million+ payday on Saturday night, but on the flip side, he has precious little experience against quality opposition.

Sadly, you have a world champion in Plant who has never faced a dangerous opponent during his career and is about to face the incredibly dangerous Canelo. Welcome to boxing.

If this were the NFL, there’s no way a team could cruise through the first 16 games of their season without playing against a handful of excellent teams.

But in boxing, clever promoters can match their fighters skillfully and take advantage of a paper champion to turn their flawed fighters into a champ.

Can Plant keep Canelo away for 12 rounds?

“We’re talking about a 12 round fight,” said Calzaghe. “Can he keep going for 12 rounds? Canelo sort of improves as the fights go on, and he gets his range and timing.

“When he gets that at super middleweight and light heavyweight, he punishes fighters.

“When he fought against Callum Smith and Billy Joe Saunders, those are really good fighters, I thought Smith was going to cause him problems with his height and range, but he nullified that.

“That’s what great fighters do. In the first press conference, you saw his great timing and great reflexes and lovely counter shot, wasn’t it? He’s sharp.

“It’s nice to hear him speak and nice to see a fight with fire and passion, and that’s what we want to see.

“But whether Plant can keep him away and use his boxing skills for 12 rounds is going to be a big, big ask. He’s undefeated, and we’ll see what he’s got,” said Calzaghe.

Based on how Plant gassed out against Jose Uzcategui in 2019, you’d have to think that he won’t be able to fight hard for a complete 12 rounds without fading at some point.

Plant had nothing left in the tank in the championship rounds, and Uzcategui almost knocked him out.

“He’s probably similar to GGG in that he’s a big puncher, but they don’t fight with a lot of angles and a lot of speed and punches and bunches.

“That’s the sort of style that you have to have to beat Canelo. You haven’t seen another Mayweather.

“Whether Plant can do it is a  big ask. I think with Plant; there’s a lot of ifs and buts.

“Plant has to raise his game to another level, and some world champions can do that, so we’ll have to wait and see.

“But I think Plant will do well in the first few rounds. I think he’ll have the speed, but he’ll have to keep it for 12 rounds.

“I think he’ll do well early on, but I think Canelo, with his experience, know-how, and strength, I see him cutting down Plant in the middle to late rounds.

“Like I said, I was really the first undisputed champion. They took it off me. ‘You didn’t want to fight Robert Stieglitz,’ but never mind. We’ll give it to Canelo if he wins,” said Calzaghe.

IBF/WBC light heavyweight champion Artur Beterbiev (16-0, 16 KOs) has the power, size, chin, and inside fighting skills to give Canelo something to think about.

Canelo couldn’t count on Beterbiev being over-the-hill or thankful that he’s being given the shot the way Kovalev was.

That was an odd fight between Canelo and Kovalev in 2019, and it looked to some boxing fans like Sergey took it easy on the Mexican star out of gratitude for being given the massive cash-out payday.

It’s not a secret that Kovalev hasn’t fought since that fight, and that was two years ago. If Beterbiev gets the fight with Canelo, he’ll be trying to win, and you can expect a far more competitive fight than the Canelo-Kovalev match. 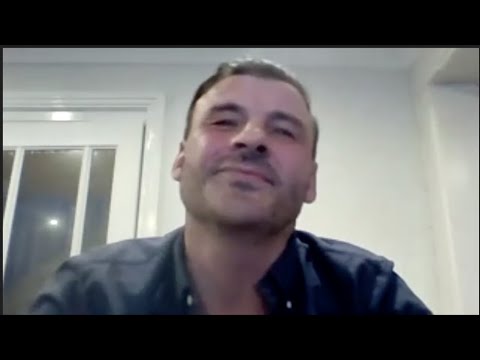