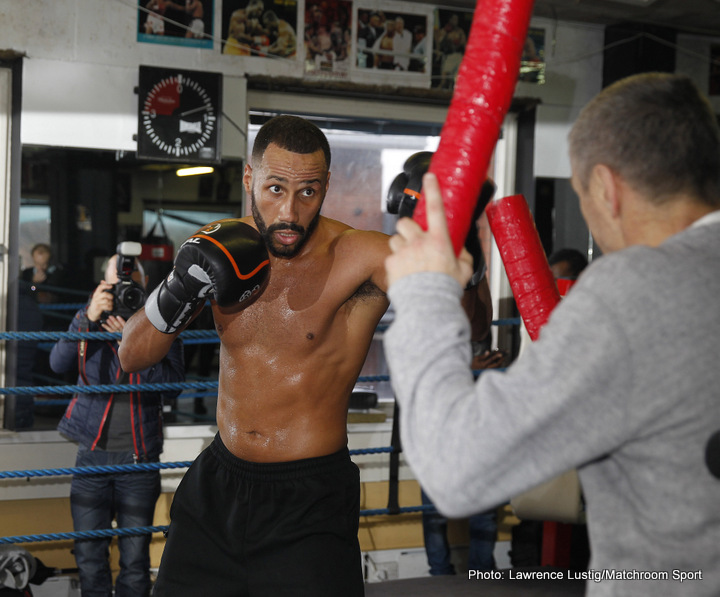 IBF super-middleweight champ James DeGale has made a habit of fighting away from home over the last few months, and if he can win in New York this Saturday when he will face WBC ruler Badou Jack, the southpaw will be fully deserving of a homecoming.

DeGale has his eye on taking such a homecoming at Wembley, and George Groves, the only man to have beaten him, is very much a target for “Chunky.” Groves of course fought Carl Froch at Wembley a couple of years ago, before a monstrous 80,000 crown – this number breaking all previous records. Now DeGale feels he and Groves in a return could equal those big numbers – but first he must beat Jack.

“I used to go past Wembley during my training runs and I’ve always wanted to fight there,” DeGale told The Mirror. “It could still happen. Against someone like [George] Groves, it would sell 80,000. But, first, I have to deal with Jack and if I come through that, some massive fights can be made against Callum Smith and Groves, which could be another unification fight.”

The unbeaten Smith is DeGale’s mandatory so it is assumed that fight would be next if DeGale can defeat Jack on Saturday. That fight would likely struggle to sell out Wembley, but the grudge-fight rematch between DeGale and Groves would possibly do it – especially if three belts were on the line (and Groves could be in line for a WBA title shot soon).

With a big build-up, with plenty of bad blood fun and games, and with a stacked under-card as support, DeGale-Groves II could well be a blockbuster. But will DeGale get past Jack, 20-1-2(12) on Saturday? Jack, who holds a win over Groves, has big dreams himself and, as a member of The Money Team, many expect him to win. It could be a classic fight on January 14.

DeGale on points, and then he will be homeward bound for the big British fight he has more than earned.