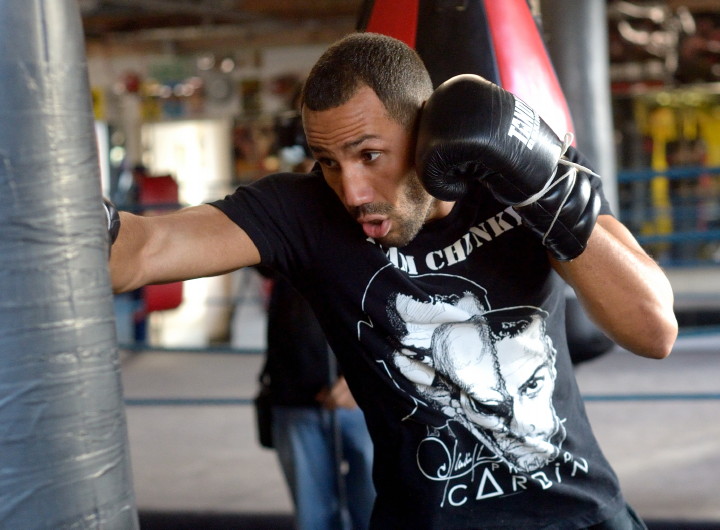 The event billed as “THE RECLAMATION” is a presentation of Vidéotron in collaboration with Mise-O-Jeu.

Here’s what DeGale had to say on Monday:

“I think I am the best super middleweight out there right now. There are hard fights in the division. Badou Jack is a good fighter, but I think I beat him and beat him well if I stay switched on for the full 12 rounds.

“Arthur Abraham is still a tough customer and hopefully Martin Murray can do the business. I think he will beat him, although it’s hard to win in Germany.

“I want to prove I am the best, I will go anywhere to do it and that’s why I am defending my title in Canada. All the world champions in Britain have great rivals on the doorstep, so it’s a really exciting time domestically as well for boxing in Britain right now – but I firmly believe I beat everyone in this division.

“I like boxing away from home – maybe it’s time I started being called ‘the road warrior’. I won my world title in Boston and now I am defending it in Canada against a classy opponent in Lucian Bute. I know it’s going to be a hard fight but I am ready for that. My sparring has been great, I am hitting great times on the track, I feel strong in the gym and I am just looking forward to it.

“Nothing changes under Jim McDonnell – it’s all about hard work, long runs up Hampstead Heath, 15 round sparring sessions, five minute rounds in the gym – I’m always in great shape. We haven’t changed anything really. If anything, we’ve had to just adjust the mindset and train like a challenger even though I am the champion. That’s the way you have to think.

“I feel fresh, sharp and ready. I travel on Wednesday and I am raring to go. I just can’t wait to get in there now. I wanted to get out there a good 10 days early to acclimate to the weather and the time. Once I am there, I feel even more switched on.”