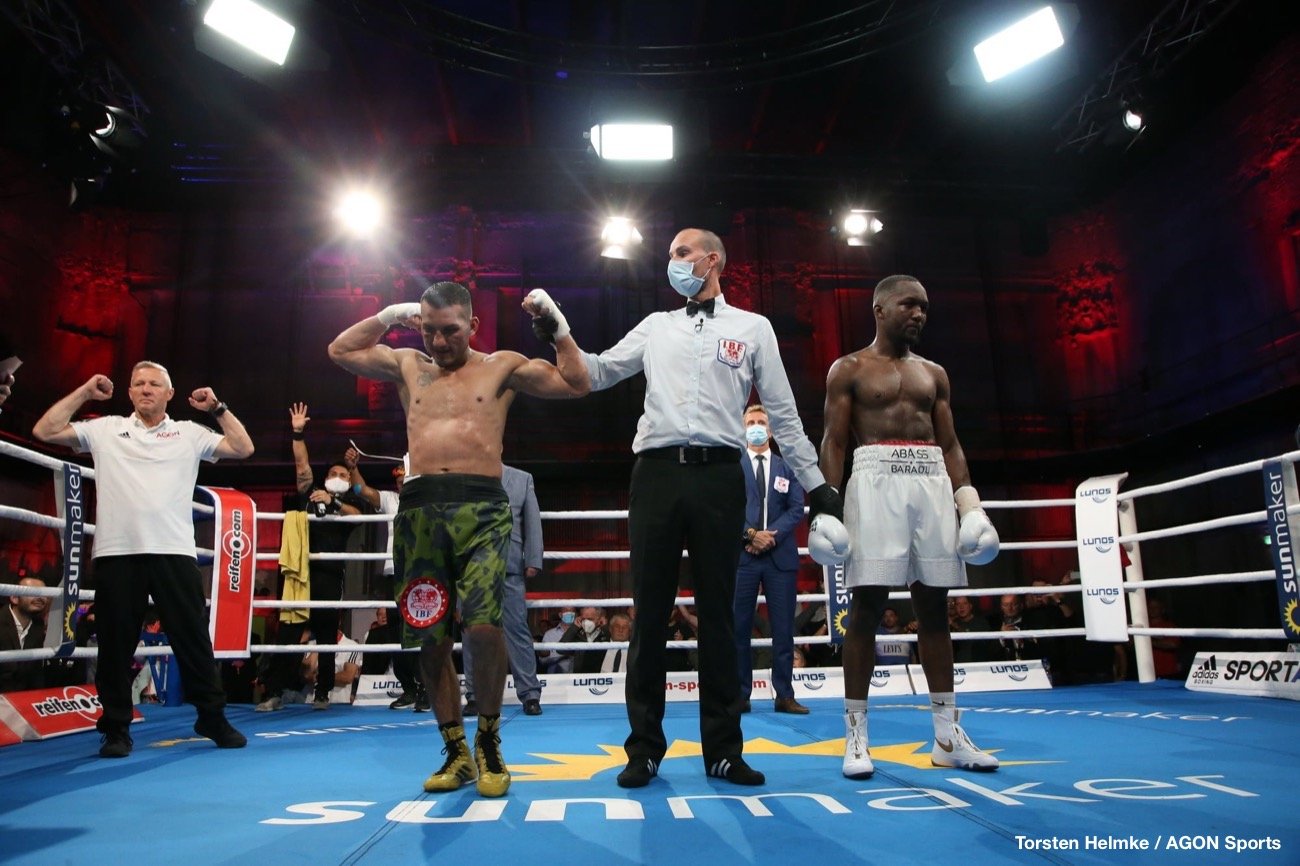 Surprisingly, Culcay appeared to know that he had the fight in the bag, as he ran the last 10 seconds of the 12th round in evading Baraou. Fighters generally don’t unless they know for sure that they’ve got the victory. In this case, it looked odd for Culcay to be running from Baraou because he wasn’t the better fighter.

Culcay, 34, started well in round one, backing up the previously undefeated 25-year-old Baraou and nailing him with left hooks to the head. Baraou likely figured he would start slowly, and he gave away the opening round. In hindsight, that move proved to be costly on Baraou because he needed that round.

From round two, Baraou came on strong and took the fight to Culcay, hitting him with jabs and hooks to the head. Baraou’s power advantage was unmistakable. He was landing the more challenging and cleaner blows than the light-hitting Culcay, who had nothing on his shots. I mean, Culcay has never been a puncher during his 11-year pro career, but he’s lost power as he’s gotten older in the last six years.

Baraou worked Culcay over on the inside from rounds 8 through 12 and was the better fighter during that portion of the fight. Culcay was unable t fight in a sustained manner, and he mostly coming on in the last 20 seconds of each round. It looked like a designed ploy on Culcay’s part to try and impress the judges with a late surge to steal the rounds.

We’ve seen that kind of thing in the past from German fighters Arthur Abraham and Felix Sturm. They were good at that kind of thing. Baraou was clearly getting the better of Culcay in the first two minutes and forty seconds of each round.

What Baraou didn’t figure on was Culcay saving his energy for the last 15 to 20 seconds to attack all-out to impress the judges. However, most of the shots that Culcay was throwing in the last waning seconds of each round were either missing the mark or being blocked by Baraou. But the cheering from Culcay’s team may have given the judges the impression that he was actually landing.

Despite the fight being held behind closed doors at the Havel Studios, Culcay had his own cheering section with his large team, making a lot of noise in support of him.

At times during the Cuclay’s large team were chanting, “Culcay, Culcay, Culcay.” Whether the constant loud cheering for Culcay helped out with the scoring of the fight or not is unknown, but it couldn’t have hurt. Each time Culcay landed any blows, you heard his team erupt into loud applause, which amplified what he was doing.

After round nine, Culcay looked utterly gassed out. He’d been worked over pretty well by Baraou in rounds eight and nine, and it appeared that he was well on his way to losing the fight.

Fortunately for Culcay, the referee Timo Habighorst delayed the start of the 10th round because he wanted Jack’s trainer to fix the tape on one of his gloves. The tape repair took around 20 seconds and gave Culcay a little more time to restore his depleted energy.

Culcay’s trainer should have fixed the tape in between rounds because it was hanging there, and it should have been fixed. It was a smart move for Culcay’s team to let the referee stop the action before the round to give him extra time to rest.

After the long rest from the glove repair, Culcay came fast at the start of the 10th and fought like a man possessed in attacking Baraou with combinations to the head. This was quickly the best round of the fight for Culcay, who had Baraou backing up and looking in distress at one point.

At this point in Culcay’s career, he’s a volume puncher, but he’s strategic in choosing the best times to unload on his shots. We saw that last Friday. Culcay would pick out spots in each round to throw flurries, and then he would rest to recoup his batteries.

All in all, the scoring of the fight was atrocious, and it’s so disappointing for the talented Baraou to be on the receiving end of a controversial decision. I think I speak for a lot of boxing fans when I say there should be a rematch between Baraou and Culcay to help clear up the controversy. Unfortunately, I’m not holding my breath, waiting for that to happen.

Read:  Teofimo Lopez wants everybody, but not Lomachenko

Culcay will moe on and look to get a title shot against IBF 154-lb champion Jeison Rosario. I hate to say it, but I don’t give Culcay a ghost of a chance of beating the hard-hitting Rosario. That’s a mismatch waiting to happen.

Rosario hits a lot harder than Baraou, and he’ll make sure the fight with Culcay doesn’t go to the scorecards. There are guys that Culcay capable of beating, but none of the champions. If you throw Culcay in the ring with a world champion like Rosario, Jermell Charlo, Erislandy Lara, or even Patrick Teixeira, who I don’t rate, he would be food for them.

At this point in Culcay’s career, he’s arguably more of a domestic-level type of fighter than a world-class guy in my view. You can’t blame Culcay for wanting to challenge for a world title, but the chances of him beating a guy like Rosario are slim and none.