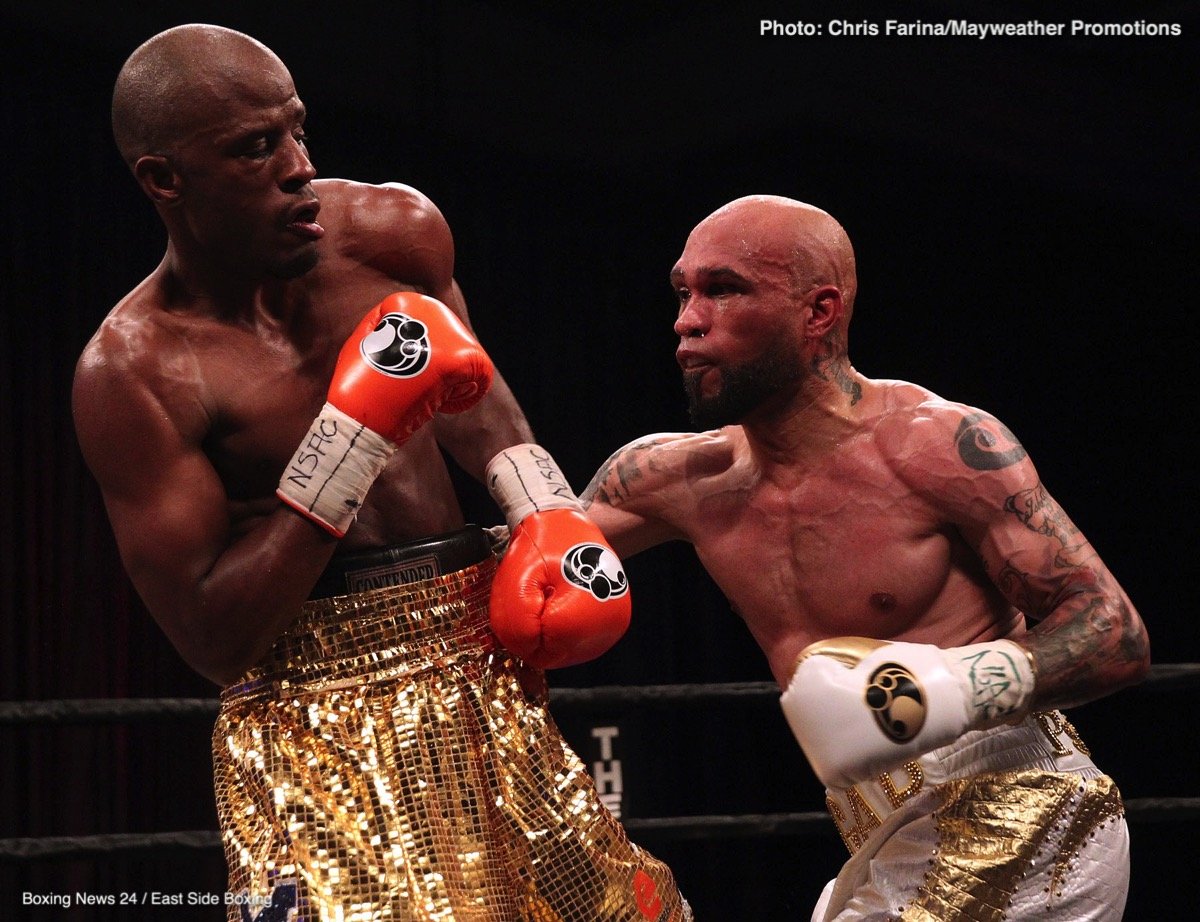 Where would the sport of boxing be without proud and tough warriors like Ishe Smith? Very much the backbone of the sport, long-serving campaigners such as Smith – who, after being stopped for the first time in his long pro career, by Erickson Lubin on Saturday night, announced his retirement – are so essential. As such, Smith and fighters like him should be celebrated, certainly hugely appreciated.

Smith, aged 40 and waving goodbye with a hard-earned 29-11(12) pro ledger that was compiled over the years 2000 to 2019, gave it his all in each fight he had and the man born in Las Vegas in 1978 faced a number of world champions and top contenders – and Smith, AKA “Sugar Shay,” almost always gave as good as he got in these fights. Guys including Randall Bailey, Sergio Mora, Joel Julio, Pawel Wolak, Danny Jacobs, Cornelius Bundrage, Erislandy Lara, Vanes Martirosyan and Julian Williams all tried and failed to halt Smith.

It was the 2013 decision win over Bundrage that saw Smith finally achieve his dream of winning a world title; an emotional Smith crying tears of joy, and no doubt relief, after picking up the IBF 154 pound title. Smith found fame when he fought on the first instalment of the hugely popular ‘Contender’ show, in 2005, the fights he had against Ahmad Kaddour, Anthony Bonsante and Mora being watched by millions of fans.

Having earned his stripes in the tough fights that followed ‘The Contender,’ Smith was signed up by Floyd Mayweather’s Money Team organisation and Floyd was there that night in the fighting city of Detroit to congratulate the hard-working warrior on his close, majority decision victory over Bundrage. Smith had finally made it, he was a champ. And here, today, having done his duty in the ring, Ishe knows that no-one can ever take the achievement away from him.

Smith would perhaps make a fine boxing trainer, but whatever he decides to do, let’s all wish him a happy retirement from the rigours of the ring. He has more than earned it.