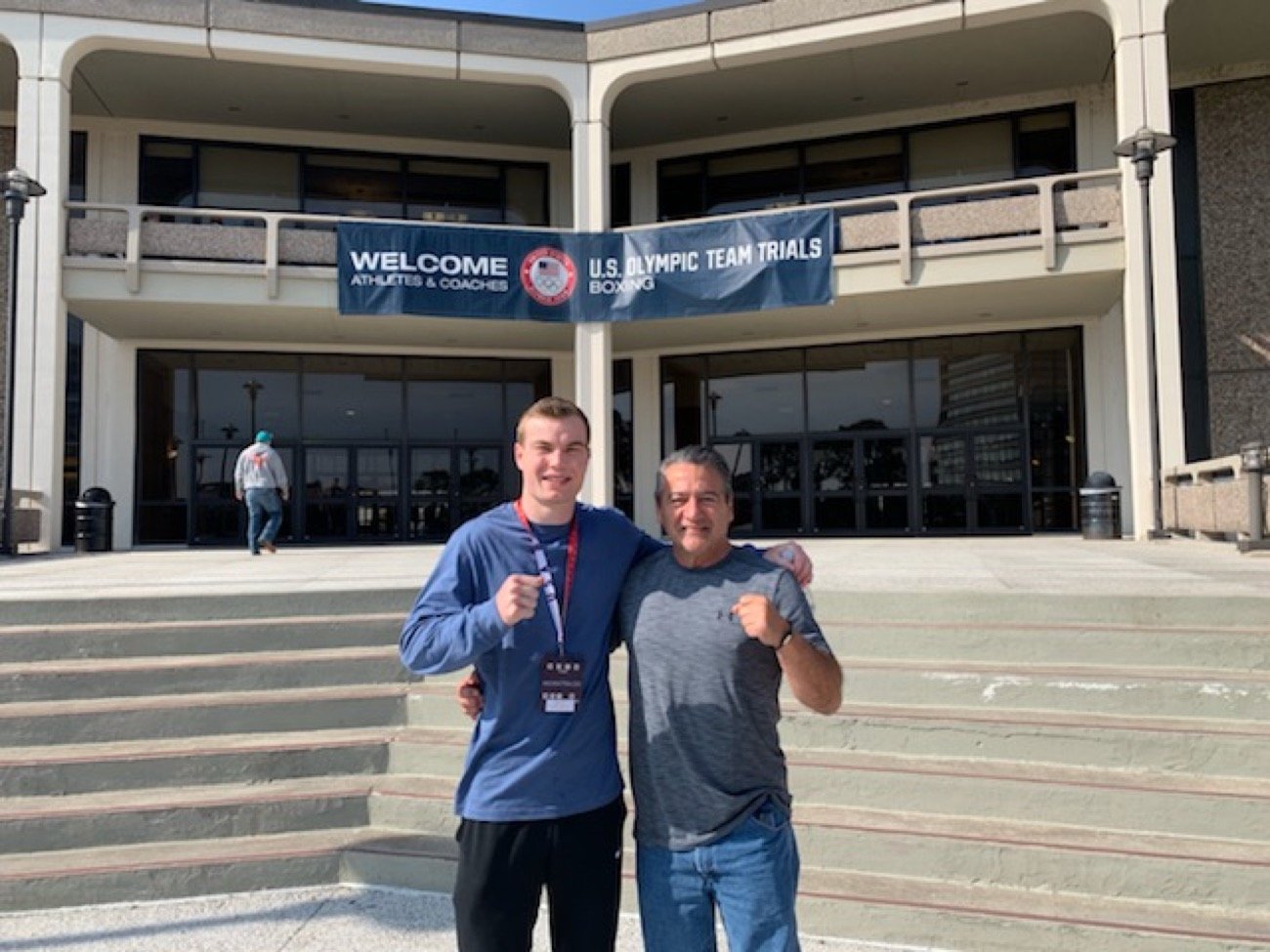 The young boxers, throughout this great country of ours, have made it this far by surviving a grueling qualifying process over this past year. They have committed themselves to a strict training and diet regiment that has allowed them to produce countless of training hours on the road, at the track, and in the gym. Prior to this major point in their amateur pursuit of boxing excellence, they were performing at small local club and city recreation center boxing shows, regional, national and international boxing tournaments and events. Building discipline and dedication as they hone their skills, while sacrificing all the simple luxuries and comforts that their non athletic peers take for granted. Existing in a world of self-denial from the usual common daily distractions and life pursuit interruptions. Knowing with beaming confidence and blind faith, as they pressed on and found success along their chosen path of uncertainty yet hidden possibilities, that their day would come! The crowning achievement for all amateur American athletes, a shot at representing Team USA at the Olympic Games…Confirmation!

From the Midwestern scenic rolling hills of lush green trees, in the neighboring small towns of House Springs and Cedar Hill, Missouri, in Jefferson County, just about thirty to forty miles south of Saint Louis City, it is from here, that little ‘ Irish American ‘ Robert Magee at the age of ten or so and 65 lbs, now 21 years old at 6’ 2″ 178 lbs, began his ascent to the 2020 U.S.Olympic Team Trails. Since that tender age of ten, Robert Magee has accomplished all that has been put before him within the rituals of the unforgiving yet rewarding sport of boxing. The heartache losses that should have been wins, the losses that were due to lack of preparedness or untimely minor illnesses that sapped his energy during training and/or competition. And then there were the wins that enriched his sense of fortitude, that kept him in the game to continue to sharpen his skill set and strengthen his confidence. Robert Magee has put forth the proper time and energy that it takes to display a sharp skill set of muscle memory, with an execution of precision and mental focus…

And the main person behind the scenes of Robert Magee, and all boxers, in the trenches, leading the way and clearing their pupils path for success, and enduring their own personal life sacrifice’s as a volunteer, in no certain order, is the coach, trainer, mentor, father, confident, drill instructor, and sometimes baby sitter. And In this case, Kirk Douglas Sr.

Coach Kirk Douglas Sr. is a family member of four generations of amateur boxing champions, and a Saint Louis Boxing Hall of Fame Inductee. Kirk trained and boxed under the tutelage of his father, Frankie Douglas ( Golden Gloves Champion ) and the late legendary USA head team coach ‘ Dean of boxing ‘ Kenny Loehr. He was taught the lessons of the art of defense and the psychology of boxing from his aforementioned coaches, and he teaches them religiously to his boxers.

So, to Robert Magee and coach Kirk Douglas Sr., and all the tremendous boxing talent and outstanding coaches that will be putting everything on the line this week…Hoping to see you winners at the 2020 Olympic Games XXXIII in Tokyo, Japan!