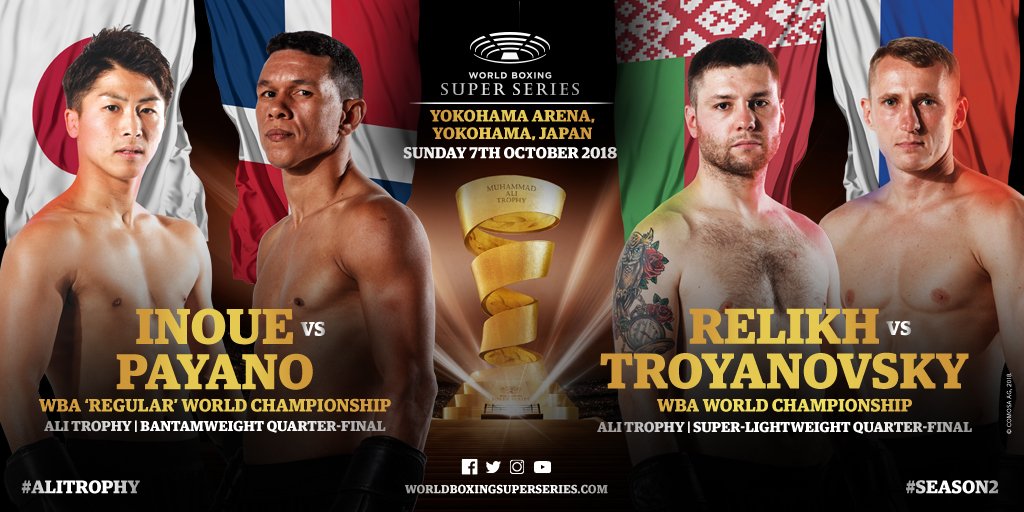 The Season II Quarter-Finals of the World Boxing Super Series will feature doubleheaders over six fight nights on back-to-back weekends, starting on Sunday 7 October at the Yokohama Arena, Yokohama, Japan.

After the bouts in Japan, the remaining ten quarter-finals will be held in pairs over the following Saturdays in locations around the globe that will be announced over the next few weeks.

“We will be doing doubleheaders this time on the quarter-finals,” said Comosa’s Chief Boxing Officer, Kalle Sauerland.

“You will be seeing action from not always the same weight class on the same night, but you will always get doubleheaders. So twelve fights, six weeks, all over the world; Asia, US, UK, Europe. We can’t wait!”

Dates for the six weeks of Ali Trophy quarter-final action this autumn: