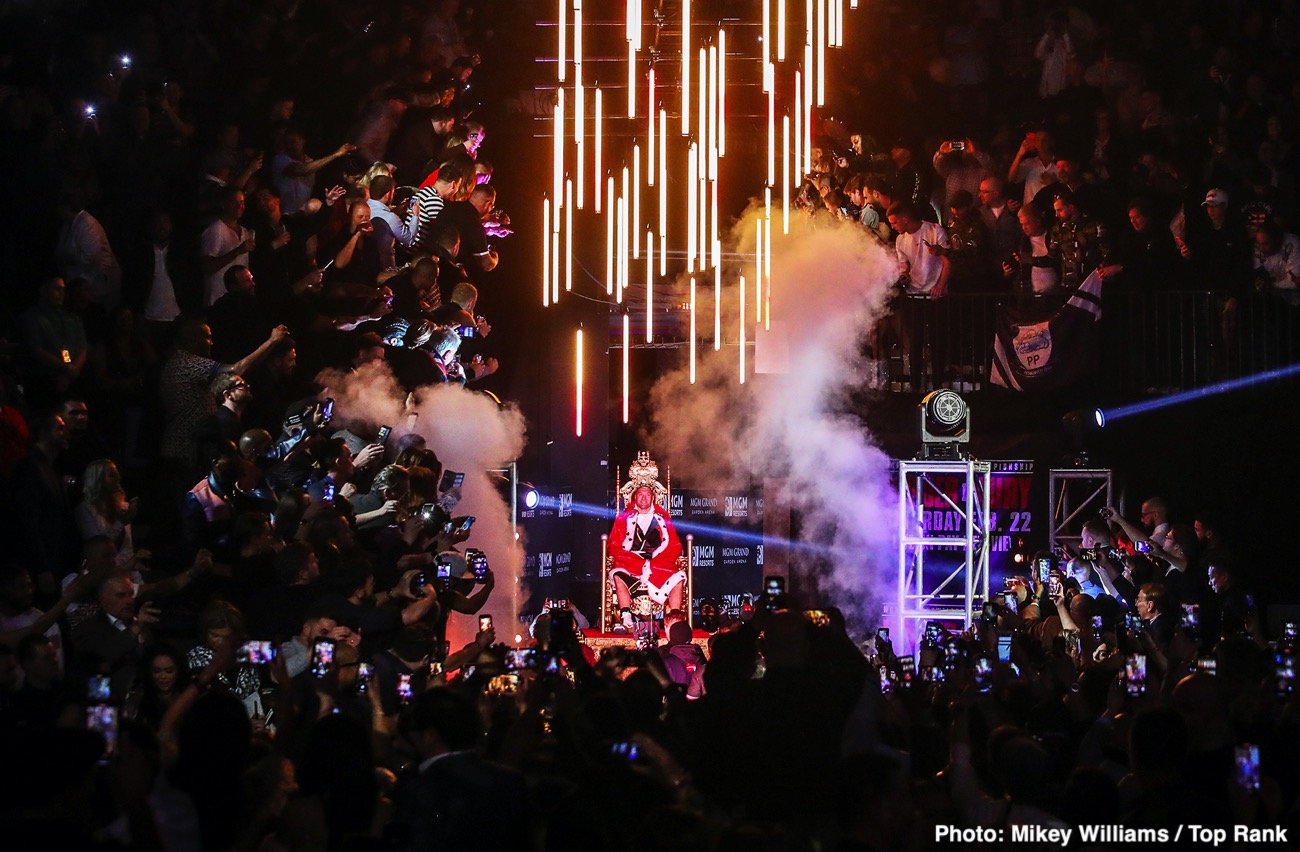 With fight fans braced for the biggest all-British world heavyweight title fight of all time, there have been rumours circulating that UK fight fans will have to shell out a hard to swallow P-P-V fee of £40 or thereabouts to watch the Tyson Fury-Anthony Joshua fight live on TV.

Already, there has been much anger expressed by some people, some of these people coming from a media background, and it must be agreed that £40 is way too much. But Eddie Hearn has hit back at these rumours, the Matchroom boss telling IFL TV that, ‘I don’t know where these rumours come from.’

Hearn said there is no truth to any talk that the big fight (or fights, as we are likely to see a rematch between the two giants) will carry with it a P-P-V fee of £40.

“I don’t know where these rumours come from,” Hearn said with regards to the £40 chatter that has been circulating. “Again, I haven’t had any discussions about the P-P-V price, I certainly don’t think it’ll be £40. So, nothing’s been discussed, nothing’s been set.

I just started getting some tweets and some DM’s, going, ‘You’re a disgrace! £40 PPV.’ I was like, ‘Where’s that come from?’ No discussions. If there is an increase in the P-P-V price – not £40, but I think there will be – then we need to provide a show that’s worthy of that.”

To some people, this would still be far too much, heck, plenty of people are fully against paying ANYTHING to see a boxing match; these folks are harking back to the “good old days, when boxing was on free T.V.”

I’ve been guilty of this myself in the past, yet facts are facts – those “good old days” are not coming back.

With a stellar under-card, Fury Vs. Joshua might not be too badly priced at £30, especially if the fight goes out at a decent time as far as UK fight fans are concerned.

In the past, part of my problem with having to shell out £20 or £25 to watch a big fight was the fact that it took place in the small hours here in the UK.

Why should we pay top dollar (or top £pound) when the fight is taking place nowhere near prime time? Should we not get some kind of discount for this?

Those 5AM starts can prove gruelling. But with Fury Vs. Joshua likely for the Middle East, maybe Saudi Arabia, there will be no need for a very late night/early morning affair.

Instead, if the card does take place over there, as AJ’s return fight with Andy Ruiz did, we can look forward to settling in for the main event at some time around 9 or 10PM. That would suit many a UK fight fan just fine. Even if they have to pay £30 for the privilege.