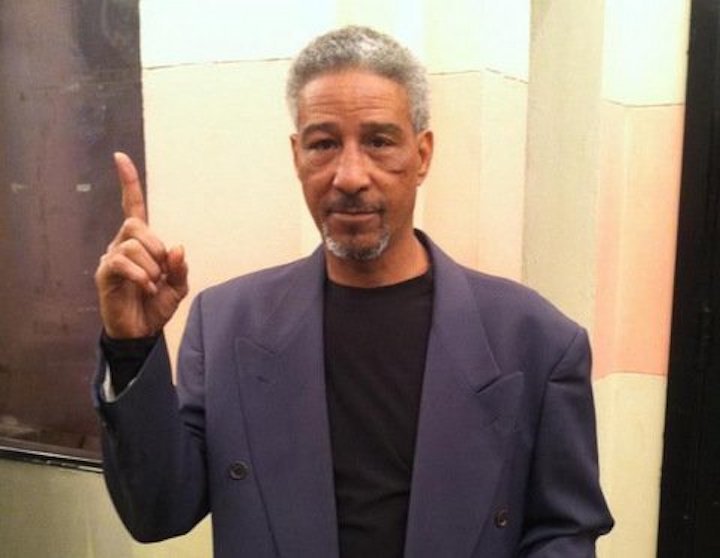 Heavyweight legend George Foreman is not the only former champ who is today celebrating his birthday. “Big George” shares his birthday with fellow greats, Felix Trinidad, Rocky Lockridge (R.I.P) and Kennedy McKinney. How great was McKinney? Was the former IBF and WBO super-bantamweight ruler in fact merely good or very good?

One thing is clear: McKinney – who turns 55 today – was far too good to be all but forgotten the way he has been. A superb fighter, at both amateur level and pro-level, Kennedy (named after the great President) won Olympic gold in 1988 and he then went on to not only capture those two world titles but also to feature in some truly amazing fights. Fans who saw McKinney’s epic war with Mexican great Marco Antonio Barrera will never forget it.

A few years back, I was fortunate enough to speak with Kennedy and the former champ was kind enough to look back on his at times thrilling career:

One his war with Barrera:

“Barrera was a bull when I fought him. He was probably the hardest puncher I fought, even though there weren’t too many times I can remember being really hurt in any fight I ever had. He wasn’t too fast, and he didn’t really have snap on his punches. But he was so heavy-handed. He also hit me low at least ten times and the ref never said anything. I had planned to box him and frustrate him, play with him even. But at the pre-fight press conference, he threw a shot at me. I told him to his face, ‘There is no way you can come to America and beat me, boy!’ I wanted to knock him out so bad. I put him down and he put me down a bunch of times. At least I had him on the canvas, but, man, he had some f*****g chin on him!”

On his greatest win:

“My best night was when I won the IBF title when I beat Welcome Ncita in 1992. That was me at my best, at my peak. I was sharp and I was ready. He was quicker than I thought he would be and his speed did give me trouble. I went down in the 11th round, I actually took a knee when he hit me with a good shot, it was a right hook to the head. His corner thought I was gonna quit. I was never gonna quit! I got myself together and after a good exchange, I stopped him that same round. (McKinney actually scored one of the most devastating KO’s you will see, his right hand knocking Ncita out cold).

On a fight with Naseem Hamed:

“I was supposed to fight Hamed after I’d knocked out Junior Jones. Jones another fighter I ruined. I went to England, for about five days, and I signed the contract. That fight would have taken place in New York or in Las Vegas, or some place – any place! But he wouldn’t sign, man. The promoters pushed me out of the way. Eventually, Barrera got the WBO belt back and he wound up boxing Hamed and beating him and ruining him, the way I would have done. I would’ve knocked that boy out. He was just too short for me. He was a dangerous puncher, but if you boxed him, he’d have been easy for me. Kevin Kelley nearly beat him, but Kelly got overexcited. He dropped him and he got overexcited. Kelly should have boxed and used his speed, not given him chances with his crazy punches, punches you didn’t see coming. I would have beaten him. I had too much experience and he was too short for me. I should have had a big-money fight with Hamed. I never had the $million dollar payday.”