Lightweight champ Teofimo Lopez has been saying for some time how he will do away with his IBF mandatory challenger George Kambosos jr “inside three rounds.” Yesterday, the two men met to officially announce their June 5 fight, and Lopez again made his prediction of a short and explosive night. However, for around an equal amount of time, Kambosos Jr, 19-0(10) has been telling us how Lopez has a “suspect chin.”

Of course it could be trash-talk, an effort at mind games and not too much else. But could it be that the unbeaten Australian fighter, “sees something?” to paraphrase the great Max Schmeling (who “saw something” in Joe Louis’ game that he could, and did, exploit). “This kid’s got a supsect chin, Kambosos Jr said of Lopez. “He keeps talking about three rounds, okay, fine – if they think that. But I’ll be ready for all [12] rounds.” 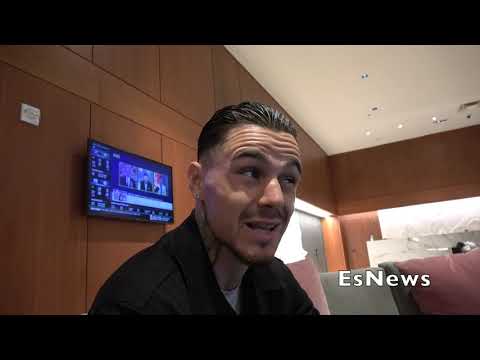 Lopez is currently 16-0(12) and he is coming off that huge win over Vasiliy Lomachenko. There has really be nothing to suggest Lopez has a “suspect chin.” Maybe Kambosos Jr has seen footage of the June 2019 sparring session Lopez had with Janelson Figueroa Bocachica, with Lopez suffering a heavy knockdown. Still, does a sparring session really mean too much in the grand scheme of things?

That knockdown aside, Lopez has never given any cause for concern regarding his chin. But Kambosos Jr says the three round prediction Lopez is making could come back to bite him, in that it will be he who wins in three rounds, thus taking Lopez’ belts back to Australia.

This is 27-year old Kambosos Jr’s prediction. It should be a great fight in June, as both men are clearly pumped up and ready to fight. 23-year-old Lopez feels he is the best 135-pound fighter in the world, if not the best fighter in the world regardless of weight class. Kambosos Jr believes he will go down as the greatest Australian fighter ever.

Which man will have the last laugh on June 5? Will this one prove to be a short night? 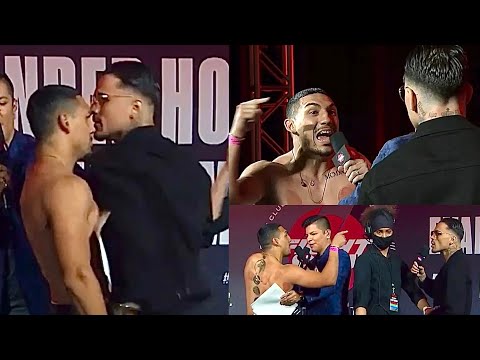