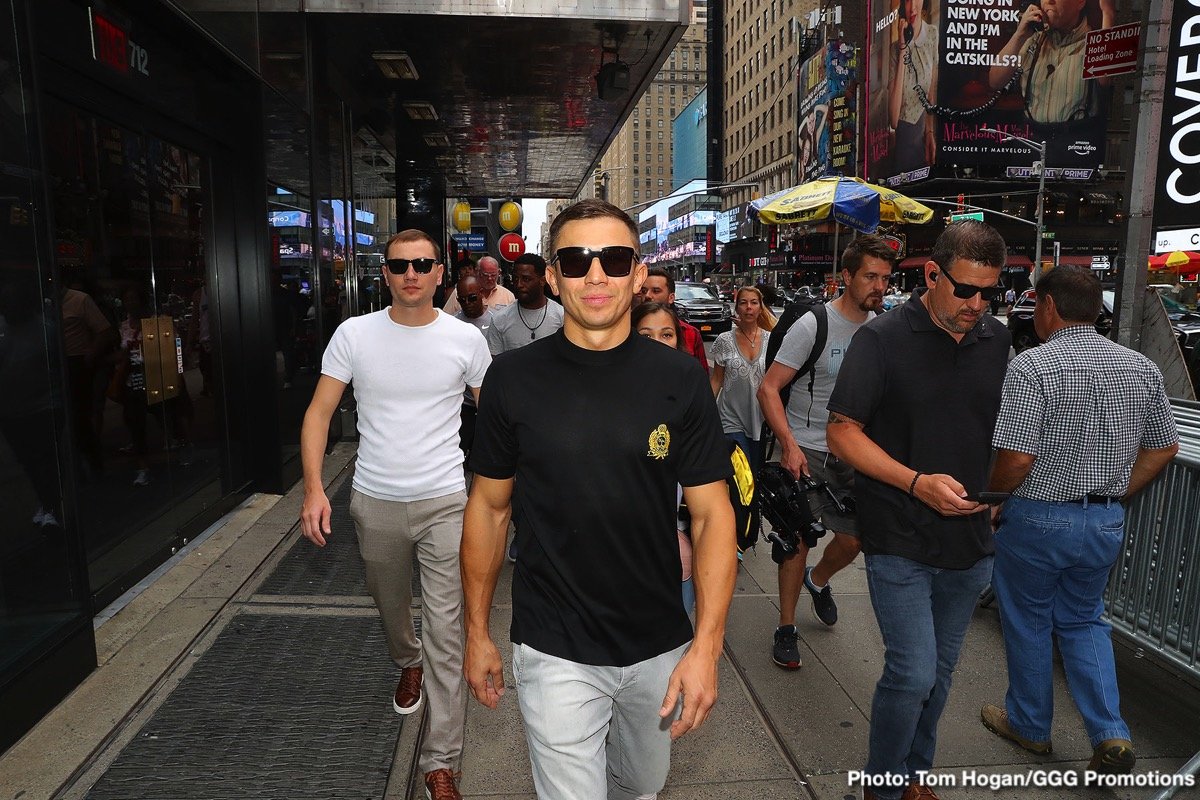 The way former middleweight king Gennady Golovkin tells it, he is absolutely certain he won both of his fights with Canelo Alvarez and that he remains an undefeated fighter. This is the mindset of GGG as he enters Saturday night’s fight with the little-known Steve Rolls, this bout being the first in Golovkin’s lucrative deal with DAZN.

And though Golovkin believes he twice beat Canelo, he wants to fight the Mexican star a third time. And, in speaking with Jeff Powell of The Mail, the 37 year old wants the fight he is “90 percent sure will take place on September 14th” to take place not in Las Vegas, the scene of fights one and two, but in New York, at Madison Square Garden.

“I am now 90 percent sure that me and Canelo will be boxing on September 14. DAZN did not pay me to join Canelo on their network for us not to fight each other,” Golovkin said. “I think they know now that him and me are the biggest fight in boxing. The big money fight. The fight the fans want us to give them. Of course I believe I won the first two fights. That I am still undefeated. We both need to settle this. I am happy here. I draw on the energy of the crowd in the Garden. In the end we see what makes financial sense. Boxing is business.”

Of course, GGG must get past Rolls before he can think about his next move. Now trained by Jonathan Banks, GGG says he is at a loss as to why anyone brings up his age, that he “feels like a teenager.” Fans are anxious to see how good Golovkin looks with his new coach, whilst fighting on a new platform, coming off his first pro loss. But assuming the odds are obeyed on Saturday – and GGG says that, unlike Anthony Joshua, he himself will never underestimate any opponent – it is to be hoped it will be GGG-Canelo III after that.

And New York would be a fair place to host the fight. Reports say MSG in under consideration to host the fight, as is The Cowboys Stadium in Dallas, as well as The San Antonio Alamodome. In terms of fairness, it cannot be Vegas again. Many fans feel GGG cannot and would not get a fair shake from the judges in a fight with Canelo there.

At the end of the day though, wherever the fight happens, fans will be happy. This is a rivalry that needs to become a trilogy.