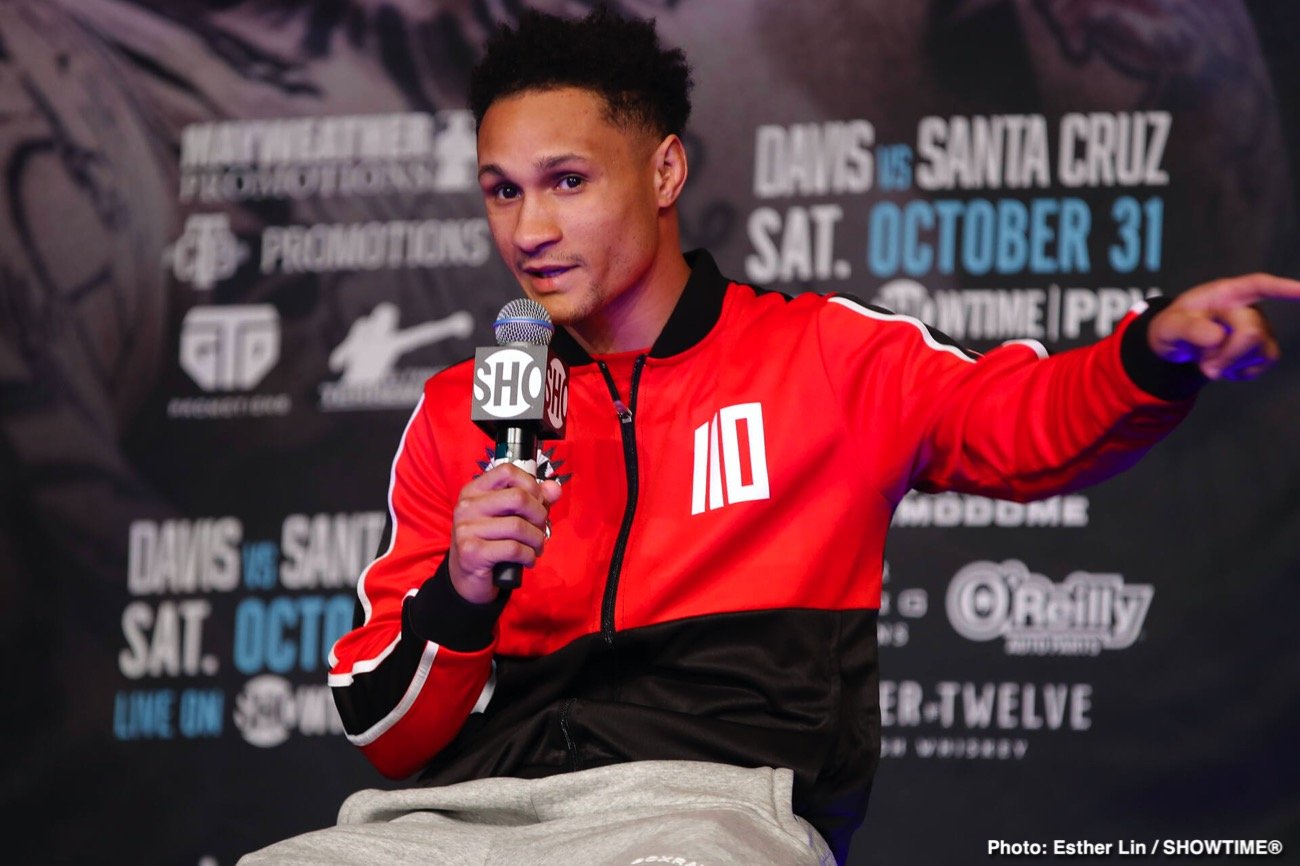 Mayweather Promotions CEO Leonard Ellerbe labeled the planned December 5th clash as a modern-day Hagler vs. Hearns. On one side, you have one of boxing’s biggest stars, Gervonta ‘Tank’ Davis. He’s a 3-division champion, knockout artist, technically polished fighter, and a pay-per-view draw.

On the other side, you have the arrogant, trash-talking Rolando ‘Rolly’ Romero. He has 14 victories, with 12 coming by way of knockout. Romero has a lack of experience, and his skill set is limited. His boxing style is awkward, but he has tremendous punching power that translates into the ultimate equalizer.

Davis (25-0, 24 KOs) is the overwhelming favorite in this potential match-up, but Romero’s right hand gives him a slight chance to pull off a major upset. Fight fans found this to be an intriguing clash since both fighters have incredible power in both hands, and they truly dislike each other.

Rolly Romero pleaded for the match-up with Gervonta Davis for a significant amount of time. After dominating Anthony Yigit and knocking him out in the seventh round on July 17, Romero called Davis out again during the post-fight interview. This time his call would be answered as the event was set for December 5th at the Staples Center in Los Angeles.

The bad blood between the two fighters became painfully obvious when they verbally sparred with each other at their first press conference. Rolando Romero promised he would knock Gervonta Davis out, but unfortunately for Romero, sexual assault allegations may knock him out of the match.

On October 28th, Izabel Zambrano, 24, published a post on Twitter about the alleged sexual assault that occurred in the fall of 2019. The alleged incident is currently under Henderson (Nevada) police investigation.

Due to the accusations, Showtime and Premier Boxing Champions are considering removing Rolando Romero from his scheduled December 5th bout against Gervonta Davis. If Romero is removed, Isaac Cruz (22-1, 15 KOs) is the favorite to replace Romero.

While Cruz is a rising prospect, Regis Prograis (26-1, 22KOs) is already established. He’s a former world champion, and the only blemish on his record is a narrow defeat at the hands of the undisputed Junior welterweight champion, Josh Taylor.

Prograis made it known that he would be interested in taking the fight on short notice. “I’ll fight his little a** on short notice. Floyd (Mayweather Jr.) and Leonard (Ellerbe) said they love that fight. But we all know that’s bulls**t. Tank ain’t fighting no elite fighter anytime soon on short notice.” Davis responded by stating Prograis was looking for a payday. He also mentioned how he heard Shakur got the best of Prograis in a sparring session.

Gervonta Davis is the A-side, and he is the pay-per-view attraction. To maintain that status, he and his team will have to pair him up with the worthy competition consistently. Regis Prograis is a worthy opponent. He’s an elite fighter, and the potential bout could satisfy boxing fans’ appetite for the best fighting the best. Mayweather Promotions need a popular fighter like Prograis to help sell tickets and bring in pay-per-view buys. The question is, are they willing to take the risk against a seasoned and dangerous opponent such as Prograis.