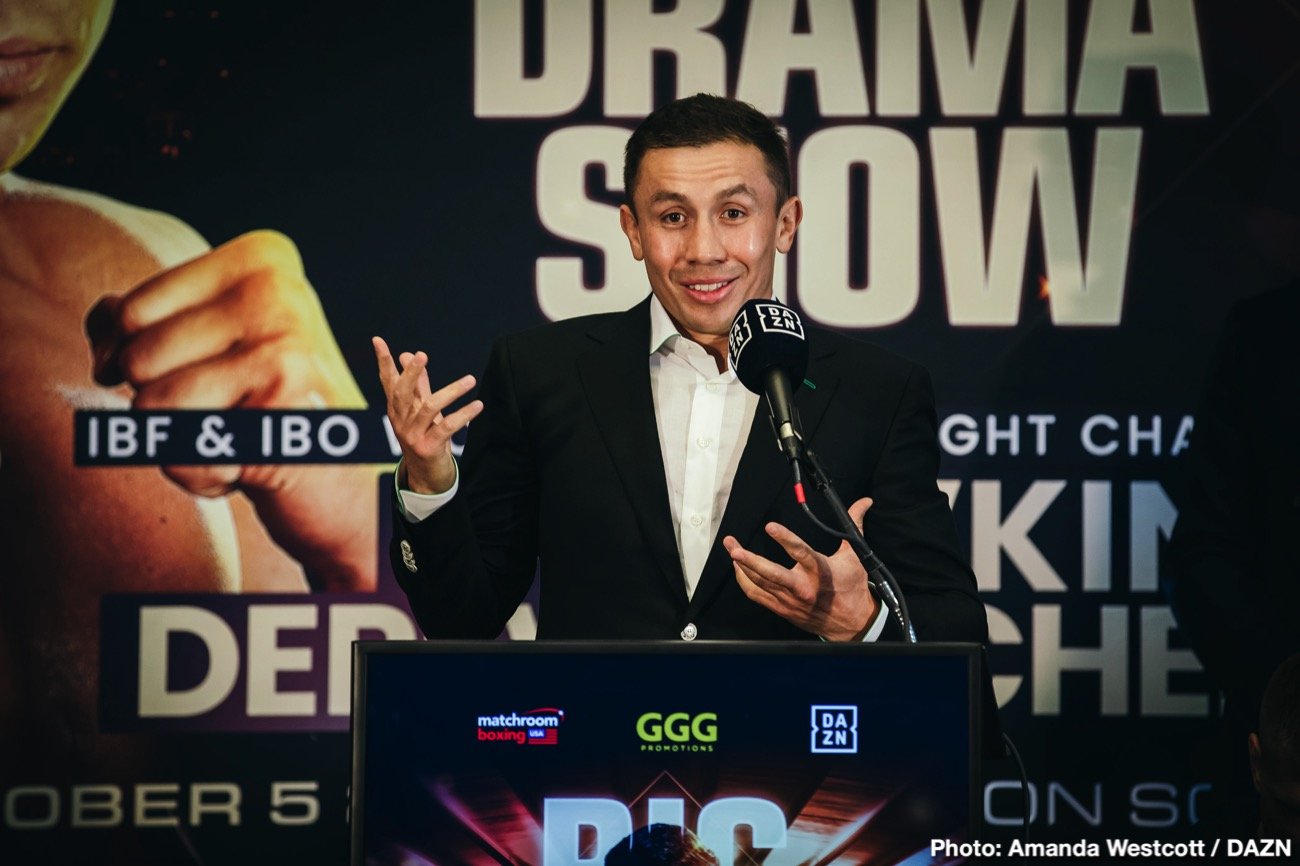 In the latest Gennadiy ‘GGG’ Golovkin news, his IBF mandatory defense against obscure fighter Kamil Szeremeta is potentially being moved to April 11 in Kazakhstan, according to ESPN.

There’s still a possibility the fight can take place in the U.S, but it’s hard to imagine it drawing fans given Golovkin’s opponent.

“It’s something we have been looking into,” Matchroom Boxing promoter Eddie Hearn said to ESPN.com. “Nothing is settled, but the fight could be [in Kazakhstan].”

By staging the Golovkin vs. Szeremeta fight in GGG’s original home country of Kazakhstan, it increases the chances of ticket sales. That’s a positive, but the fight would still likely make more money if it were staged in the U.S in either Southern California or New York.

The problem with that is the fight might not come close to selling out. Besides many fans never having heard of the Polish fighter Szeremeta, Golovkin is coming off a questionable 12 round unanimous decision over Sergiy Derevyanchenko on October 5 at Madison Square Garden, in New York.

GGG was heavily booed afterwards by the boxing fans that attended the fight, and he looked poor. Derevyanchenko fought his heart out, outworked Golovkin in almost every round, and had him hurt badly in the 5th from a body shot.

The taint from that fight is obviously going to follow Golovkin no matter where he goes in the U.S, which is why it might not be a good idea for him to face Szeremeta right now in the U.S.

The image of Golovkin taking an arguably easy opponent after escaping with a controversial win over Derevyanchenko looks bad.

In this case, Golovkin would have been better off taking the rematch with Derevyanchenko for February, March or April rather than choosing to defend his IBF stap against Szeremeta. It’s not as if there’s any demand at all by U.S fans for Golovkin to fight Szeremeta. That’s a fight that he’s choosing to take.

DAZN would likely do better if Golovkin fought Derevyanchenko again rather than facing Szeremeta in a mismatch that few fans want to see. Golovkin already had a soft touch in his first fight of his six-fight contract with DAZN against Steve Rolls, and now he’s about to get another one. It would be interesting to know how DAZN feels about GGG fighting little known fighters, who he stomps on in fights that mismatches from the word go.

The fan reaction to Golovkin facing Szeremeta (21-0, 5 KOs) in his next fight on DAZN has been negative to the extreme. On social media, the 37-year-old Golovkin is being dumped on anytime this fight with Szeremeta is mentioned.

The fans see Golovkin veering away from the courageous risk-taking career strategy that he had before, and now taking the easy fights against the likes of Steve Rolls and now the 30-year-old Szeremeta, who has a KO percentage of 23.81%. Just so you know, that’s not good.

Just why the Golovkin vs. Szeremeta fight keeps getting moved is difficult to understand. Is it because it’s such a poor fight on paper, and likely not big enough to sell tickets? If that’s the reason why the dates keep shifting for the Golovkin-Szeremeta fight, it would be a good idea for GGG to lose the IBF belt, and use his time on going after opposition that WILL sell tickets. Namely, fights against the likes of the Charlo brothers, David Benavidez, Caleb Plant, Demetrius Andrade, Jarrett Hurd, Jaime Munguia, Jeison Rosario, Julian ‘J-Rock’ Williams or Tony Harrison.

Many boxing fans had never heard of Rolls, and it wasn’t a great fight. Golovkin looked sluggish in the first three rounds. When he shifted into 2nd gear in the 4th, he immediately knocked Rolls out. Even though Golovkin won, he didn’t look good, and neither did his opponent Rolls.

This wasn’t a fight that the boxing public were asking for, and it’s unclear how many subscriptions DAZN received for this mismatch. In Golovkin’s second fight of his six-fight contract with DAZN, he beat the aforementioned Derevyanchenko by a questionable 12 round decision last October. Now that was a good fight, but unfortunately the perception a lot of boxing fans have is GGG was given a gift decision.

To get the most of the remainder of GGG’s contract with DAZN, he would be better off vacating his IBF middleweight title, and concentrating on facing good opposition that U.S fans have heard of, and want to see him in with.

If Szeremeta proved himself first that he was worthy of a fight against GGG, then it would make sense for him to fight him. But he hasn’t done that.

These are Szeremeta’s last six opponents: