Gennadiy Golovkin denied that he’d ever been hurt in a fight when asked that questioning during Monday’s press conference ahead of his trilogy match with Canelo Alvarez.

For boxing fans that have followed Golovkin’s sixteen-year professional career, it was surprising that he would fail to media his fights where he was clearly hurt against Canelo, Sergiy Derevyanchenko, and Ryota Murata and Kassim Ouma.

Golovkin’s ability to take shots to the head is second to none, but he’s shown himself to be vulnerable when getting hit to the body, which we’ve seen repeatedly during his career.

With Golovkin’s important third and likely final fight with Canelo coming up on September 17th, you can maybe understand why he’d not want to admit to the media that he’d been hurt a number of times during his career because they would have surely asked him which type of punches did the damage.

There’s no point in Golovkin being secretive about being hurt because it’s already common knowledge, and both Canelo and his trainer Eddy Reynoso are aware of those.

That’s why they’re going to attack Golovkin’s Achilles heel, his midsection, on September 17th and look to finish the job they started the last time they fought Golovkin in 2018 and had him hurt to the body.

“I fought Canelo at 160, and I can say he was faster puncher with fast combinations, but I wouldn’t say those were power punches, knockout punches and you saw that. They were clean shots that brought no results,” said Golovkin during the New York press conference on Monday.

“Of course, he’s in a different weight class now at 168, but him saying he can go to 190 and beat Usyk, come on, get back to reality, alright?” Golovkin said about Canelo.

“Everybody is tough,” said Golovkin when asked who hurt him. “All my opponents knew how to punch, and believe me, they punch hard. But as Johnathon said, I was not hurt or knocked down, so it’s hard for me to rate them,” said Golovkin.

“He’s never been knocked down, and he’s never been hurt. So who’s going to hurt him if he hasn’t been hurt?” said Golovkin’s trainer Johnathon Banks, who is failing to mention GGG being hurt by Sergiy Derevyanchenko, Ryota Murata, and Kassim Ouma.

“There hasn’t been nobody. He’s told everybody, ‘Come on,’ and they came and they got hurt,” said Banks.

Johnathan Banks obviously wasn’t with Golovkin when he fought Canelo in 2018, but if he saw the fight on television, he should know that he was hurt to the body. A good trainer would know this. 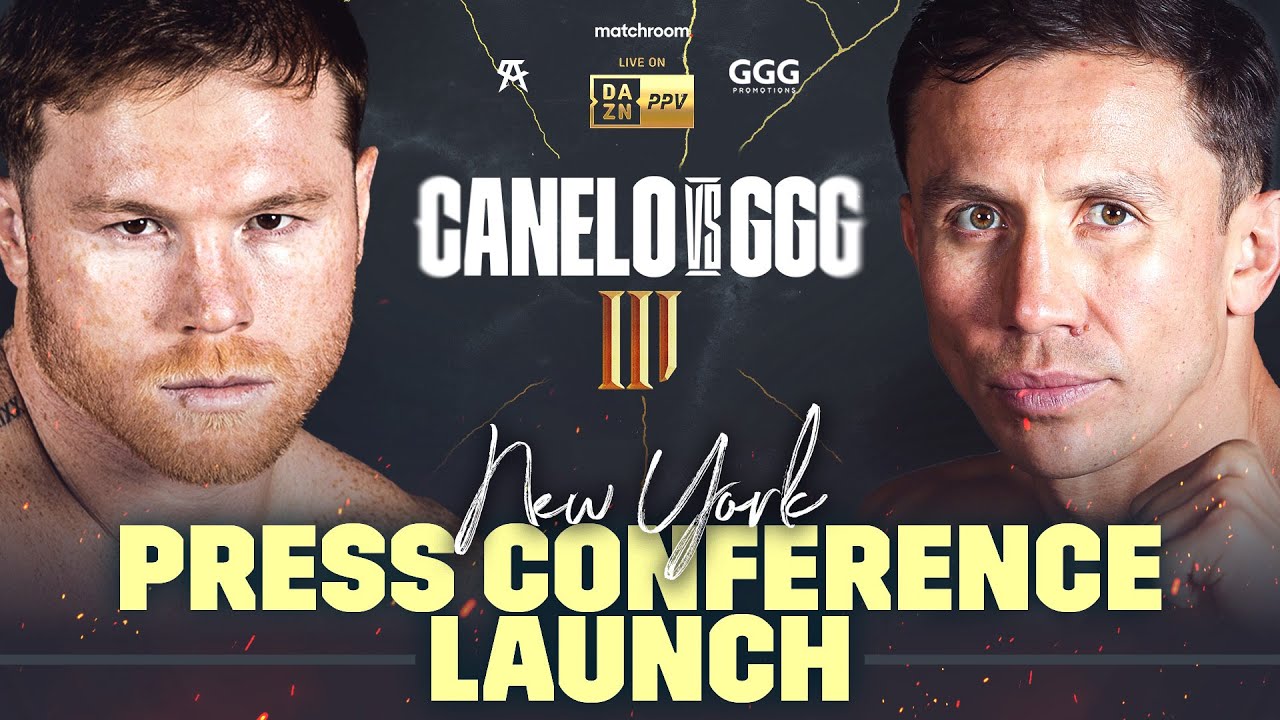