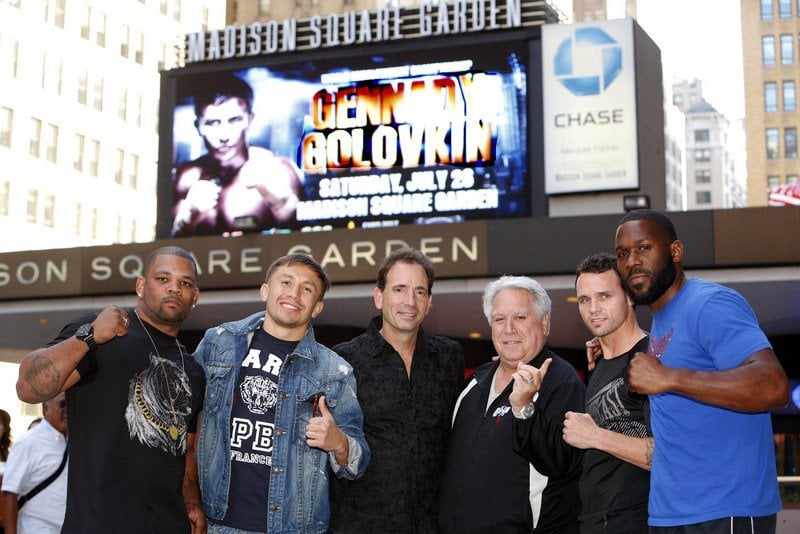 With the sensational artwork of their Saturday, July 26th event looking down from the “Mecca of Boxing’s” world famous marquee, GENNADY “GGG” GOLOVKIN, DANIEL “The Real Deale” GEALE, BRYANT “By By” JENNINGS and MIKE “The Rebel” PEREZ posed for photos. The were joined by their promoters Tom Loeffler of K2 Promotions and Gary Shaw of Gary Shaw Productions. 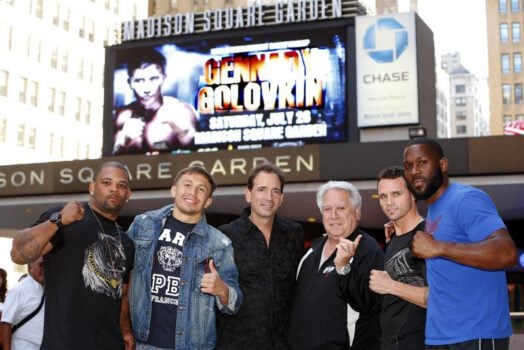 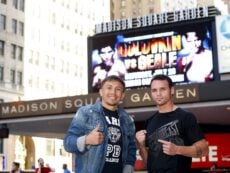 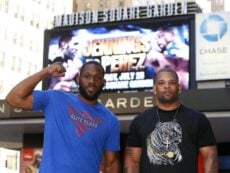 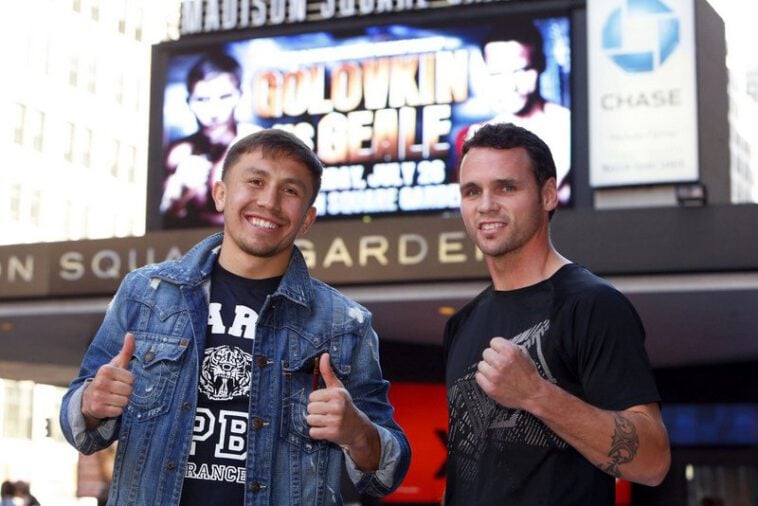 For fight updates on JENNINGS VS. PEREZ via Social Media, follow HBO Boxing on Twitter at @HBOBoxing and Facebook at /HBOBoxing, Bryant Jennings on Twitter at @BYJennings, Tom Loeffler/K2 Promotions at @TomLoeffler1 and Gary Shaw Productions at @GaryShawBoxing. Use the hashtag #JenningsPerez to join the conversation on Twitter.