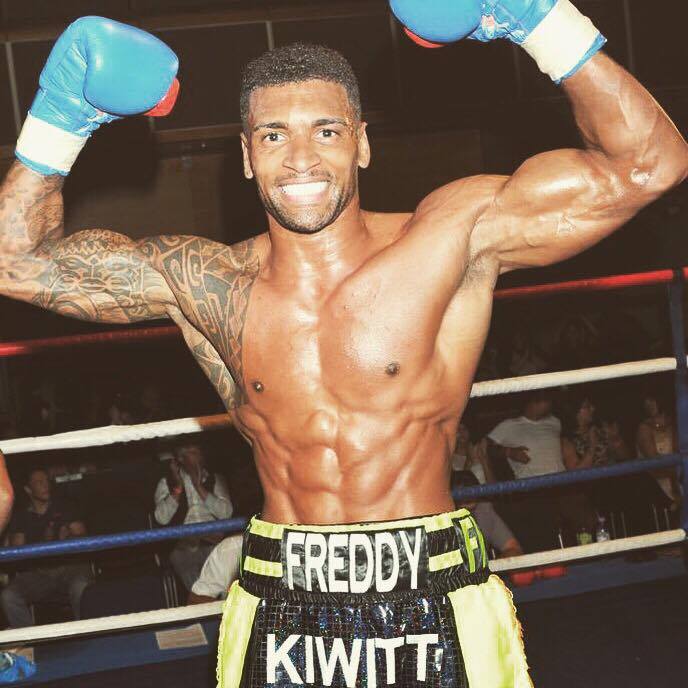 UK based boxer, Freddy Kiwitt (11-0, 6 KOs) has teamed up again with Ghanaian trainer, Carl Lokko for his next fight on November 12 against also undefeated Akeem Ennis Brown (6-0, 1 KO) in a final English Super Lightweight eliminator on November 12 at York Hall, Bethnal Green, London.

The Liberian born Kiwitt goes into his 5th straight fight under the stewardship of the vastly experienced Lokko and the 26 year old says he is enjoying every bit of work with the man who also trains recent IBF Lightweight title challenger, Richie Commey as well as another rising Ghanaian star, Duke Micah – who fights for the Commonwealth Bantamweight championship on same November 12 night, same venue, same Goodwin Promotions bill.

“I am back in training with top trainer Carl Lokko. It will be my first fight fighting at 140 pounds. But we a
re confident and I’m feeling strong to do the business with the coach I have in my corner,” Kiwitt told this writer.
“I learn with him every day. He’s not just pushing me to my limit as a student in the game, I mean the results speak for itself. 4 fights with him and 4 knockouts. And it’s not just me, it’s also same with Richard Commey and Duke Micah when you look at their knockout records,” Kiwitt added.

The man who also has a large following in Germany is so confident of victory, he is predicting a quick KO of the 21 year old ‘Riiddy’ Brown come fight night.

“The fight is scheduled for 10 rounds but I will be surprised if it lasts more than six. I think it’s a big step too soon for Brown and I’ll be just too strong for him. His team was brave enough to take the fight so I’ll make sure I deliver a great performance for the fans,” Freddy Kiwitt said.

He added: “I’m on the way to the top and I’ll be there by God’s grace. My manager, Michael Amoo-Bediako is keeping me busy fighting regularly so in return I’ll deliver good wins for the team.

“I’d like to thank everyone who can come and support me for my future fights. I have good support from people in Liberia and Germany and I’m building a good fan base around the U.K. So if people want to see a great night of boxing and special entertainment from me they should show up on November 12 in London York hall.”