Manny Pacquiao and Yordenis Ugas made their grand arrivals in Las Vegas yesterday, with their intriguing welterweight title fight now just three days away. Sky Sports were among the media scrum on hand to welcome the two fighters – one a superstar/living legend/all-time great, the other a slick boxer only hardcore boxing fans have really heard of – and Manny and his trainer Freddie Roach took the time to answer yet more questions.

Interestingly, Roach spoke about what he calls the real possibility of Pacquiao fighting either a return fight with Floyd Mayweather or taking a fight with unified 140-pound champ Josh Taylor. 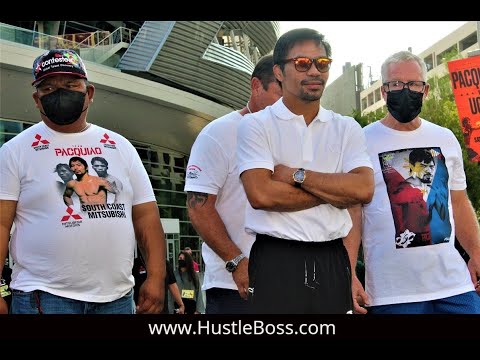 “We would like to fight Mayweather one more time,” Roach told Sky Sports. “But exhibitions? No. Manny is not into that. Manny has boxing fans. That’s what we’re after.”

There has been talk of a possible Mayweather-Pacquiao II ever since the bell rang to signal the end of their terribly disappointing “Fight of the Century” in May of 2015. Despite Mayweather insisting again and again that he has zero interest in a return clash with the man he widely outpointed, a good many people have been talking about what would happen in a rematch. Now Freddie seems to think the subject is worth bringing up once again. It would be a huge shock, as in gargantuan huge, if Mayweather agreed to fight Pacquiao again. 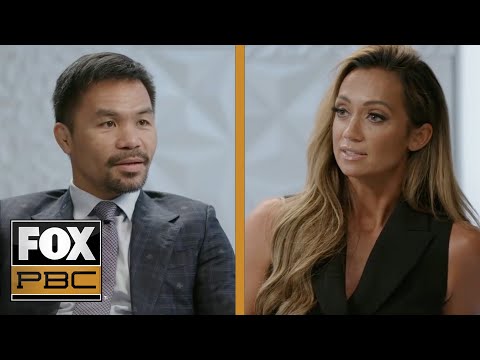 But Freddie also spoke about the possibility of Pac Man fighting Scottish hero Taylor; a fighter who has listed a fight with Pacquiao as his dream fight.

“That fight can happen, for sure,” Roach said with regards to Pacquiao challenging Taylor. “We are just going one fight at a time. The thing about Manny? He is not just going to pick some guy with a high rating because the world loves him. Manny wants to fight real fighters. He will challenge the best.”

There is no denying that. As Pacquiao has said himself, one fight at a time. If we see flashes of the old Pac Man on Saturday night, and if this is enough for the 42-year-old to pick up an impressive win, perhaps a stoppage victory, chances are pretty good Manny WILL fight again. But really, how realistic is it that his future opponent is either Mayweather or Taylor? 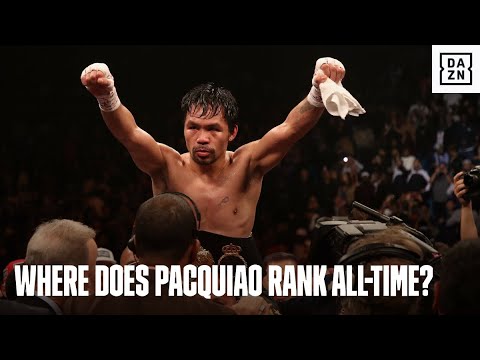 15 thoughts on “Freddie Roach: We Would Like To Fight Mayweather One More Time”