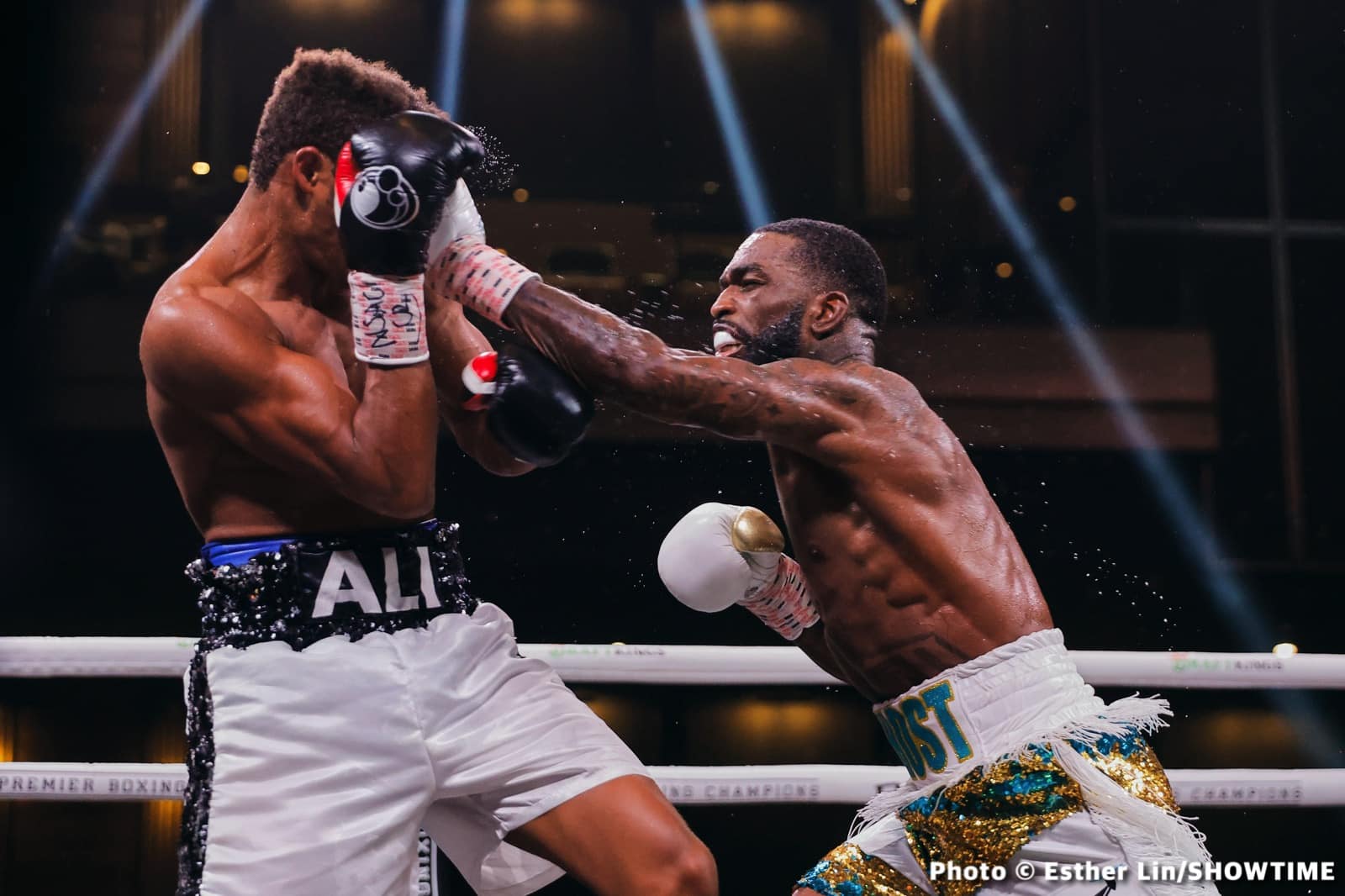 Frank ‘The Ghost (17-0, 12 KOs) put on a masterclass performance in winning a WBA 140-lb title eliminator on Saturday night with a 12 round unanimous decision victory over Michel Rivera (24-1, 14 KOs) at the Cosmopolitan in Las Vegas.

Martin, 27, was the busier fighter, letting his hands go and doing just enough to edge Rivera in every round. In the seventh, Martin put Rivera down for the only time in the fight. 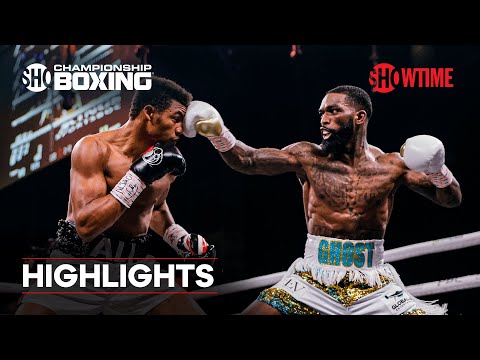 Other than that bit of excitement, the fight was mostly a tactical affair, with Martin boxing Rivera, controlling him with his jab, changing range, and doing whatever he wanted. Although Rivera showed excellent boxing skills, he failed to perform at the same level as the Errol Spence-promoted Martin.

With all the hype that went into tonight’s Martin vs. Rivera fight, it failed to live up to expectations. Rivera looked scared, and Martin seemed stiff and not on the level, talent-wise, of the better lightweights in the division like Devin Haney, Gervonta Davis, Shakur Stevenson, Vasyl Lomachenko, Ryan Garcia, William Zepeda, or Isaac ‘Pitbull’ Cruz.

Martin robotically outboxed the inexperienced 24-year-old Rivera and showed more ambition than him the entire fight. Rivera fought like his goal was to survive the 12 rounds rather than to try and win, and he accomplished that goal.

With the win, Martin is now mandatory for WBA champion Devin Haney, who will likely vacate soon, assuming he defeats Vasyl Lomachenko. If Loma wins, he’ll eventually get around to fighting Martin, but it’ll depend on his promoters.

Uzcategui had the advantage in power, but he wasn’t in the same league as Shishkin, and found himself on the receiving end of a one-sided beatdown.

In the exciting fight of the card, Vincent Astrolabio (18-3, 13 KOs) beat Nikolai Potapov (23-3-1, 11 KOs) by a sixth round knockout in an IBF bantamweight eliminator.  Astrolabio used power advantage to drop Potapov in the first, fifth, and sixth round. The bout was stopped at 1:26 of the sixth.