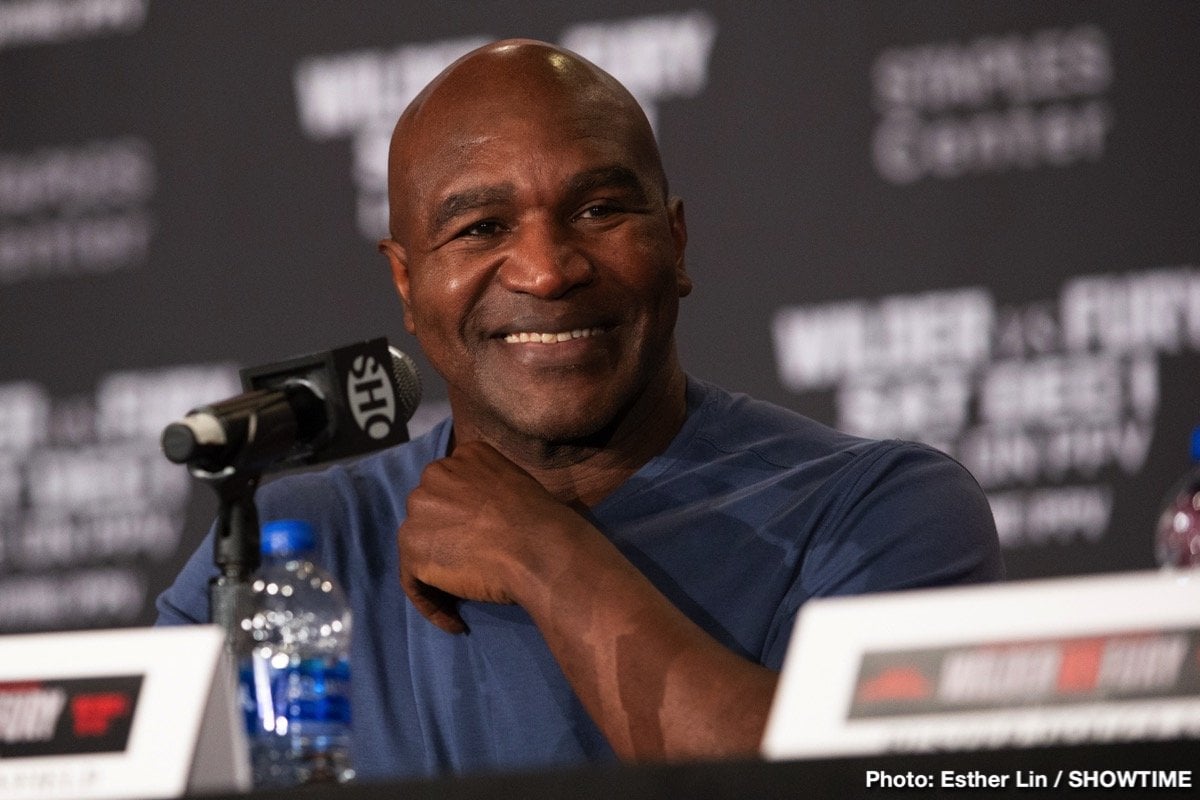 The Heavyweight Dinosaur, The Cruiserweight King And The Lethal Light-Heavyweight

Together, they’re not known as grandly as anything like The Three Kings, but between them, from 1991 to 1997, heavyweights George Foreman, Evander Holyfield and Michael Moorer (placed here not in order of greatness but in alphabetical order) gave us four fights that proved memorable for a number of reasons.

Looking back today, if they do so, it’s likely neither Foreman, Holyfield or Moorer will consider their series of fights to have been a rivalry. But these three fine fighters, two of them all-time greats, did engage in those four big fights; each of them contesting the world heavyweight title.

It’s quite amazing that the Foreman-Holyfield-Moorer trilogy made up even one fight. Foreman was a relic from the 1970s, Holyfield was a great cruiserweight from the 1980s and Moorer was a lethal light-heavyweight from later on in the ’80s. Yet somehow fate threw the three together for four fights.

It was on this day in April of 1991 that Holyfield, having made the move up from cruiser to capture the heavyweight crown, made his first defence against former king Foreman. Youth was served as the 28 year old pounded out a tough 12 round decision over the comebacking ex-champ, but it was way tougher than anyone had expected.

Holyfield would then lose to Riddick Bowe, beat Bowe in a return, and then fight Moorer. April 22, 1994 and a heart attack, a bad shoulder and two lackluster perfomances later, Moorer was the first southpaw heavyweight champion in history (and Teddy Atlas was the big talking point of the fight; his unique motivation methods in Moorer’s corner getting a ton of press).

Moorer then signed to make HIS first defence against Foreman. November 5, 1994 and, convinced he could KO Foreman, Moorer stood in close and was himself taken out. Foreman had made some history of his own. There would be one more fight contested by two of these three fighters who are far more celebrated for having engaged in rivalries with other top-notch fighters.

Holyfield and Moorer met in a rematch in November of 1997, with “The Real Deal” scoring an emphatic knockdown-filled stoppage in eight rounds. And that was it from these three as far as them fighting each other.

Holyfield and Foreman did come quite close to boxing a rematch, the big-money generated from the first fight making a sequel an attractive option. It didn’t happen. But Foreman-Moorer II came really close; Foreman even announcing the fight to a large Madison Square Garden crowd. Would Foreman have been able to repeat his KO victory of ’94, or would Moorer have learnt his lesson and stayed away from George as he picked up points? Moorer also stated that as he and Holyfield were “1 And 1,” a third fight should take place. This too never happened.

Again, it’s not Champions Forever (although Big George is indeed one of that ultra-special group) and it’s not The Three Kings; but between them, Foreman and Holyfield and Moorer, with their unique rivalry, sure did give us four entertaining fights over that six year period in the ’90s.