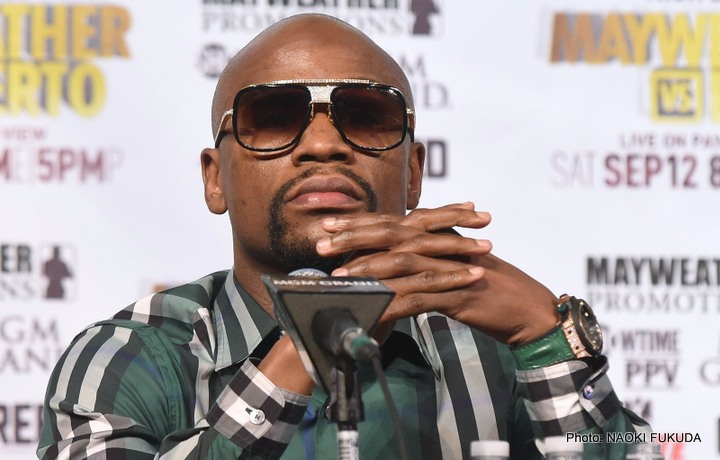 Moments ago in Tokyo, Japan, superstar Floyd Mayweather utterly destroyed a woefully over-matched and out of his depth Tenshin Nasukawa in front of a huge audience. Scoring three knockdowns over his wild-swinging foe, Mayweather got the job done inside two minutes of action. It was instantly apparent that this was no contest, even if Mayweather did not appear to be in truly great physical condition. He didn’t need to be.

Nasukawa might be a good kickboxer and MMA fighter but today he showed almost zero boxing skill. The 20 year old gave it a go, but as soon as he opened up he was a virtual sitting duck for Mayweather’s far superior punches. After the third knockdown, Nasukawa’s corner dived in and stopped the slaughter. Nasukawa was in tears. Mayweather did a little jig and was no doubt surprised himself how pathetically easy it was. Mayweather, who reportedly picked up a massive $9 million payday, barely broke a sweat.

All in all, it was a very big disappointment, to those who were expecting anything like a real fight anyway. Floyd said in the post-fight interview that he and Tenshin are still undefeated and that his opponent is still “a great champion.” Mayweather said that today’s fight was purely for entertainment and nothing more. Floyd added how he is “still retired.”

So will we see Mayweather take a real fight some time in the coming year, or not? Fans will be in no rush to pay to see him box another exhibition, that’s for sure. There were suggestions ahead of today’s bout that Floyd would perhaps take a dive, so as to cause the big sensation. Instead, we saw a master boxer against a rank amateur.

Hey, Floyd banked another monster payday and the joke’s on anyone who paid good money to see today’s farce. It was a very, very long card, with hours of fights and an incredibly tedious build-up. In the end, this one was in no way close to waiting up for.