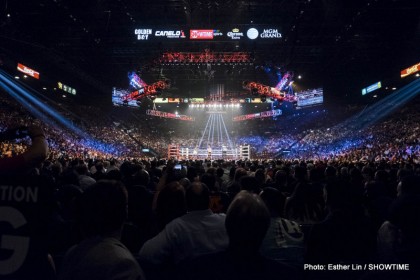 We have a football season, basketball season, baseball season and so on. Every sports have its schedule and meet their mandatory opponents and then the last one standing is crowned as the champion. This is done on a yearly basis and in some cases every 4 years like in the World cups and the Olympics. The fact is that in these sports, the opponents are not avoided, no short routes taken or not allowed to settle for an alternate opponent. Miami heat have to be dealt with Antonio spurs and so they are not the champions now. They did not take a short cut playing a lesser team and still posing as the NBA champions. No excuses,no stepping aside on recess and definitely no alternative opponents. They played the mandatory opponent and dealt with the results. That’s real sports.

The realest of all sport is Boxing but yet none of the rules are followed and no sanctions or athletic commissions questions it. Why isn’t there any schedules? Boxing is not football or basketball for the athlete to recover from the injuries in days or weeks but still don’t you think a boxer should have a mandatory obligation to fight certain times a year (lets say 2 or 3 times. Why are fighters like Mayweather and Andre Ward allowed to fight at times once a year and still called the champions? stop making up excuse statuses like “champion in recess. Only recess a true champion knows is the 1 minute breaks between rounds. Let me not even get into the mandatory challenges.

Why do you even have those terms called “mandatory challenge” when its not even taken into consideration. Whatever happen to the mandatory challenges between Mayweather Vs. Pacquiao or De La Hoya Vs. Margarito (before finding out about illegal wraps)? Just because Mayweather said Pacquiao is on steroids, the fight can be skipped????. Where is the ruling body in Boxing who makes the decision, clears up accusation and enforces the mandatory fights??? Did they go on vacation when Mayweather Vs. Pacquiao was suppose to be made???

I could go on and on about the flaws in the operation side of the boxing but people already know this. It is the only sport where there is a commission but yet incapable of enforcing any type of rules and regulation for the sport. Boxing need to get rules that applies to all the boxers whether they are million dollar babies or Cinderalla men fighting for chump change. If the promoter or the broadcast channel seems to be the problem,then they must be sanctioned (is there even a rule in the book about this?). If the boxing commissions have the cahonas to do this, we could have witnessed histories in boxing, our lives experiencing fights like Mayweather Vs. Pacquiao, Kovalav Vs. Stevenson, Duran Vs. Arguello, Tyson Vs. Lewis when it was actually suppose to happen, Bowe Vs. Lewis etc…

Tyson once said “You play soccer, you play tennis but you don’t play boxing… yet the commission is letting this great sport get played badly. It is the greatest sport and only the one that is known as the sweet science. Flaws like these are the reason its called the dying sport now and the great warriors we have in boxing are the reason the sport is not dead yet. Lets not let the promoters, the broadcasting channels and the fighters with special treatments dictate and bend the rules of this great sport. Something need to be done to revive this sport to bring back the days of excellence. Boxing commission(s) need to step it up and recapture the image of boxing.

If I need circus and drama, I can always tune to wrestling.