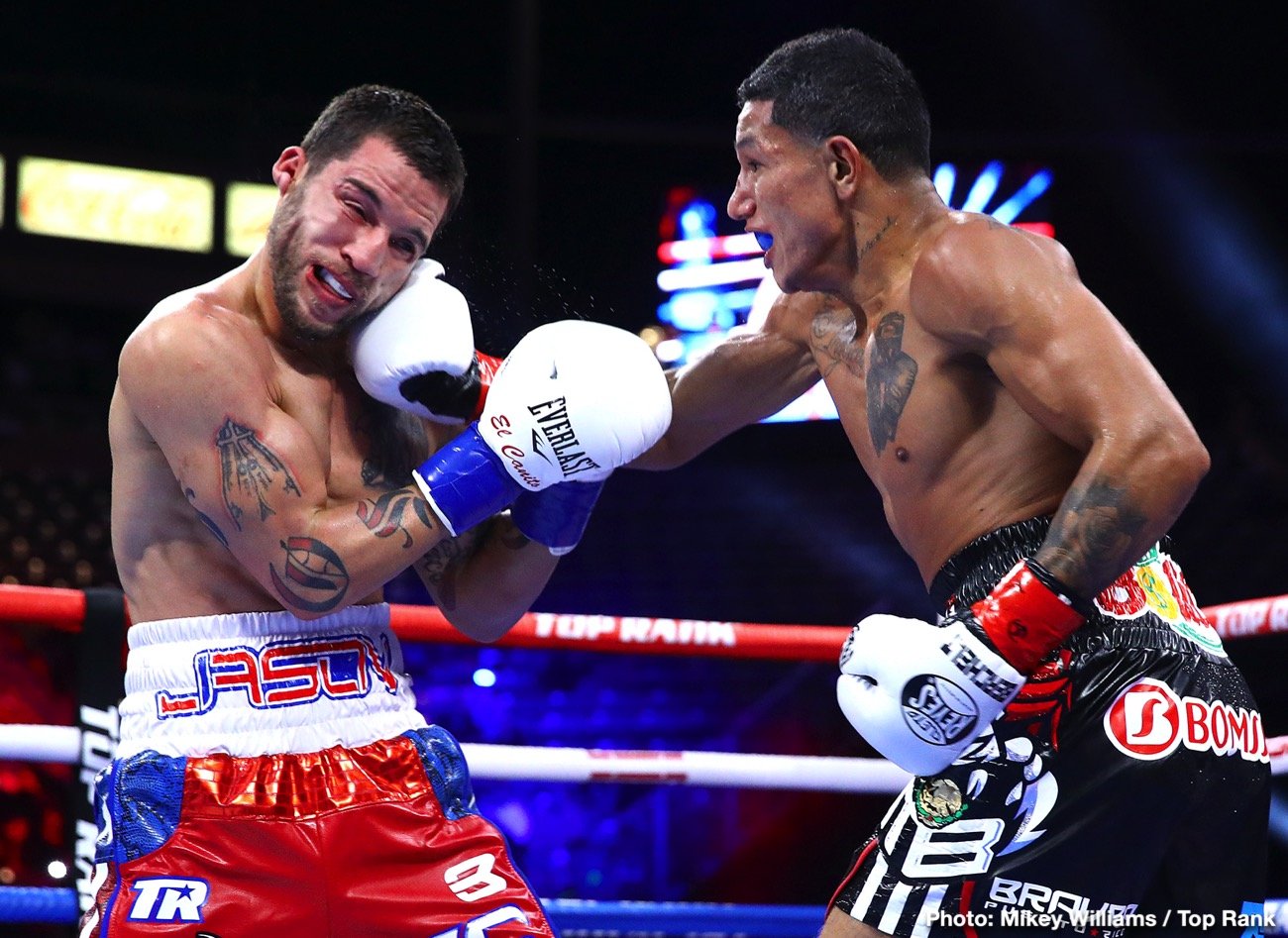 A Yahoo! Sports news story has reported how 130 pounders Miguel Berchelt and Oscar Valdez are set to rumble on December 12, the fight to go out on ESPN and probably land at a site in Las Vegas. These two all-action warriors have been linked together for some time and now it looks as though the fight will finally happen. And rest assured, it will be a FIGHT. Possibly The Fight Of The Year.

Berchelt, the reigning WBC super-featherweight champ, has given us some classics – see his wars with Francisco Vargas and Takashi Miura – while the unbeaten Valdez is also nothing other than a fun to watch action fighter. Who knows, the fight these two 130 pounders give us in December will perhaps prove to be so good it calls for a rematch; maybe even a trilogy. Simply put, when two great Mexican fighters share a ring something truly special can happen, indeed, is expected. It’s tough to see these two disappointing us.

Berchelt, 37-1(33) might be at his peak right now at age 28. Against Valdez “El Alcaran” will be making the seventh defence of the title he won by beating countryman Vargas in a sensational battle back in January of 2017. Valdez, 28-0(22) is a year older at age 29 yet he has looked good in his last few fights. A former long-reigning WBO featherweight champ, Valdez will be aiming to dethrone Berchelt and rule at the new weight. Might Berchelt prove to be too strong for Valdez, though?

It’s a very solid match-up, one that will almost certainly give us a terrific fight. Fans of both fighters can make a good case for their guy winning. The only thing we can all agree on is how entertaining this fight really will be. Two proud and fearless Mexican warriors, each with a fan-friendly style and approach. What’s not to like! There are a number of big fights set for the end of the year, but Berchelt Vs. Valdez just might prove to be the best fight on the year-end schedule.