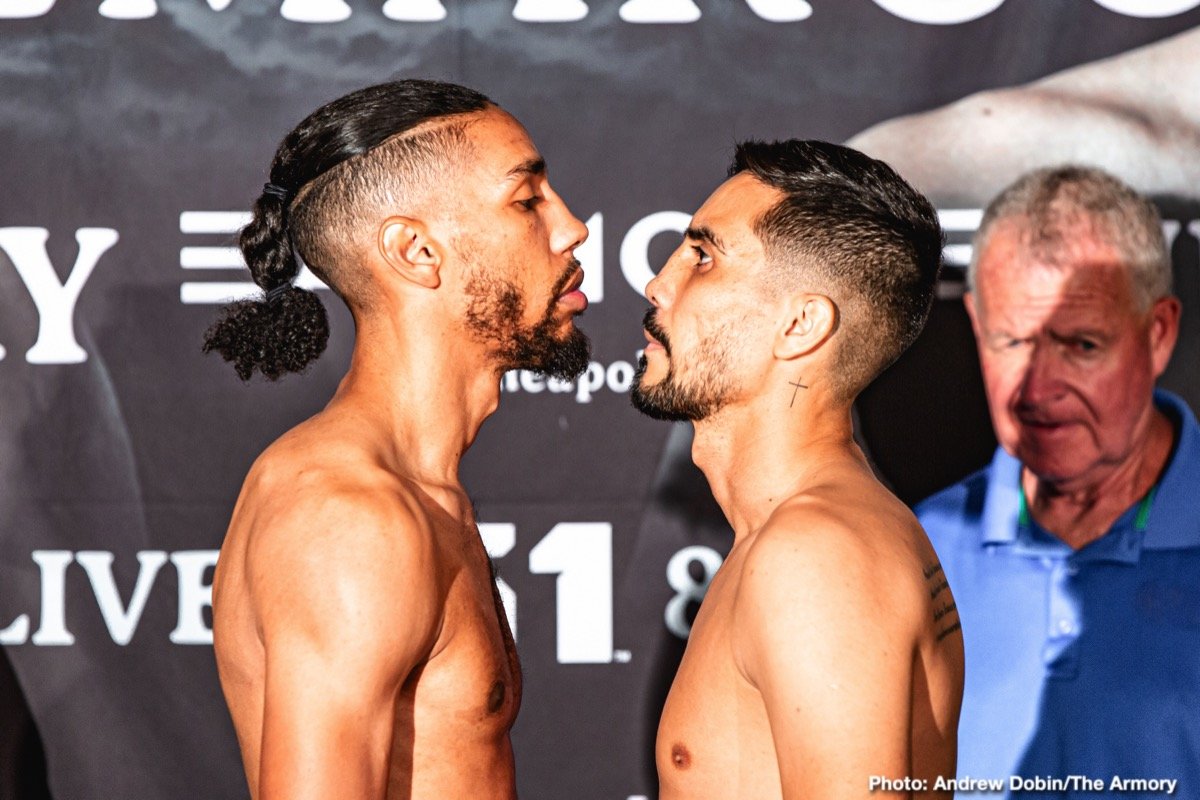 This Saturday night Jamal James returns to the ring in the comfy confines of the Minneapolis Armory on FS1. For those keeping track at home this will be James’s fourth time in a row fighting in front of a growing hometown fanbase. His opponent is the aged-vet Antonio Demarco looking to derail James title shot in this 12-round WBA eliminator. Two of the televised undercard bouts are of the crossroads variety, heavyweights Robert Helenius and Gerald Washington. Also, as part of the prelims, a pair of two-loss former rising prospects Bryant Perrella and Domonique Dolton look to climb back up the ladder at welterweight.

Let’s begin this preview article with Jamal James facing Antonio DeMarco, side note whoever comes out on top faces the winner of Sergey Lipinets vs. John Molina Jr. which is on the Pacquiao/Thurman PPV undercard next Saturday. James was last seen stopping Janer Gonzalez in the sixth round, making it 5 straight victories since dropping his only defeat to Yordenis Ugas in 2016.

James is the favorite over Demarco but the outcome will likely be determined by two items. The obvious one is how much does Antonio have left at this stage of his career. Boxing folks were claiming Demarco was over the hill all the way back to his fight with Omar Figueroa in 2015. He definitely looked shopworn early, sure enough though by the middle rounds Demarco pushed Omar the brink.

The main reason Demarco’s still a viable opponent at this late stage mostly has to do with him upsetting then unbeaten prospect Eddie Ramirez. On the surface Demarco losing 4 of his last 6 outings doesn’t bode well for a competitive main event. However, Demarco’s losses were to Jessie Vargas, Rances Barthelemy, Figueroa, and Maxim Dadashev, all 4 were undefeated at the time.

The second item, Jamal loves to get into exchanges instead of taking full advantage of his reach and boxing ability. In fact both of these men are somewhat underrated skill wise because of their love to brawl. As far as how this FS1 headliner will play out one can assume it will be action packed and it shouldn’t take long to pop off. Maybe I’m a homer being from Minnesota and all, but in this fight Jamal James will jab his way to victory and to an extent play it safe in an entertaining fashion. The Armory will be full of energy per usual due to the close proximity of the venue and rooting for a home state guy helps as well. It’s nice to see the local crowds continue to draw a minimum of 3,000 and upwards of 4,000 in attendance.

My Official Prediction is Jamal James by Majority Decision.

The co-feature matches heavyweights Robert Helenius with Gerald Washington in what is basically a loser go home scenario. Helenius’s last step up bout came in 2017 against Dillian Whyte when he went full 12-rounds. This will be Robert Helenius’s first time competing in America. Washington was shockingly stopped by Adam Kownacki in the 2nd round in January. Helenius may be long in the tooth but he is a fairly sturdy guy and has been around the sport longer then the former USC defensive lineman Gerald Washington. A two-way fight turns to one-sided suddenly via stoppage.

The prelims feature another crossroads matchup between Bryant Perrella and Domonique Dolton in a 10-round bout. Both prospects have lost twice and neither can afford another making for some urgency which should produce some desperation. Perrella returns to the Armory in his second fight in Minneapolis this year, defeating Breidis Prescott by a clean decision in February. Dolton is looking for his career best victory after falling short against Jamontay Clark, Justin DeLoach, and a draw to prospect Oscar Molina. Perrella will get out to a good start but look for Dolton to grind his way back in to this one making for a good fight down the stretch.