George Kambosos Jr wasn’t surprised at seeing Vasily Lomachenko destroy Masayoshi Nakatani in nine rounds last Saturday night because he always felt that the Japanese fighter was there to be hit.

Kambosos (19-0, 10 KOs) claims that he was trying to get a fight against Nakatani for a long time, but he couldn’t get it done.

According to Kambosos, Nakatani was already “battle-worn” before Lomachenko fought him last weekend. As a result, Kambosos didn’t view Nakatani as a “dangerous fighter despite his recent knockout win over Felix Verdejo and the tough time he gave Teofimo Lopez.

“Nakatani is battle-worn, he’s had his wars before, and it’s taken a toll,” said Kambosos Jr to Fighthype when asked about his thoughts on Lomachenko’s win last Saturday.

“I’ve chased Nakatani for three years when I was in Australia. Obviously, because of Australia and Japan, we’ve got that rivalry.

“I even offered to go to Japan and fight this guy and for dirt cheap. They kept knocking it back. We tried to bring him [Nakatani] here for big money.

“Nakatani is a guy that is there to be hit. So he’s not a dangerous guy in my eyes.

“Like I said, I chased him a long time ago, and I knew I would destroy him back then. What Lomachenko did to him is not a big surprise.

“No, because Loma was coming out with a vengeance and with Nakatani just there to be hit, and he’s only got one right hand.

Nakatani (19-2, 13 KOs) is definitely there to be hit, but it isn’t easy to stay in there with him unless you’ve got talent, excellent defense, and a good chin.

The 5’11 1/2″ Nakatani has only been beaten twice, which was against the best at 135 in losses to Lomachenko and Teofimo Lopez.

Many boxing fans would likely pick Nakatani to beat Kambosos Jr if that fight happened.

Even now, with Nakatani having been knocked out by Lomachenko, fans would probably view him as the overwhelming favorite against Kambosos.

“I think Lomachenko is the tougher fight,” said Kambosos Jr when asked to discuss how he would do against Loma compared to Teofimo.

“I think with his skill set, and with the way he moves, he’d be the tougher fight. Like I said, [Teofimo] Lopez is overhyped.

“He got him with a good shot, but he got very lucky, and he got super lucky with Lomachenko.

“If Lomachenko turned up like he did yesterday, there would be Lopez-Lomachenko.

“We would have had this fight already because Lomachenko would have made sure he didn’t get COVID. He would have followed every protocol,” said Kambosos.

After Lomachenko’s performance last Saturday against Masayoshi Nakatani, many boxing fans now believe that Loma will beat Teofimo when the two of them meet for the rematch in 2021 or 2022.

With that said, Kambosos Jr will have a huge amount of problems trying to Teofimo this year.

Teofimo walks around at a cut-up 160+ lbs, which means he’s really a welterweight, not a lightweight.

For his part, Kambosos is a true lightweight in size, but he doesn’t possess the power of the elite-level fighters in that weight class like Ryan Garcia and Gervonta ‘Tank’ Davis.

As a result, Kambosos is going to be completely overmatched in size and power when he gets in there with Teofimo, and he’s likely to be knocked out fairly early.

That’s not to say that Kambosos Jr is a bad fighter. He’s got some talent, but he doesn’t belong in there with the welterweight-sized Teofimo.

“Look, my style is great for both of those guys,” Kambosos Jr said about Teofimo and Lomachenko. “What I bring to the table.

“You can never doubt speed and explosive power and the ring IQ that I have and my footwork. All the positions that I have, and I throw three, four, five-punch combinations.

“My stamina, my fitness, and my belief, and my heart that I have to win fights. You can’t go against that. So it. It doesn’t matter if it’s Lomachenko.

“It doesn’t matter if it’s Lopez. I’ll come out on top. I don’t care what anyone says. I know what my abilities and we’ll be ready.

There’s nothing on Kambosos’ past ring resume that would suggest that he’ll do well against Vasily Lomachenko or Teofimo Lopez.

Even if you’re one of the few fans who felt Kamboso should have been given lopsided decisions in his fights against Mickey Bey and Lee Selby, those contests were still competitive.

There wasn’t much to set Kambosos apart from those two older fighters, and that’s the troubling thing.

If Kambosos was the real deal, he should have wiped Bey and Selby out because Teofimo and Lomachenko would likely beat either of them with ease.

Some boxing fans see Kambosos Jr as a guy with a warped view of his own ability or lack thereof. He thinks he’s better than he is, and the reason he has this view is that his promoters haven’t matched him against elite-level fighters yet.

The likelihood is that once Kambosos tastes defeat at the hands of Teofimo, he’ll need to reassess his own ability and face the fact that he’s not as good as he thinks he is.

There’s also the possibility that Kambosos is talking up the fight with Teofimo to bring in as many PPV buys as possible so that he can make as much money as possible.

If this Kamboso’s one shot at the big time, it makes sense to give the impression that he has an excellent chance of winning. 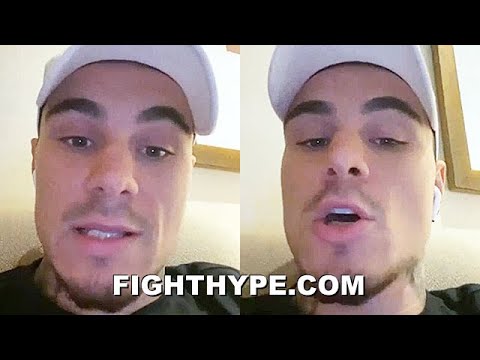