Who is the greatest light-heavyweight of all-time? Archie Moore? Gene Tunney? Bob Foster? Billy Conn? Michael Spinks? Or maybe Ezzard Charles? Throughout its long history, the 175 pound division has certainly seen some superb fighting men battling it out for supremacy, with many great fights fought at the traditional weight.

But the case is made here that Charles, who was never world champion at light-heavyweight (not afforded the opportunity during those dark days of racial discrimination), was and is THE finest of all light-heavyweights. 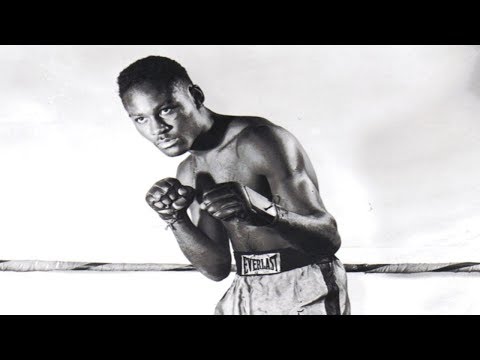 Born a century ago today in Lawrenceville, Georgia and later relocating to Cincinnati (where he was dubbed “The Cincinnati Cobra”), Charles began his fighting days as a featherweight. As an amateur, Ezzard compiled a hugely impressive 42-0 record. So awesomely gifted but also a fighter who was aghast at the idea of disrespecting his skills by failing to hone them in the gym, where Charles worked his very ass off, Ezzard went on to compile an almost ludicrous resume:

And then Charles moved up and he fought the top heavyweights!

Charles then twice came within a whisker of beating Rocky Marciano. The first fight, fought in June of 1954, when Charles was somewhat advanced as a fighter at age 33, saw the challenger lose a gruelling, close and action-packed 15 rounder. The return, at the same venue of Yankee Stadium in The Bronx, saw Charles almost tear Rocky’s nose from his face. Today, such a gruesome injury would have terminated the fight, but back then, “The Rock” was granted one more round (“one, because it’s for the heavyweight championship of the world,” referee Al Berl told Marciano when explaining why he was allowing him out for one more round, this the eighth, “and two, because it’s you”).

Never had Rocky’s crown been so perilously close to being taken. But Charles fell short once again, this in a division he should never really have been fighting in in the first place. Ezzard, at 6-foot tall and with a 73” reach, was perfectly suited to the light-heavyweight division. What a shame he was never granted a shot at the world title at 175 pounds.

Marciano, however, stated without hesitation that Charles was the toughest opponent he ever faced during his 49-0 ring career.

Charles in more recent years has massively inspired modern greats like James Toney. Ezzard was a fighter who had an astonishing array of tools, and he knew how to use them many years before his fellow fighters could ever have dreamed of doing some of the things he did in the ring.

Charles sadly passed away at the young age of just 53, this in 1975, the great man struck down by amyotrophic lateral sclerosis.